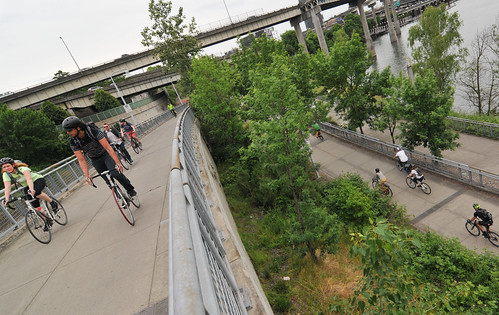 The Eastbank Esplanade, designed by a team led by Carol Mayer-Reed, is an unofficial stop on the ride.
(Photo: J.Maus/BikePortland)

The local chapter of the American Institute of Architects is honoring some of Portland’s urban design gems with a free educational bike ride Saturday that happens to include a trip along one of its most important bikeways.

The common link: Female designers are behind all eight stops on the approximately 10-mile tour.

The tour meets at the Portland Aerial Tram Biketown station at 9:30 a.m. this Saturday, Sept. 23, and finishes near the same site around 1 p.m., with lunch to follow.

It’s a project of Portland AIA’s ForWARD Committee: “Forum for Women in Architecture and Related Design.”

Here’s the route, starting and ending at 3303 SW Bond Avenue: 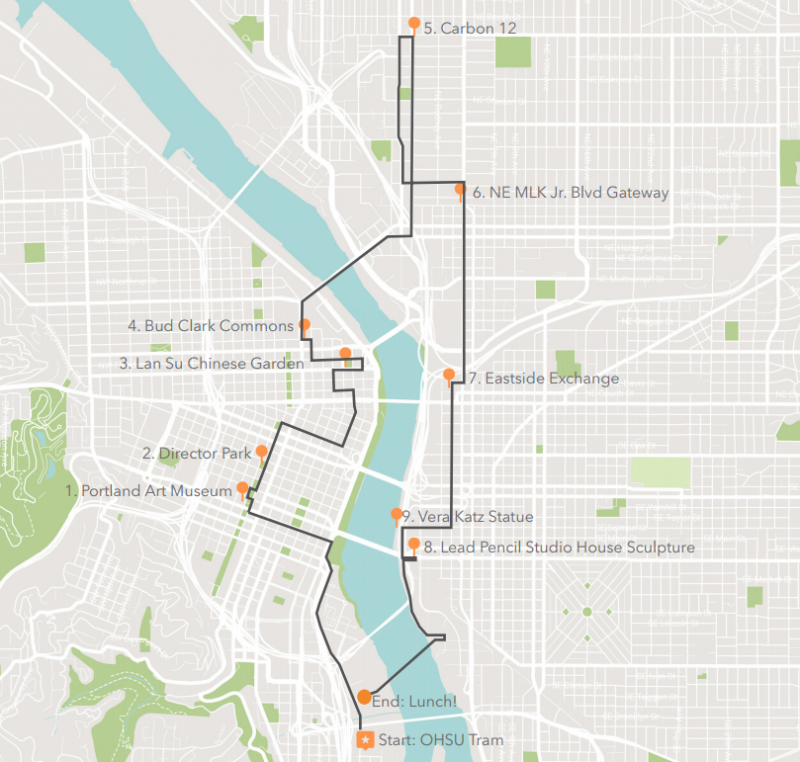 Free Biketown bikes are provided for those who’ve registered in advance. Unfortunately, online registration closes early Thursday evening, but we’re told that if you show up with your own bike, you probably won’t be turned away from the group.

This route has one section that seems a little sporty for a group ride, the mile or so Southbound on MLK which overlaps the trolley tracks.