Has Portland’s Lack of Gated Communities Contributed to Its Cycling Success?

Recently I was planning the route for a Puddlecycle ride called “The Two Bridges” that goes over both the I-5 and I-205 bridges staying on the Vancouver side of the Columbia River. The goal was to stay as close to the river as possible. This was initially easy, as Vancouver has the Renaissance Trail that you can hop on right after coming off the Interstate (I-5) Bridge. The trail seemingly ends a mile later at the Kaiser Shipyard where they built Liberty ships during World War II. But you can ride to the North around that yard on a wide sidewalk, and the trail picks up again on the other side.


But about 4 miles from the Interstate Bridge the path does come to an end at a gated community. Thinking I could ride around it and get back close to the river, I rode up to Old Evergreen Hwy and took the next road down to the river. But here’s what I encountered – another gated community, and no way to get down to the Columbia. 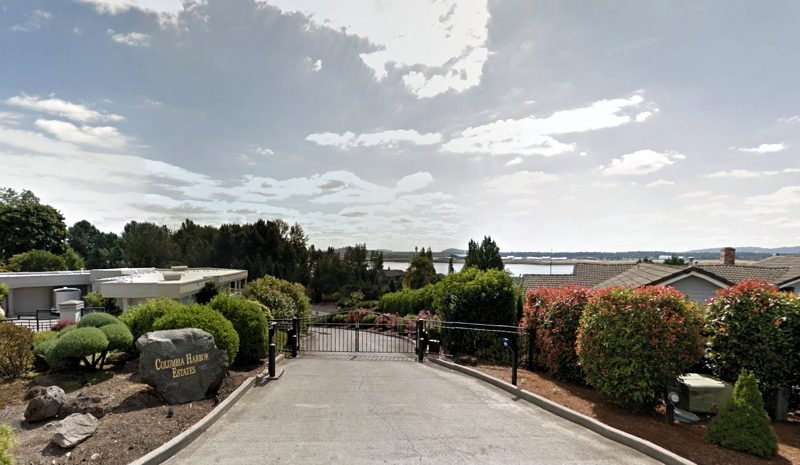 And it turns out that East of this there is a third gated community blocking access to the river. At that point I was getting close to the I-205 bridge and opted to stay on Evergreen Hwy. This got me wondering if the Renaissance Trail could be extended right on the bank of the Columbia, but as the following picture shows, this is unlikely to ever happen. Some of the houses are quite close to the water and others have private boat docks. 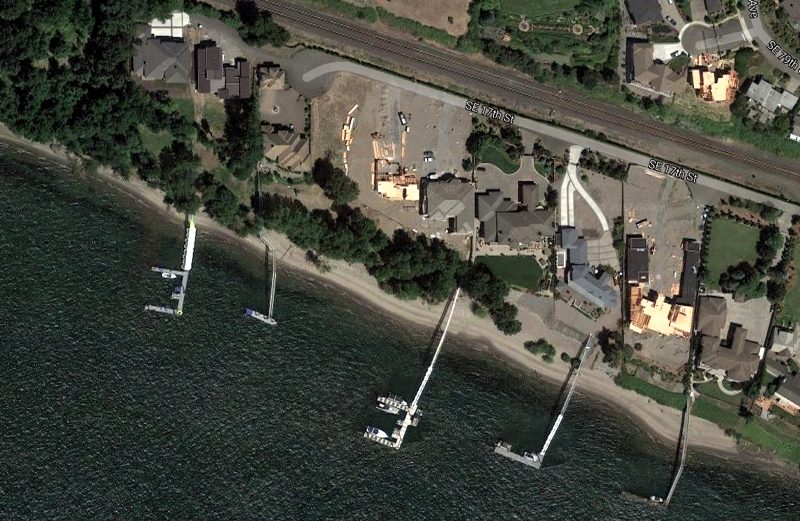 So why does Vancouver have gated communities, while they appear to be absent in the city of Portland? Taking to the Internet, I came across a 1997 Arizona State University article titled “Divided We Fall: Gated and Walled Communities in the United States” that describes the negative effects of building gated communities, which are pretty prevalent in other parts of the country like California and Florida. Here’s one of the concluding statements from the article: 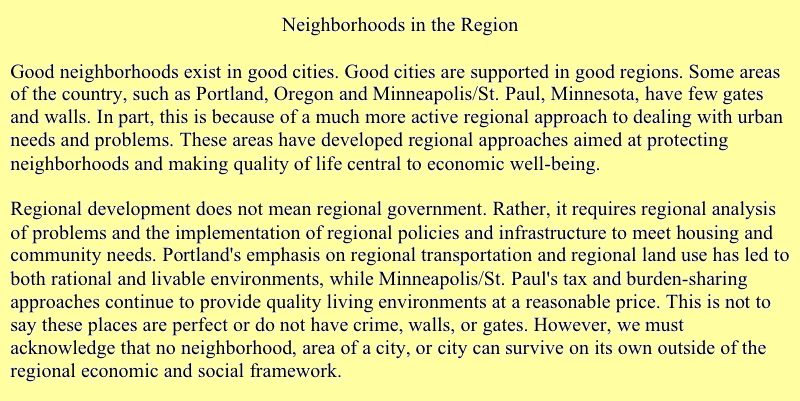 Keep in mind this article was published in 1997 and has nothing to do with bicycling, yet it cites what have arguably become the two most bike-friendly cities in the country, Portland and Minneapolis. Mere coincidence, or has the lack of gated communities been a contributing factor?

And by the way, that Puddlecycle ride is happening this coming Saturday at 1pm. But the direction has been reversed, so we ride North over the I-205 bridge and then West to the Interstate Bridge. The Red Lion Jantzen Beach is hosting a 100th birthday party for the Interstate Bridge from 3 to 6pm, and we’ll arrive there to attend that event. More details are on the Facebook event page.

gates are the worst. corporate campuses can also be problematic. and having a mostly complete street grid is important as well. Thanks for the article!

Good point on the industrial parks. There’s a big one in Gresham bounded by Glisan/Stark and 223/238 that looks like it can ridden through, but you come to a gate right in the middle of the park.

I believe I have read on BP about a West Hills gated community. Maybe it was on one of Jonathan’s ride guides?

I’d say “yes” to the headline. I live in Vancouver, have for almost 30 years. Think of cul-de-sacs as a form of gating; as we are cutting more of them through we have better cycling and walking neighborhoods. Portland, your gated-community test case is just across the river.

Tom–thanks for this thoughtful piece.

A theory–I’d guess most cities didn’t create gated communities 100 years ago. Most (I’d guess) are recent, created by private developers as a marketing tool for new subdivisions. To be created, there had to be large tracts of vacant land available. That means suburban areas.

A lot of Portland’s cycling success has been close-in, where cycling has some real advantages over driving (and parking). In the suburbs, which were developed after cars became prominent and thus are designed around car use, cycling is less popular.

Portland has some close in neighborhoods that were developed as entire, identifiable neighborhoods, such as Ladd’s Addition, Laurelhurst (which has “gates” but has public, open streets) but perhaps the concept of private-street neighborhoods hadn’t hit Portland yet in the 1920s.

Having said all that, anytime streets are privatized by gates or otherwise, that has to hurt cycling and walking.

Portland has some developments in the Johns Landing area in SW along the river and SW Macadam that aren’t gated, but they are private roads, with “private property–no trespassing”-signs. The Willamette Greenway Trail runs along the river in front of them, but there’s only one (I recall) street that connects through the developments to the river trail, and it’s signed to prohibit access.

So while the public can ride or walk along the river, the developments severely limit access to the trail from Macadam and streets west of that. The whole thing has to be one of the most anti-urban developments around–close in, but very low density, with no public access, and a suburban wasteland along Macadam. Several blocks on Macadam that should have main-street-type, street-facing buildings several stories tall instead present Macadam with parking lots buffered by landscaping, and no clue there’s a river behind it all.

Since it’s all condos, it will be almost impossible to ever redevelop it the way it should have been done, and might have been done if the City hadn’t cemented its anti-urban ideas with horrible zoning that still gets in the way of reasonable urban development there. That’s all on top of it being worse for biking and walking than if it were all public streets.