Welcome to this week’s roundup! I’ve reviewed 70 videos this week so I can share the best. Today’s first video (above) combines the beauty and history of Italy with some great road bike trials riding. Brunotti is super-talented. The “reverse front manual” is especially cool. (it’s from Giro, but there are no spoilers)

Vox has a great summarization on “how highways wrecked American cities”. It’s a nice 4.5-minute explainer. If you’re not going to watch it all, skip ahead to the 3-minute mark where it shows some before/after maps of neighborhoods.

Last week I included a BikeRadar video showing the UCI motor detection system. Here’s the official video from UCI. The tech is interesting, even though I’m tired of the topic.

Do you like watching amateur racing? Here’s a (damp) gravel race in North Carolina. (you can read the ride report too; if you like that, here’s a Missouri gravel race vid)

@kitchen and I went bike camping at Stub Stewart. Here’s a vid showing what it was like, including the CZ Trail.

This dude skateboards down super-steep hill in Los Angeles, which is steeper than anything in SF. (language)

The Cycliq Fly12 is a new camera+light. I got mine last week, so I took a test video comparing it to a low-end helmet camera. (see also: see also: DCRainmaker’s Paris test montage vid and intentionally ‘crashing’ with the camera)

The Giro is going on, but the rest of the riders are on TOC this week (including Sagan). Obviously I won’t spoil it for a while. Here’s a preview of the race itself:

And here’s a preview of the best riders.

It’s going on all month. I’m not going to cover it much because of spoilers. Any videos here don’t spoil the race or leaders.

A mechanic talks about the logistics of starting in Netherlands and then continuing in Italy:

GCN on the toughest stages of Giro over the years- basically, the coldest/snowiest days:

A preview of Stage 8, which includes Strade Bianche-style gravel:

See also, with spoilers: GCN’s rest day recap, looking at the bikes at the Giro, supercute stage recap from OGE (check out the Play-Doh elevation profile), rest day ride with OGE (and some interviews), OGE Stage 10 recap (including solely for the ass-grabbing).

This week’s honorable mentions: that’s carbon fiber, buddy! Full suspension! (language), climbing, paddling, and mountain biking through the southeast with Steve Fassbinder, highlights of the UCI Womens stage races at Chongming Island, OGE didn’t have rights to show the Giro, here’s their re-enactment of the opening stage, GCN, looking for the coolest tech at the Giro time trial, KymNonStop’s experience at the Red Hook Crit, DCRainmaker reviews the CycleOps Hammer trainer (competes against the Wahoo KICKR), BikeRadar’s trailbike of the year, and riding the Tour of California with the riders on Zwift.

Inclusion criteria: If I’ve missed something, post it in the comments! I prefer videos published in the last week or so. Note if there’s a specific point in a long video that is worth highlighting. Also note if there is colorful language. I will delay videos containing pro racing spoilers by 7 days.

Love the Highway Video. The case can be made that Portland is what it is today as opposed to being Houston or Atlanta is because of the Urban Growth Boundries and the stopping of two major highways in the 1970’s. But that was 45 years ago and most of our progress since then has been tiny increments. It is time for a bold vision as dramatic as what happened in the 1970’s. A good start would be to move all the auto dealers now clogging the inner east side to the burbs. Repurpose all that land to affordable housing and public space. The way they have become addicted to 7 year subprime auto loans to move their dangerous product most of them will be going down in the next recession anyway.

Dang, dude, get a proper longboard.

Fact: a long board would reduce the gnarly factor by 83%.

I think those little trick-friendly wheels are the reason I see so many skateboarders walking. Something like 65mm No Skoolz are more useful for actually getting around on.

These cameras are getting much cheaper and the idea of pairing one with a light seems obvious … until you consider night time glare.

Have any of these tested the least bit good for night recording quality?

Are any of the bike cameras running Black&White with IR illuminators to get better night recording the way CCTV security cameras have for decades?

Do we get better or worse glare from having a light near the camera lens and the forward axis of the FOV? If you’ve ever looked at long distance reflectors with a flashlight in your hand it is obvious that the closer the light source angle is to the line between your eye and the reflector the more light you will see.

Glare hasn’t been an issue with other cameras. I’ll test it in the dark sometime soon.

The Steel Bridge project is wonderful! Really fun to watch the CNC router at work.

Vote Up0Vote Down  Reply
« Late returns push bookseller Chloe Eudaly toward runoff with Novick in November
US DOT Secretary in Portland for ‘Smart City’ pitch, shares his views on transportation » 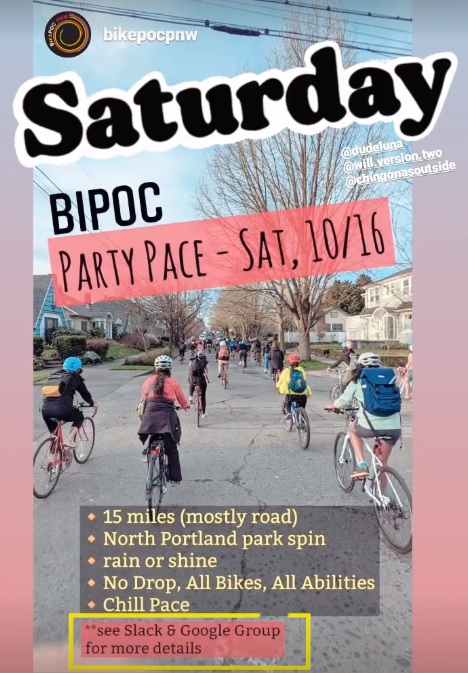