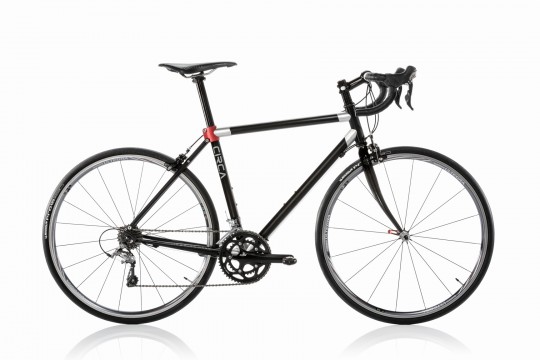 Watch for this bike made by Portland-based Circa Cycles on this Friday’s episode of Grimm on NBC.

Sources say this Friday’s episode of the hit NBC TV show Grimm, which is filmed here in Portland, will be very bike-centric.


The “Heartbreaker” episode will show actors riding road bikes, mountain bikes, and will even have several scenes at a local bike shop (where one of the episode’s characters work). We haven’t confirmed it with the show’s creators, but apparently Portland-made bikes from Circa Cycles, Breadwinner Cycles, and Tonic Fabrication are likely to get airtime.

Circa, a start-up brand we profiled back in August, is understandably jazzed about their prime-time debut and will host a viewing party at The Station on Alberta (2703 NE Alberta) where they’ll toast with a drink each time their bikes grace the screen.

Come on out to The Station Friday night! We’ll have a bike or two with us, if you’d like to check one out. The show airs at 8pm, but we’ll be there for a while before and after.