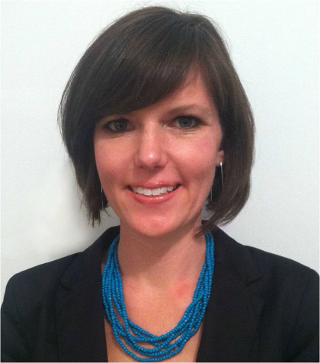 Both organizations are chartered by local governments to reduce auto travel by making it easier for people to reach their destinations by walking, biking, or taking public transportation.

The Westside TMA seeks to improve non-auto travel options throughout Washington County and is funded by a federally funded grant administered by Metro and voluntary dues from Washington County employers. The new Washington Park TMA will be funded by a similar Metro grant plus auto parking fees from people who bring autos to visit the park and its tenants: the Oregon Zoo, World Forestry Center, Portland Children’s Museum, Portland Japanese Garden and Hoyt Arboretum. 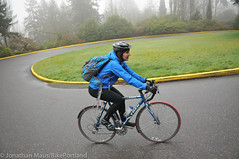 Auto parking space in Washington Park is crowded and sometimes spills into nearby neighborhoods. In the south side of the park, near the zoo, autos can now park for $4 per day. The Portland City Council agreed last year to plan for paid parking throughout, recommending rates of $0 for up to 30 minutes and $1.60 per hour, up to maximums of $6.40 during the park’s peak season and $4 during the off-peak seasons. (Those rates haven’t been finalized, due in part to some neighborhood associations’ objections to the paid parking plan.)

It’ll be McCarey’s job to help people access the park by modes that don’t require them to pay for auto parking. She holds a master’s degree in city and regional planning from Georgia Tech University Institute of Technology and worked at the Portland-based Lloyd TMA before being hired to run the Westside TMA back in March of 2011.

McCarey finishes at the WTA July 19, handing the reins to interim executive director Tracy Love-Silver, and will start at the WPTMA Aug. 5.

In an email Thursday, McCarey wrote that the TMA’s top accomplishments in her tenure included working with the City of Hillsboro on a major transportation grant proposal, exploring funding for a Tualatin shuttle that links employees to WES commuter rail, and working to develop “Open Bike Share, an exciting new bike share model that has the potential to increase mobility for suburban corporate campuses.”

“These innovative ideas have the potential to become the model for suburban communities throughout the country,” McCarey wrote. “As the Executive Director, I am proud to be leaving the organization in a stable position with the momentum to push our mission forward.”

What a pleasure to work with you, Heather. Thank you for your work with WTA. Looking forward to your leadership of Washington Park TMA!

Zoobombers should send her flowers of welcome to the neighbourhood. 😉

The Wash. Park TMA is in fine hands indeed with Heather leading their efforts. We’re excited about working with her!

One slight refinement to the story, if I may. While Metro is indeed a designated pass-through entity for distributing Federal transportation funds, it’s probably more accurate to say that both the Wash. Pk. and WTA TMAs were awarded two-year Regional Travel Options grants through a competitive process, and are thereby sub-recipients of the Federal funds.

Thanks, Dan. I hope the edit I’ve made resolves this issue.

I met Heather when she worked with Lloyd TMA. I thought she did an awesome job there. Congrats to her, this is cool.

Fantastic news for Portland. Feeling pretty optimistic about the new leadership around our city!

Congratulations to Heather! The WTA flourished under her stewardship as will the Washington Park TMA. Best of luck to her!