Two construction projects in the region have direct impacts to bike traffic. Learn more below…

Construction work on an ODOT project on Airport Way near the I-205 path is causing intermittent, short-term closures of the path between Marine Drive and Airport Way. The closures started last week (3/4) and will last through mid-June. Here’s more from ODOT Region 1 Transit and Active Transportation Liaison Jessica Horning:


“There will be a flagger at the site who will stop traffic on the path for up to 20 minutes while work is being done overhead and reopen the path to ped/bike traffic for at least 10 minutes before the next closure. Work in the area will be occurring during daylight hours for approximately 3 months.”

And here’s a map of the closure area: 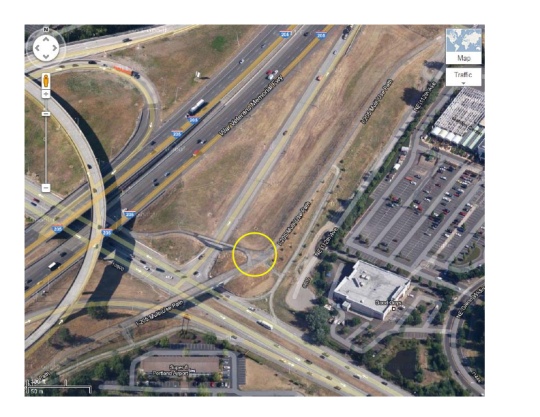 This work is part of ODOT’s I-205 NE Airport Way interchange improvement project now under construction. This two-year project will build a new on-ramp from Airport Way westbound onto I-205 northbound and extend the existing bike/ped bridge over Airport Way across the new ramp. See ODOT’s website for more information.

And Multnomah County says the gates to Riverview Cemetery will be closed from dusk to dawn on March 13th and 14th due to night-time blasting on the west side of Highway 43. The work is related to the Sellwood Bridge reconstruction project. We need to keep the public outside of the area during the blasting. “Signs will be placed at the west entrance to the cemetery before the blasting,” says County spokesman Mile Pullen.

JM:
It is my perception that these bike traffic advisories seem to be coming out with more reliability.

How are our transportation departments disseminating this sort of info on closures of bike trails, paths and major bike lanes?

Other than you discovering it from the ODOT and such is it just up to us bike and transpo wonks to find it “on display in the bottom of a locked filing cabinet stuck in a disused lavatory with a sign on the door saying “Beware of The Leopard”.?