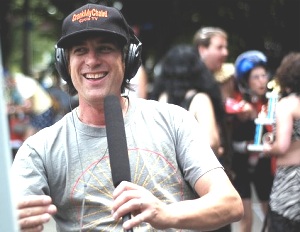 Dan Kaufman of CrankMyChain is at it again. The biking videographer, musician, songwriter, transportation activist (he in Salem right now rallying against the CRC project), talk-show host, and general renaissance man is set to debut his latest project tomorrow night: Open Bike Night.

The idea, says Dan, is an event that’s part poetry slam, part jam session, part film screening, and part social hour where a love (or curiosity) for bicycles is the common thread. Dan has been a part of the local bike scene for years, covering events from his Disco Trike and often broadcasting live to the web from the streets. He’ll bring that same technology to Open Bike Night as the entire event will be broadcast live to the CrankMyChain YouTube channel.


“This is an interactive event open to anyone who wants to participate in any way,” Dan writes on his blog, “Bring stories, short films, musical instruments, and any special expertise or talent you want to share.”

Velo Cult, a shop that is equal parts music venue, bar, and bike retail space, is a natural host for the event. Open bike Night is set for the next three Wednesdays in January. It starts tomorrow night at 7:00 pm. See the flyer below and check out CrankMyChain.com for more info. 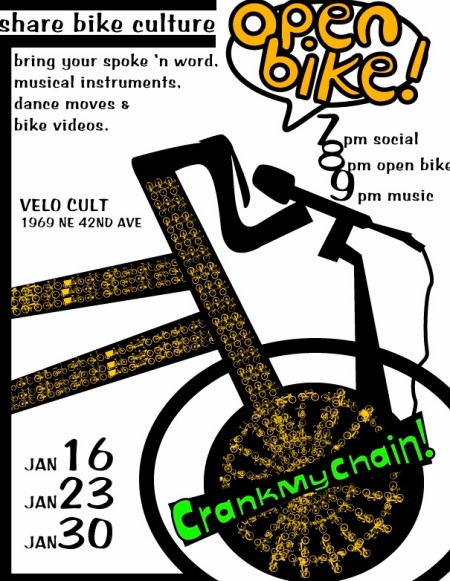