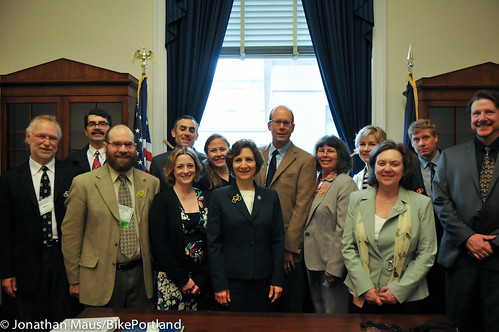 Oregon bike advocates pose for a photo in the office of House Representative Suzanne Bonamici.

It’s the big lobby day at the 2012 National Bike Summit and I’m just one of 800+ other advocates on Capitol Hill. Our goal today is to make the case for bicycling to our House and Senate members and encourage them to pass a “clean” (meaning keep all provisions as they are) extension to the existing transportation bill. The timing could hardly be any more critical as both the House and Senate are actively maneuvering in an effort to pass something before the current transportation law expires at the end of this month.

We’re fortunate in Oregon in that almost all of our Congressional representatives are supportive of bicycling. But even so, we are here to share our stories, update members and their staff about how bicycling in impacting Oregon, and to encourage them to be champions for our issues among their colleagues. Below are some notes and more photos from the first part of our day… 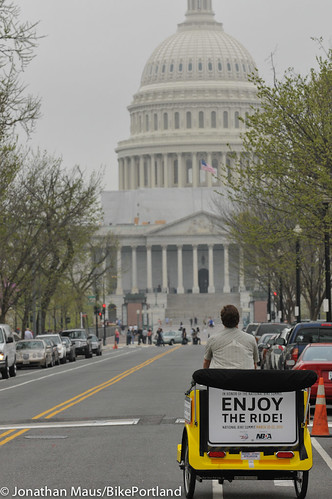 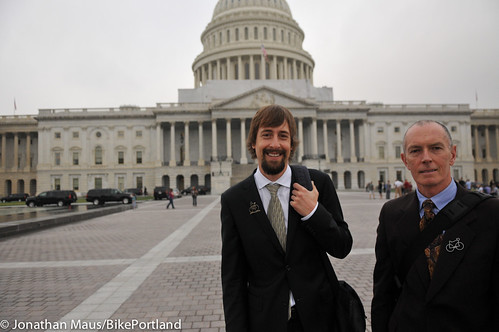 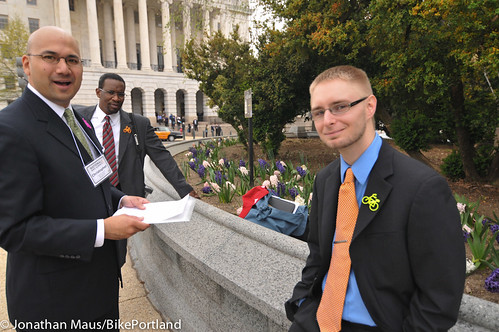 Members of Bike Cleveland strategize in between meetings. 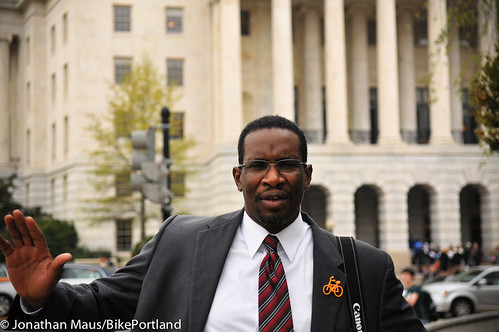 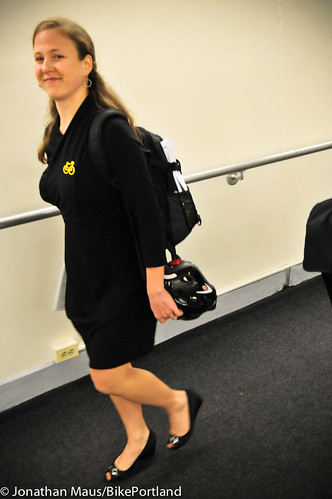 At a meeting this morning, we got our first chance to sit down and chat with Oregon’s newest member of Congress, House Representative Suzanne Bonamici, who was elected back in February to replace David Wu. 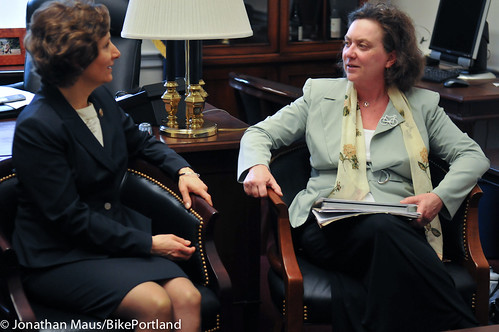 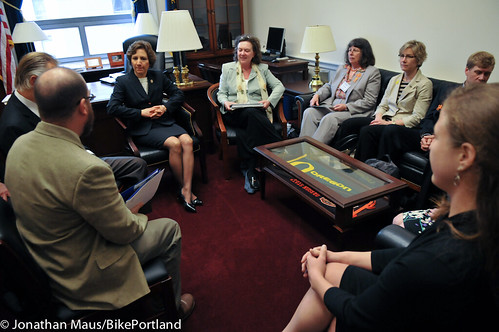 Bonamici’s district includes Northwest Portland, which happens to be the home of two Bike Gallery stores, Chris King Precision Components (which employs 94 people) and Rapha Apparel. Representatives from all three companies were at the meeting today to make the case that “bikes means business.”

We thanked Rep. Bonamici for her “no” vote on H.R. 7, to which she said, “It was dreadful,” and that “funding roads by more offshore drilling is wrong on so many levels.”

Also at the meeting was Sheila Lyons, the bike and pedestrian coordinator for the Oregon Department of Transportation (ODOT). Lyons reminded Bonamici that $15 million in biking and walking-specific projects has been spent in her district in the last four years.

Bonamici and her Chief of Staff Rachael Bornstein were both very supportive and engaged with our issues. It’s good to know Oregon has another strong ally in the House.

I also sat in on a meeting at Rep. Earl Blumenauer’s office. Blumenauer had to leave early to speak at a State Department function with Secretary of State Clinton (that’s about the only thing that could keep him away from bike advocates). In his place, we had a very productive conversation with his Legislative Aide Tyler Frisbee. 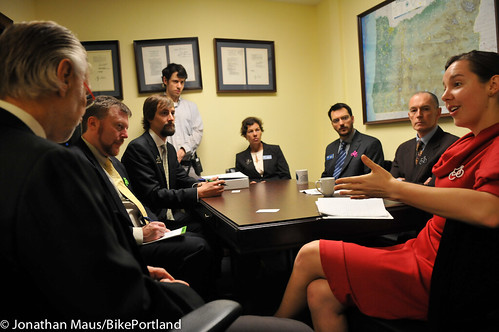 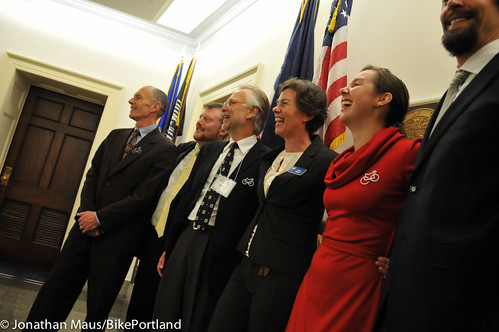 With Blumenauer so on board with bike issues, our conversation focused more on strategy and information sharing than “asks” for his support.

Executive Director of the Community Cycling Center, Alison Hill-Graves, spurred a great discussion about “building a new type of bike economy” in Portland through grassroots empowerment and broadening the base of bicycling into more communities.

Stay tuned for more photos and notes from our day on Capitol Hill.

— This is ongoing coverage of the 2012 National Bike Summit, which is being brought to you by Planet Bike.

I love reading articles like this. Right here is a perfect example of how democracy is SUPPOSED to work; citizens engaging the people who represent us face to face and telling them what WE want them to do.

I completely understand why people get frustrated with government, but let’s face it – government’s failure is our failure. I don’t know if it’s laziness, a lack of understanding, or just a lack of will, but our elected representatives often make stupid decisions because we don’t hold their feet to the fire. How many people can honestly say they’ve written a letter to their government representatives anytime in the last year? I’m not talking about some pre-written form petition you clicked on on-line, but an honest to goodness letter from scratch? How many people can honestly say they’ve ever picked up the phone and called their representatives?

Sorry, I know I’m ranting and I’m not trying to come across as being particularly better than anyone else. This is just a long way of saying thanks to all the folks in DC doing this.

Great work Jonathan. You should be in that picture. And someone should be holding a picture of Sunday parkways. We’re all in in it together and interdependent.