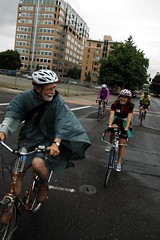 The City of Vancouver has awarded a $70,000 contract to Alta Planning and Design to promote biking, walking, ride-sharing and transit into downtown Vancouver. The project is set to officially roll out in January.

According to Vancouver Senior Planner Jennifer Campos, the purpose of the pilot project, which was paid for through a combination of two federal grants, is to garner support for creating a Business Improvement District (BID) to fund a proposed Transportation Management Association (TMA). The pilot project would attempt to demonstrate that outreach programs can be successful in reducing single occupancy automobile trips in downtown Vancouver, according to Campos.

“I hope we will do this pilot program for a year and then reach out to the business community with the results and see if they will be interested in a Business Improvement District fee for the Transportation Management District,” she said.

The Portland region has a robust network of TMAs that are actively involved in promoting biking, walking, ride-sharing and transit. There are currently TMAs up and running in the Lloyd District, Swan Island, Washington County, and most recently the South Waterfront.

There was just one glitch in the proposal in 2009. According to Campos, the business community wasn’t sold on the idea of the TMA and were hesitant about creating the required tax district. “They were not sure of the benefits,” said Campos. 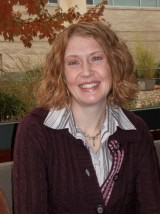 Their reluctance to create a tax district for this purpose wasn’t due to a dislike in reducing auto traffic. According to a 2009 survey, downtown businesses understand the problem:

“Key Stakeholders Interviews,” reads an analysis of the survey by Campos, “found near unanimous agreement that efforts need to move forward to reduce the number of employees arriving to work in cars. Few, if any, felt the current relationship to auto commuting was sustaining or wise.”

Campos said she expects Alta’s one year outreach effort to increase non-single occupancy commuter trips in downtown Vancouver by just over 3%. According to Campos, the targeted increase in mode splits are: 0.5% increase in mass transit use, 1.0% increase in biking, 1% increase in walking, 0.67% increase in ride share use.

Campos said the mode spilt increases are a “small, but crucial” step in reaching Vancouver City Center Vision goal of “at least 35%” of future downtown commuter traffic being from non-single occupancy motor vehicle modes. Based on the 2009 survey results, the city estimates there are 10,000 employees in downtown Vancouver with less than 1% biking, less than 1% walking, 3% using mass-transit and 8% using ride share (carpool, vanpool).

Also, according to the 2009 survey results, 60% of downtown employees live within the City of Vancouver and 53% of employees do not pay for parking, while the average cost for those that do pay for parking is $2.29 per day.

Presuming the 10,000 downtown employees is still a valid estimate, the targeted 3.17% increase in “alternative commuting options” works out to 317 additional people switching from a single occupancy motor vehicle to either mass transit, biking, walking, or ride share.

Alta isn’t ready to comment on its expectations for the project or on Vancouver’s ability to reach the targeted mode splits. “We are just getting started on [the project]… and at this point we haven’t made firm decisions,” Alta Program Manager Jessica Roberts responded via email.

Jennifer works long and hard for the biking community in vancouver and they have made some real nice progress the last few years, keep up the great work jennifer.

I love the fact that Vancouver’s cyclists keep plugging ahead despite resistance from business, the city, the county and insults from Portland. It’s easy to rally behind bike projects in Portland when its the trendy thing to do, but how many of us Portland riders would keep going to public meetings after years of being bushed aside? The Vancouver cyclists that are pushing ahead today will be the ones credited with the city’s success tomorrow.

Keep up the hard work!

If its easy to get behind bike projects in Portland, its because some of us have been riding and advocating for better bike facilities for years. I remember not too many winters ago knowing almost everyone who rode by name. My memory of my last ride in downtown Vancouver…that’s me with Mia in the photo…was of wide streets and few cars. They could use more trips of all kinds there. Of couse downtown Portland always strikes me as semi-deserted…where is the congestion?

Joking aside, it’s great to see progress, however small, in Vancouver. I try to compare Vancouver not to Portland, but to my old home city in Florida. Put in that perspective, Vancouver isn’t so bad.

Yes, Portland, you really do have high expectations. That’s a good thing and let’s not back off of what we expect here, but let’s remember that not every city is Portland, so it isn’t far to expect Vancouver to have the same infrastructure that we enjoy. Give them time.

there’s a downtown vancouver? who knew…

Hush money project. This is why you won’t see Mia Birk or any Alta staff saying anything bad about the $5 billion CRC freeway project. They respond to questions with a well crafted speech: The CRC is complex and will never get funding so the bike community need not worry.

The people trying to sell the CRC are using their connections to create some key hush money contracts in the bike community.

Why don’t they just offer a free bike to the first 317 people that want to bike to work? or perhaps free pankcake breakfasts to bicycle commuters?

I’d say Vancouver’s been doing pretty well. The part of Clark County I live in is really easy to get around by bike in.

The mile north of the river is WAY easier to bike than the mile south of the bridge.

(Well except when Jersey barriers are shoved over by car crashes or Red Lion decides to park cars on the bike lane, anyways.)

Honest, I spent an extra 3 min. and figured out this was Vancouver, WA, right?

It just needs 1 extra abbreviation for an accurate geo-locator.

If you are going to presume “Vancouver” refers to a city in a foreign country, not the adjacent city, I’m not sure any geographical identifiers will help you.

Here’s some info to help increase your local geographical knowledge.

Concerns I have with this project:

The 3% increase is really, really small, even for a one year program. Sampling error can easily sway the results either way.

$70,000 with a goal of 317 new alternative commuters works out to about $220 per commuter. Not sure if that is a cost effective outreach program or not.

With only half the employees paying for parking and the other half paying less than $2.30/day, I’d say the best way to reduce driving is for the City of Vancouver to raise parking rates (or stop funding parking garages).

When was the last time an employee in downtown Portland paid $2.29 to park all day?