A story published today in the New York Times confirms previous speculation that America’s Highway Trust Fund is all but empty.

Here’s a snip from the NT Times story:

“Because the fund is draining away so fast, the Transportation Department will have to delay payments for the local projects, or reduce their amount, Ms. Peters said at a mid-day news conference.”

John Horsely, executive director of the American Association of State Highway and Transportation Officials (AASHTO) put what this means to states in blunt terms. He told the NY times that this situation has,

“…grave repercussions for the states, for hundreds of thousands of workers in the construction industry and the driving public.” 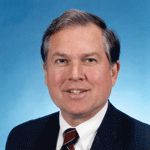 Of course, the culprit for this emergency is actually a positive thing for our country — Americans are driving billions of miles less than they have in previous years. Unfortunately, because of the broken way we fund the Highway Trust Fund pay for transportation infrastructure (the Gas Tax), this means less dollars in federal coffers.

I think it’s clear we can’t count on Transportation Secretary Mary Peters to think of new ways out of this mess (which may be moot because she might not be around after the election), but I hope Mr. Horsely can flex his muscle at AASHTO for some new solutions and perspectives on transportation funding.

I bristled a bit at his “the driving public” comment. What about the growing number of Americans who don’t drive?

Remember Mr. Horsely’s address at the National Bike Summit back in March?

He said that AASHTO has set a goal to cut the rate of growth in VMT by 50% in 50 years (by 2055). Horsely also assured the crowd that he understands the need to shift more trips away from motor vehicles and toward biking, walking, and taking transit.

So this seems like a perfect opportunity to seize the moment and push toward more policies that will continue to encourage better transportation habits by more Americans.

But, for now, it seems like Washington will just throw money at the problem. The NY Times story reports that the House has passed an $8 billion bill that will allocated general federal revenue to “finance highway projects” and that it is like to pass so that “the states do not suffer.”

Read, Federal Highway Fund Running Out of Money at NYTimes.com.

This leads one to question whether Mr. Horsely truly understands the REAL need to shift trips away from motor vehicles.

So if we can\’t count on federal funding for projects that are in construction right now, how in the world are we going to pay for the CRC?

Don\’t you worry about a thing. No matter what happens this coming November, the trucking,construction, and auto industries will grease their GOP buddies whilst the Teamsters and worker\’s unions ply their Democrat friends and we\’ll have a highway funding solution ready for President Obama or McCain to sign before next summer.

Highway funding is a truly bipartisan cause.

thanks for catching that 3speeder.. i have corrected the story.

Well that\’s an interesting problem. Every solution creates its own problems doesn\’t it? I\’m sure it will all work out, they will just find a new way to make people pay taxes. It shouldn\’t be too difficult. I just hope that the backlash of this doesn\’t result in people driving more.

Mary Peters is priming the pump to raid public transit funding. The article mentioned how only the transit account was fully funded and even had a surplus. I am sure raiding these funds will be presented as the only solution a reasonable person of the \”driving public\” would choose. The Times did their part in the propaganda campaign by implying only big city lawyers would object.

The term \”big city lawyers\” is appearing as a derogatory label. Do you think the editor might be referring to that lawyer from Chicago? What is his name? O…. something or other, you know, the black fella with large ears and a nice way about him. I can\’t seem to remember his name….

Jonathan, you said that the gas tax is the principle manner by which roads are funded in this country.

This is a common and very pernicious misconception, especially on the part of motorists who believe that we (cyclists) do not pay for the roads.

The figures I have heard indicate that the general fund accounts for between 80% and 90% of the funds for roads. Perhaps the gas tax only funds new road projects?

I am disappointed that you would report (or relay) this urban legend yet one more time. If you pay income tax, you pay for the roads, and there is no financial argument for treating cyclists as second class road users.

Note for the record that I believe that is the way it should be, as well. Having a good road to your house benefits me personally and economically, even if I never visit you. We wouldn\’t want a pay-as-you-go system for road users; it would stifle commerce and emergency services.

Meanwhile we\’ll take our $150B economic stimulus down to Walmart to buy Nikes and circulate it right out of the American economy. I wonder how many jobs would be created laying $150B of rail.

djasonpenny (#9): thanks for the clarification! I\’m tired of being accused of \’not paying my fair share\’ as a bicyclist, though I own cars, property, pay income tax, etc. People don\’t seem to jump at refunding me when I send their kids to school…

I don\’t know that gas tax isn\’t the wrong way to fund highway repairs. The problem is that the gas taxes are too low compared to the costs of seismic retrofits, resurfacing, etc. No politician I\’ve seen has the intestinal fortitude to raise federal or state fuel taxes, and Mary Peters is just as vocal speaking against a federal rate raise as she is sounding the alarm that the fund is over $3B in deficit.

Maybe we could get Asian investors to fund that deficit too? 😉