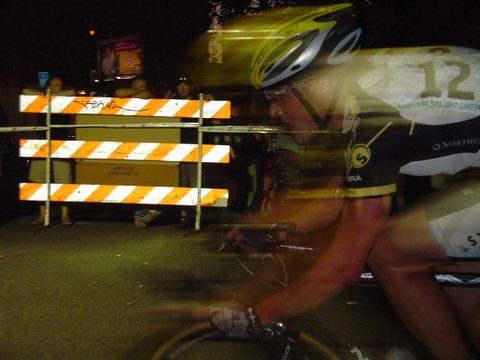 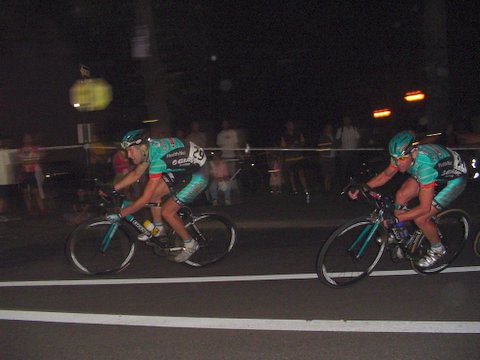 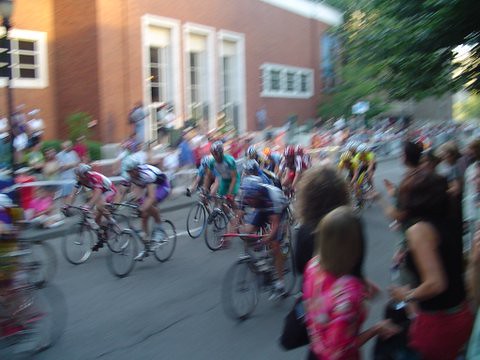 Bikes, beers, bands and burgers. You couldn’t go wrong at last night’s Twilight Criterium at the South Park Blocks in downtown Portland. The racing was all-out and the scene was massive. Thousands of bike-lovers from all over the city converged on the event. They were treated to a great event that featured the best athletes and bike racers in the country.

And when the sun went down, the racing got even crazier. Imagine flying on your bike at 35+ mph, elbow-to-elbow with your competition, then diving into sharp, dark turns full of screaming crowds and live music flowing through the air! The vibe was electric.

The Community Cycling Center was on hand parking bikes. River City Bicycles owner Dave Guettler was jammin’ with his “Six Fingers” band, the OBRA crew were on top of the action, and Widmer brewing couldn’t pour beer fast enough.

It was an amazing night for Portland bike racing and I think this event is destined to become a classic on the racing calendar for years to come. Big props to the promoters and everyone involved. I’m looking forward to next year!

(make sure to see the great photo of local racer and coach, Michael Manning on the front page of today’s Oregonian Sports section)

Great race. Too bad there was not more than just a picture. I was at the finish line area the whole race and did not hear about the crash. Splinter did a geat job. But the race needs moniters to show more of the coarse. Too much happening on the back side to really get an idea of the whole race.

Vote Up0Vote Down  Reply
« Bike There! map and Google Earth
Bridge Pedalers take over the city »