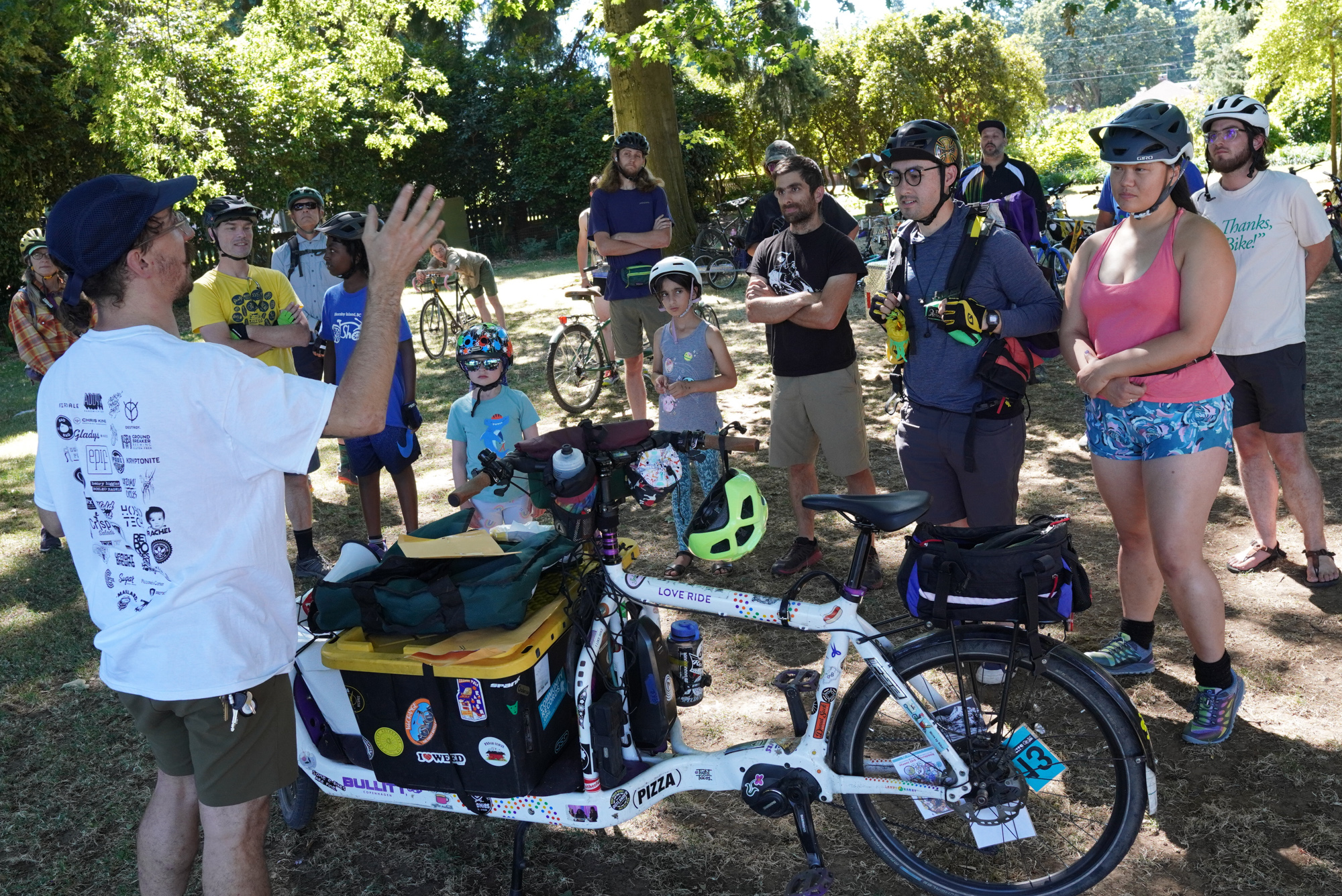 The Carry Shit Olympics event drew a wonderful mix of people and bikes to Peninsula Park in north Portland Tuesday night. In true everything-is-a-cargo-bike spirit, some people showed up on bikes with pannier racks, there were a few traditional bakfiets front-loaders, a few longtails, a homemade rig, and even an electric, off-road trike with big knobby tires.

The event was organized by Zack Reinhardt (@zackpizzabikes on Instagram), a 30-year old cargo bike evangelist who moved to Portland from Pennsylvania three-and-a-half years ago. “I basically just wanted to put on a cargo bike race a little bit more relaxed and underground than DRT [Disaster Relief Trials, the large-scale event that happened back in June],” he told me at a checkpoint along the route.

Here are just some of the bikes that showed up:

The mix of riders was amazing to see. Several folks showed up with kids in tow and my estimate on the age-range was 6-60+ (see them in the video below). They received a manifest at the start and had to navigate to checkpoints throughout north Portland from Overlook Park to Kelley Point Park. At those stops they had to pick up a variety of cargo. There were extra points for filling up a bag with trash found along the way, or for interesting ground scores.

Why put on an event like this? For Reinhardt, it was just an excuse to have fun on a summer weeknight in Portland during Pedalpalooza. But there’s also an advocacy element:

At the end spot on a beach in Kelley Point Park, Reinhardt tallied up the scores and volunteer Anthony Dryer was there to grab photos of a few of the winners:

Check out a few more actions shots in the gallery below: