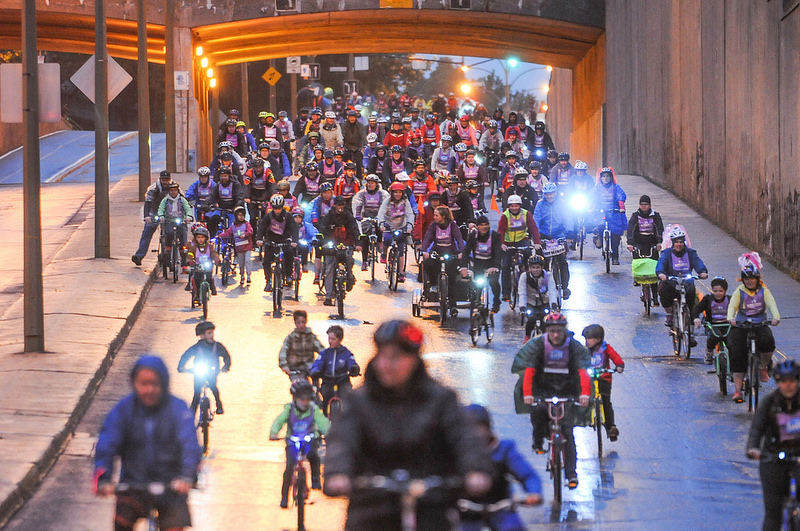 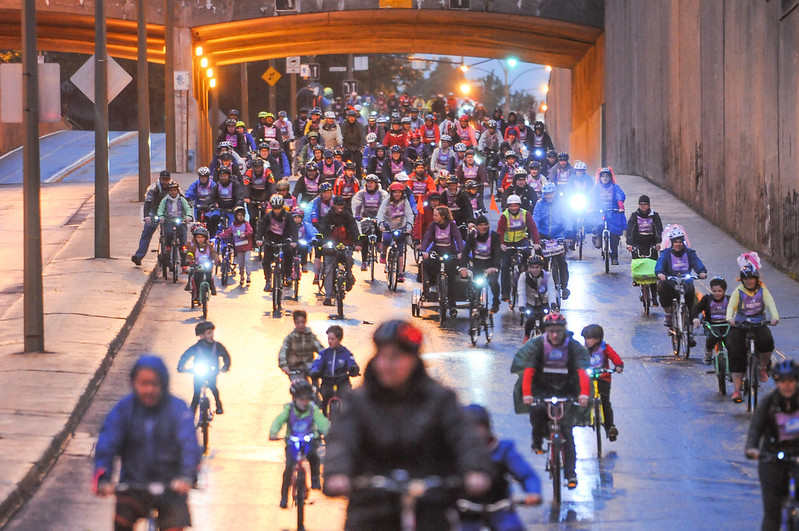 Rolling down Rue Berri near the start.
(Photos: J. Maus/BikePortland)

If you were in charge of a bicycle advocacy organization and needed to raise awareness about the importance of using lights at night, what would you do?

19 years ago Vélo Québec decided to have a night ride. They called it Tour la Nuit. The first year a few thousand people showed up. Tonight, under cool and rainy skies, I joined about 15,000 other people on the 12-mile route. We pedaled on gloriously carfree streets from the city center to an industrial area south of town, and then back again.