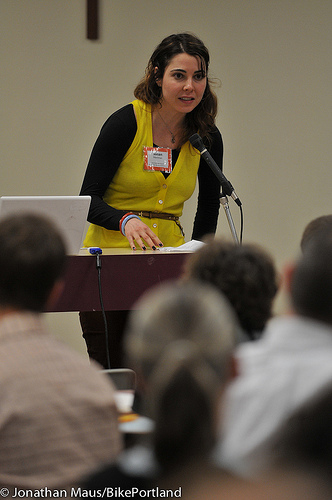 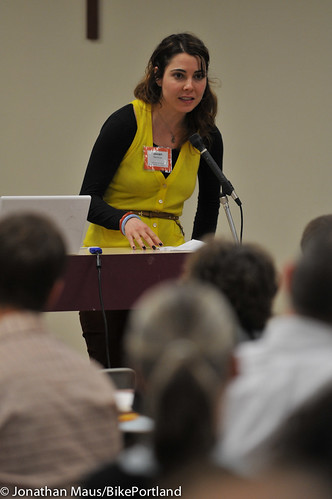 The need for culture-change at the Oregon Department of Transportation is something we talk about a lot here at BikePortland. So we were thrilled to hear that the agency is on something of a hiring binge in their active transportation section. And it comes at an important time — ODOT’s advisory body is set to adopt a major update of the state’s Bicycle and Pedestrian Mode Plan tomorrow.

The big news is that former Bicycle Transportation Alliance and PSU Transportation Research and Education Consortium staffer Susan Peithman has just been hired as the Active Transportation Policy Lead. This is a welcome injection of fresh perspective into an agency that’s trying shed its cars-first reputation. Peithman isn’t just a whip-smart advocate and former consultant (with Alta Planning + Design), she’s put her volunteer time into the policies she’s now going to help steer. Peithman, who lives in northeast Portland and is a relatively new mom, had been vice-chair of the Oregon Bicycle and Pedestrian Advisory Committee for the past three years.

You might also recall Peithman’s past cycling exploits from coverage here on BikePortland. There was the time in 2012 when she was part of the winning team at the Rapha Ladies Prestige race in San Francisco, and she was also one of three Portland women who attempted to ride the entire Tour de France route. Also in 2012 Peithman was the BTA’s representative on the controversial North Williams Avenue Traffic Safety Project.