Another person has been killed by a driver while trying to walk across North Fessenden Street.

According to the Portland Police Bureau a woman was hit while crossing near North Polk Street at around 10:30 pm last night. The driver of a red sedan sped away and is still on the loose.

This brings the toll to two deaths and two serious injuries in the past 15 months.

Just over one month ago we reported that Fessenden was in crisis. Five days later, on March 1st, Portland Bureau of Transportation Commissioner Chloe Eudaly stepped in. “This latest tragedy has shaken the community,” she wrote on Facebook, “and I understand why.”

Eudaly took action by expediting a change to the speed limit from 35 mph to 25 mph. She had city crews install the signs immediately. Speed reader boards have also popped up on the street.

But it’s clearly not enough.

PBOT knows this. They’ve been harangued by local residents and activists like Donna Cohen, leader of the Citizens for a Safe and Attractive Fessenden/St Louis/Lombard Facebook page.

Cohen and others have clamored for long-promised safety upgrades like median islands, flashing beacons, curbs extensions, a new lane configuration, and more. PBOT’s St. Johns Truck Strategy Phase 2 project will deliver these upgrades; but it has taken what feels like an eternity to materialize. The plan itself was adopted by council in 2001. The grant to build Phase 2 was accepted in 2010 2013 and engineering and design recommendations were completed in 2013.

PBOT finally received FHWA approval to proceed with the $5 million project in October of last year and construction is finally underway.

For Cohen and other residents, it didn’t come soon enough. On her group’s Facebook page today, Cohen pointed out that PBOT’s plans call for a new median island and crossing on N Tioga Street — just one block from where the woman was killed last night (see graphic above). “If PBOT had not dragged their feet on this project this is what would be at Tioga now – a 16′-wide median island. You cannot go nearly as fast around a 16′ median island as on a narrow island or a straight-away.”

This is the third traffic fatality in Portland in less than 24 hours and the sixth in the past four days. So far this year 14 people have died on our roads, eight of them were walking.

Family identifies 82yo Sandy Bosch as woman killed in hit & run Wednesday night. It happened at North Fessenden & Polk. Sandy was a mother & grandmother. The suspect vehicle is a red sedan & it should have damage. pic.twitter.com/pTyTaPPz3q 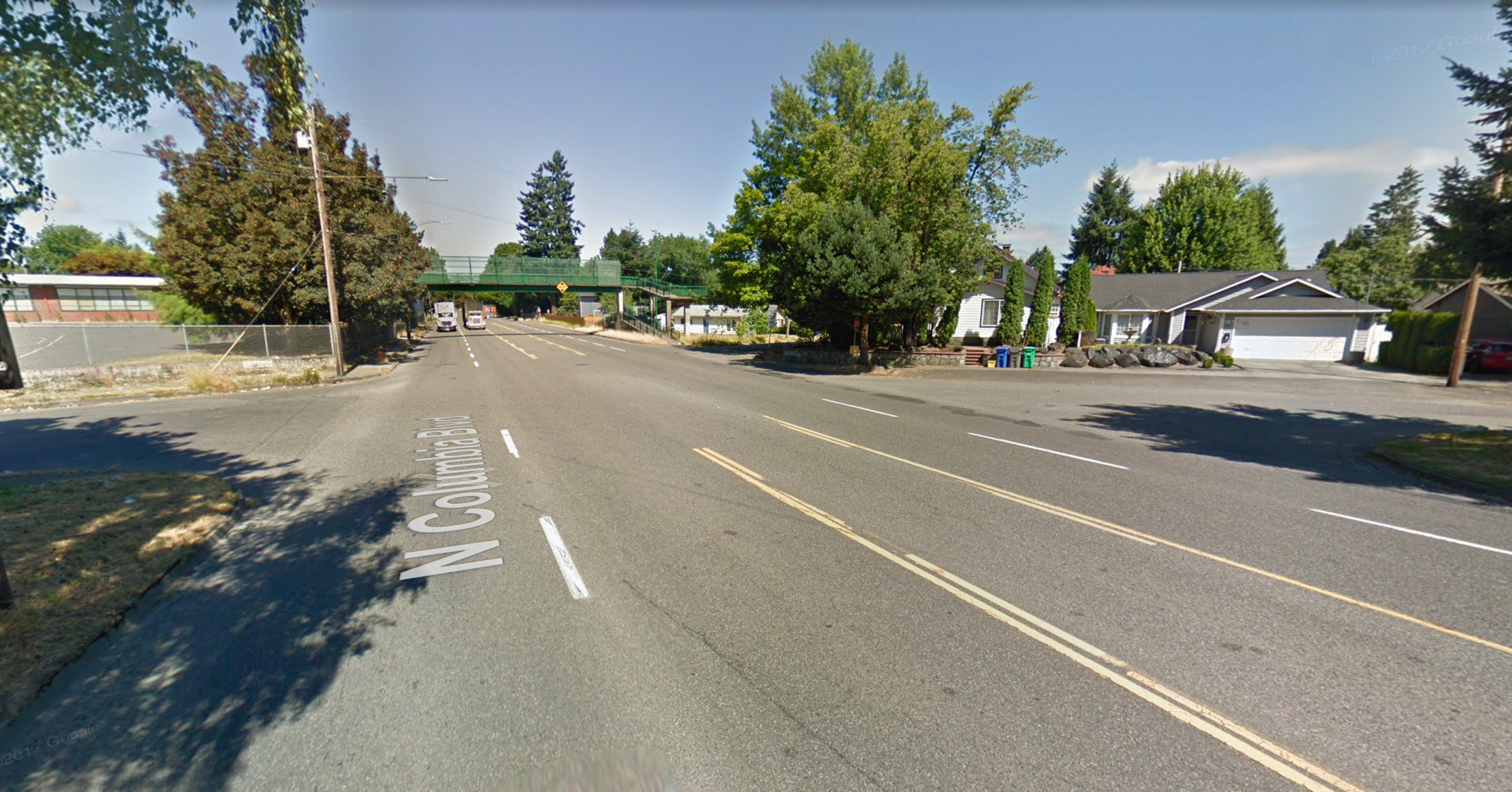 Like so many intersections throughout our city, the crossing of North Columbia Boulevard near George Middle School in the St. Johns neighborhood is a ticking time bomb. It’s where teenager Bradley Fortner was struck and nearly killed by a driver while walking to school in 2016, and it’s the intersection that spurred Speaker of the Oregon House of Representatives Tina Kotek to host a town hall three months ago. 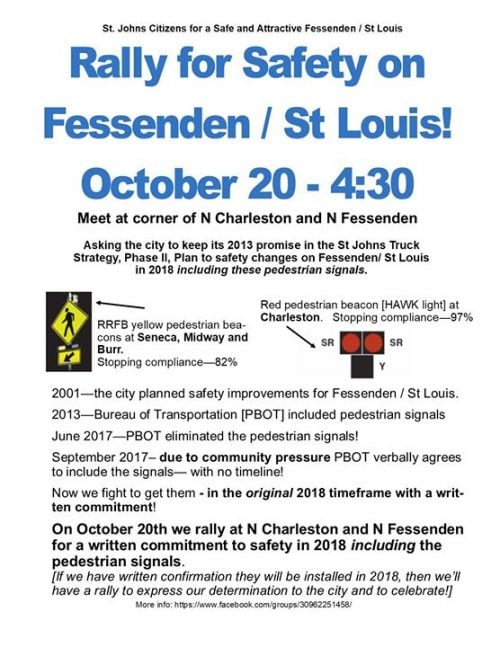 This Friday (10/20) a group of St. Johns residents calling themselves Citizens for a Safe and Attractive Fessenden/St Louis will hold a rally to demand that the Portland Bureau of Transportation follow through with promises. Fessenden/St.Louis is a neighborhood collector street between Columbia Boulevard (to the north) and Lombard (to the south). Residents PBOT to fully implement the St. Johns Truck Strategy Phase II project that was approved after a 17 month public process in 2013 (as part of the St. Johns Truck Strategy adopted by City Council in 2001).