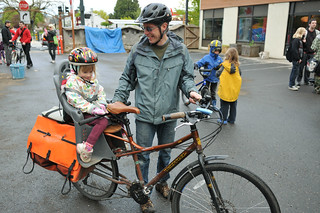 The City of Portland has just compiled the numbers from their fall 2012 Safe Routes to School parent survey. The results show an encouraging upward trend of biking and walking rates. In fact, 10.3 percent of the fall 2012 survey respondents said they biked to school. That’s a 36 percent increase from fall 2011 and it’s the highest bike mode share recorded they’ve ever recorded.

When taken together, the walking and biking mode share is 42.7 percent — an increase of 38 percent since 2006.