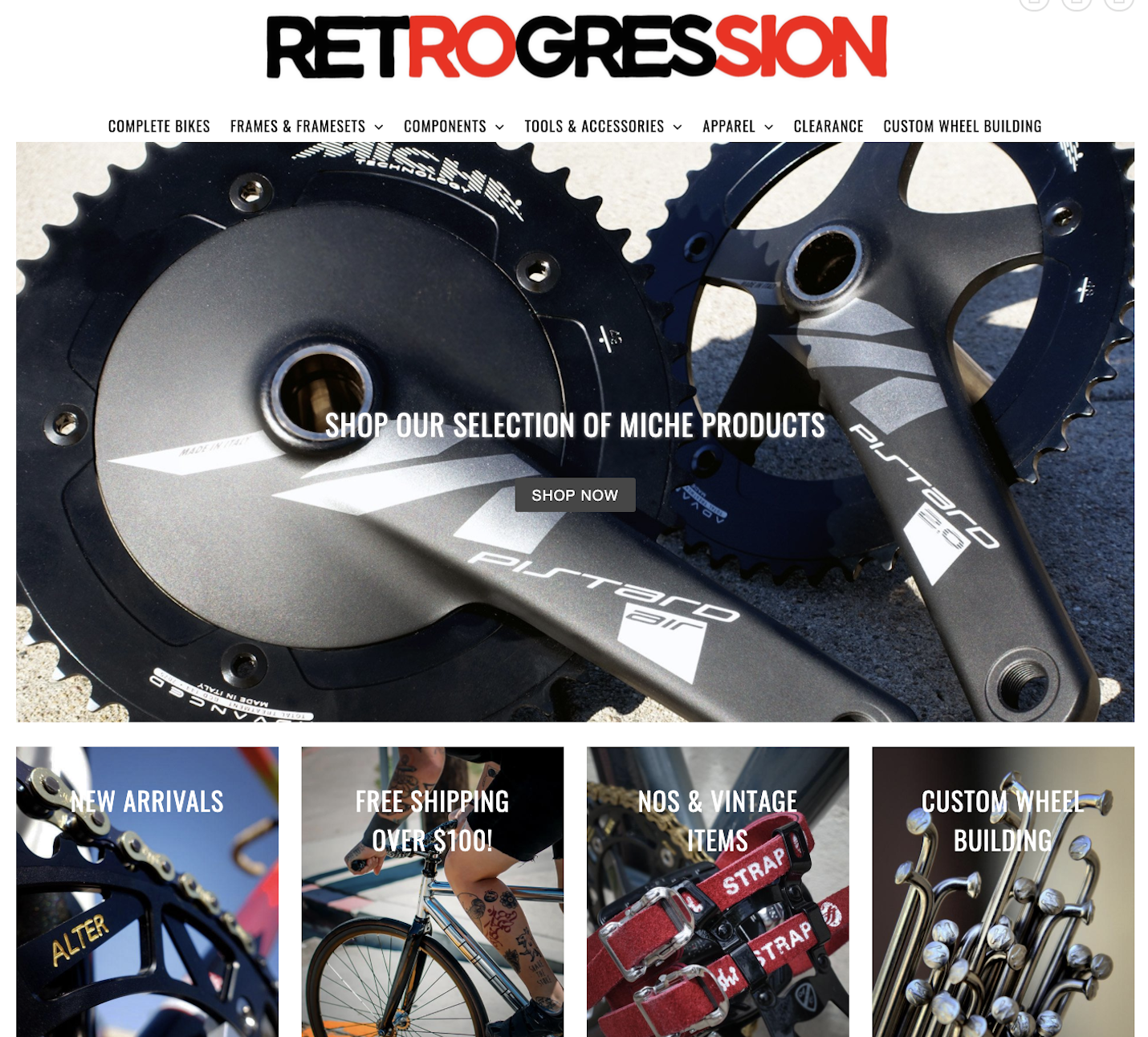 Portland has a new bike shop whose owners hope to be a part of the local fixed-gear and track riding scene.

Retrogression (2315 SE 11th Ave, just north of Division) is owned and operated by Dave Gattinella and Angie Beaulieu. Fixed-gear riders themselves, Gattinella and Beaulieu couldn’t find track-related parts and gear at local bike shops, so they started sourcing their own.

Retrogression started as an online-only shop in 2009 and opened a brick-and-mortar location in Massachusetts shortly thereafter (they are both from New England). They moved the business to San Diego a few years later; but quickly outgrew their space and went on the hunt to find a new location that would offer them a combination of warehouse (for the online business) and retail shop.