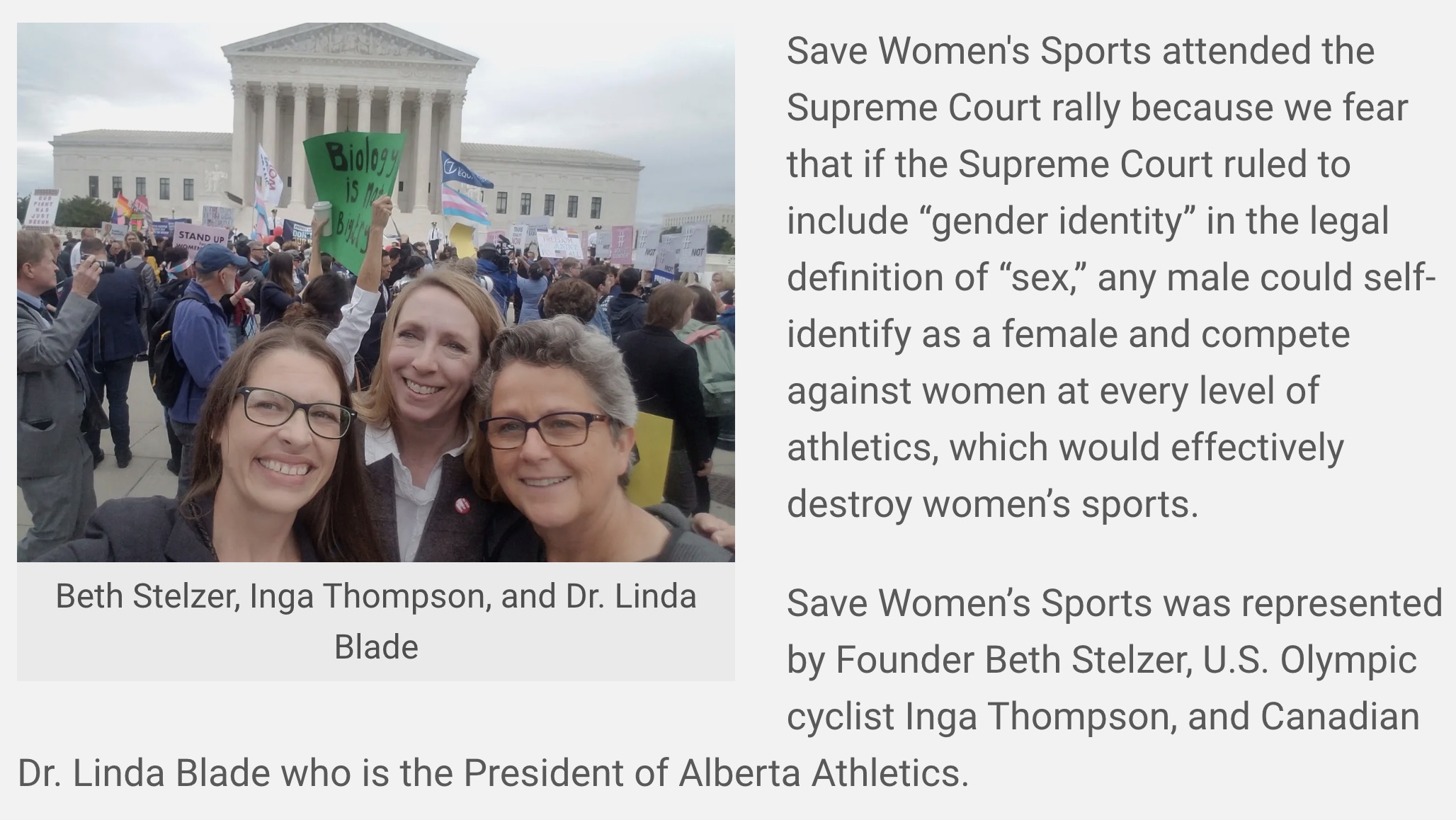 The Oregon Bicycle Racing Association (OBRA) has decided that one of their board members accused of “pervasive transphobia” can remain on their board of directors.

At-large OBRA board member and three-time Olympic cyclist Inga Thompson has come under scrutiny from some OBRA members who feel her conduct discriminates against transgender athletes. Thompson works closely with a group named Save Women’s Sports and was featured in an article published on their site in October titled, Male athletes are taking over women’s cycling.

In October Thompson represented Save Women’s Sports at a rally outside the U.S. Supreme Court in Washington D.C.. The rally aimed to “preserve women’s rights” and prevent the Supreme Court from including “gender identity” in the legal definition of “sex”. If that happened, the group worried that, “Any male could self-identify as a female and compete against women at every level of athletics, which would effectively destroy women’s sports.”