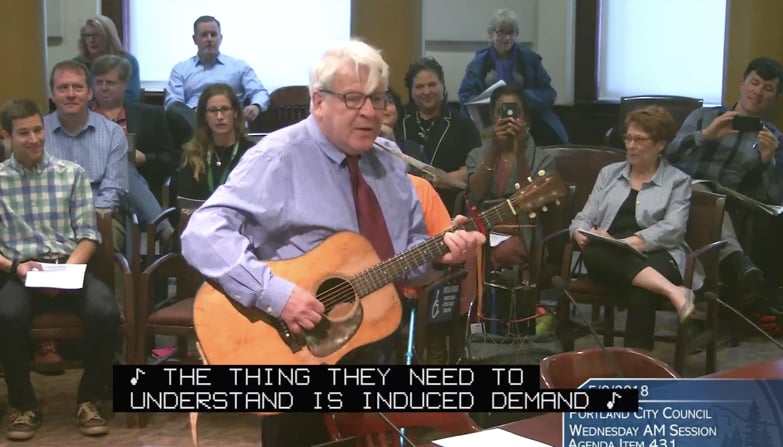 As the Oregon Department of Transportation bulldozes their way to several freeway expansion projects in the Portland region — including one in the central city that even Portland Mayor Ted Wheeler supports — grassroots activism against the projects has flourished. When the powerful, the paid-off, and (much of) the public are blinded by ODOT’s slick pitch and PR tactics; we rely on independent, courageous, creative people and coalitions to speak out against these immense mistakes.

Paul Rippey, a folk singer who lives in the St. Johns neighborhood, is one of those people.