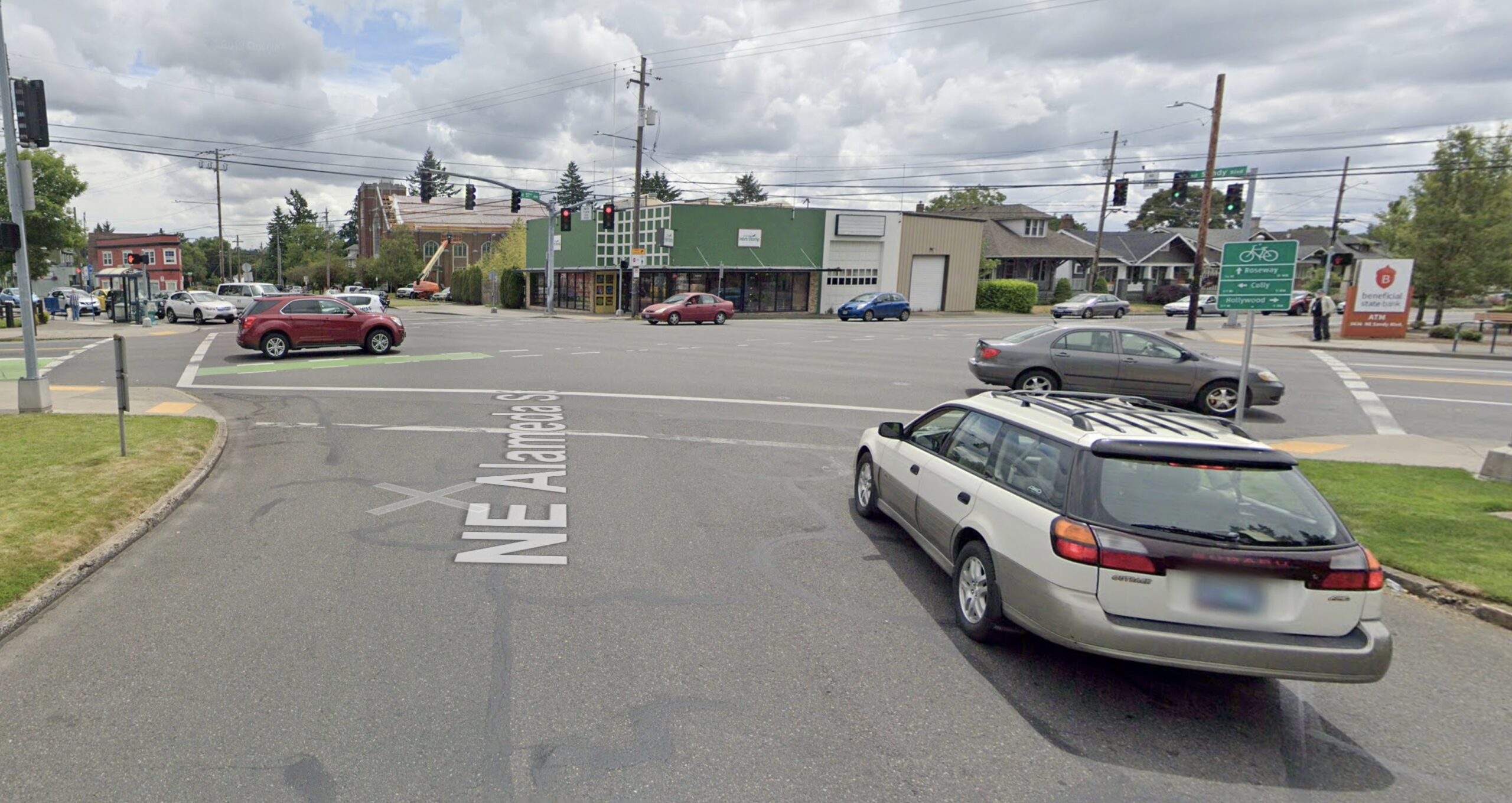 This week the City of Portland made a change to a complex, 5-way intersection by prohibiting drivers from going eastbound on NE Alameda at 56th.

As we reported in April 2021, the move comes as part of a larger effort to speed up bus service on TriMet lines 12 and 71. By removing the traffic signal phase from the Alameda leg of the intersection, the Portland Bureau of Transportation can now give more “green time” to NE Sandy and 57th.

While this is being done under the umbrella of the Rose Lane Project as a way to improve bus service, the change also has an impact on bicycle traffic. NE Alameda is a popular greenway route and fewer cars at this intersection will make it less stressful. I use this route a lot and the signal phases never seem to accomodate me very well. Now that PBOT doesn’t need a signal phase for drivers on Alameda, they can program it exclusively for bike users, which should make things work better.

An added bonus is that the change will result in fewer drivers using Alameda as a cut-through route. PBOT noted in a statement Friday afternoon that the Alameda Neighborhood Greenway, “currently has too much cut-through traffic for a safe route to school.”

PBOT has used temporary materials on this project and they will study changes in traffic volume. In six months, they’ll analyze the data and consider other strategies to mitigate traffic issues if necessary. This is supposedly already on the ground. If you’ve experienced it already, let us know how it’s going.

More information on the project here.