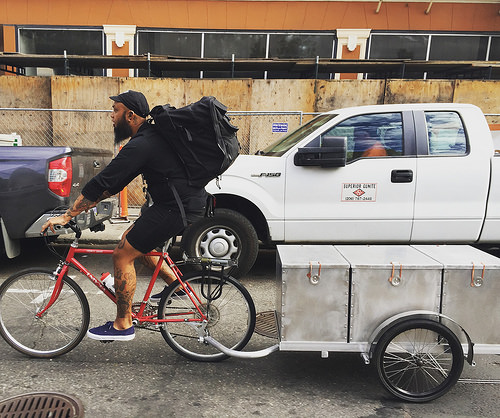 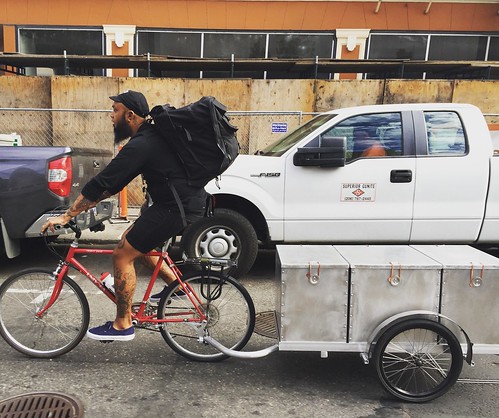 When I saw a KGW report this morning about home delivery of recreational marijuana, my first thought was: “I wonder if they could that by bike?”

After all, marijuana is big business in Portland and local companies deliver all sorts of things by bike. With companies like B-Line Urban Delivery, Go Box (pictured above), and Portland Pedal Power, Portland is on the cutting edge of using bicycles for delivery.

Marijuana by bike in Portland should be a no-brainer. At least that’s what I thought.

My curiousity led me to call Aleeya Kim, owner of La Cannaisseur in Linnton (whose shop was profiled in the KGW story). I asked Kim about bike delivery and she referred me to the official Oregon Liquor Control Commission rules they have to follow in order to keep their license.

The first rules I found were temporary rules adopted in October 2015. Those rules didn’t include any specific language that would prevent the use of a bicycle for marijuana delivery. That’s because whenever the language referred to the delivery vehicle, it didn’t include the word “motor.” And in Oregon law, “When the term ‘vehicle’ is used the term shall be deemed to be applicable to bicycles.”