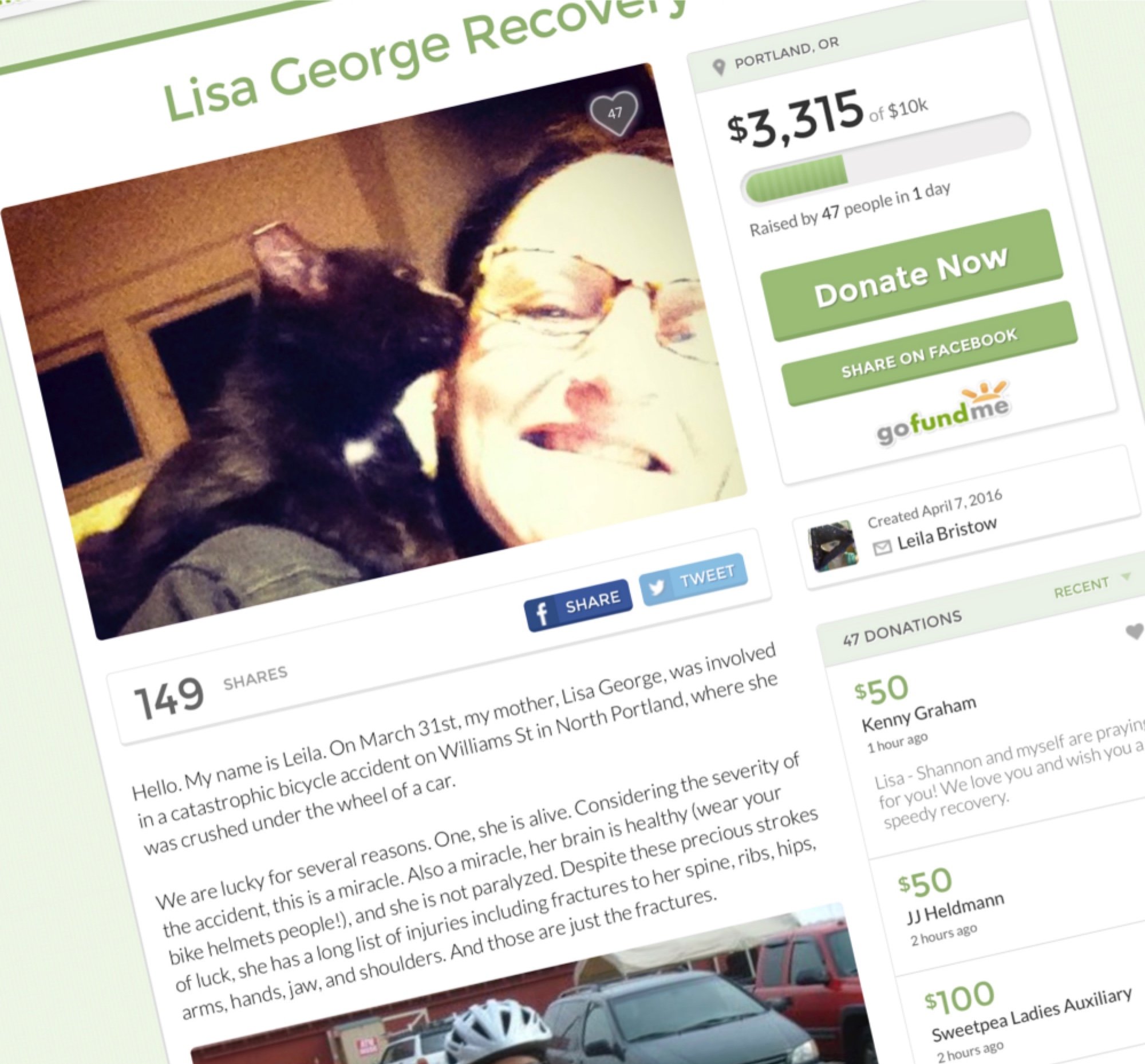 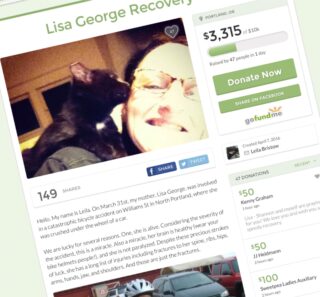 Lisa George’s recovery fund has
raised over $3,300 in just one day.

This essay is by Aleta Wright

Two women, two bikes, both 52 years of age. Two months separate our two bicycling collisions. Both of us were hit while riding lawfully in a clearly marked bike lane. We both have been smashed by the left hook. We both suffer from broken bones and recoveries of an unknown duration well into the future.

Lisa George, the woman who was hit while biking on N Williams Avenue last week, could have been me.

And the similarities don’t end there. Turns out we both have the same employer, Portland Community College. Technically, after my bike collision and two-night hospitalization it became clear that I would need to retire from PCC so that I could cash out my PERS retirement. I need to have some form of income as I complete my rounds of physical and occupational therapy. Two months out my broken bone is surely healed. I consider myself lucky to have escaped being hit, flipped and splayed across the intersection on Dartmouth in Tigard with just a broken scapula. I am blessed to be alive, ambulatory and on the way to healing and recovery.

The uninsured driver who hit me got a $200 traffic ticket. 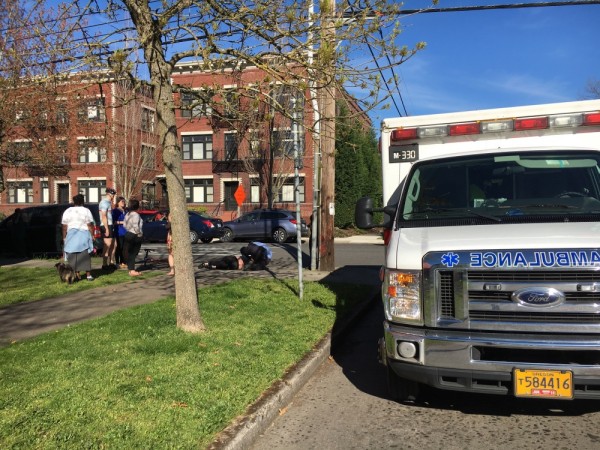 The scene of the crash. George was taken to hospital with what police describe as “non-life-threatening” injuries.
(Photos: Josh Berezin)

Sorry to be the bearer of more bad news, but there’s been another traffic collision that sent a person to the hospital.