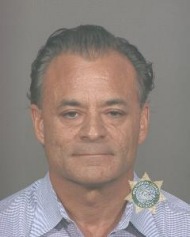 Yesterday, The Oregonian published a detailed update on the story we shared last month regarding a settlement being reached in the case of a serious hit-and-run that occurred in May 2010 and involved the owner of the Mt. Hood Skibowl, Kirk Hanna, and a Lake Oswego resident named Robert Skof.

Here’s the lede from The Oregonian:

“Two years after Mt. Hood Skibowl owner Kirk Hanna struck a bicyclist — then sped off, leaving the man sprawled unconscious on a Southwest Portland road — Hanna has agreed to pay his victim $500,000.

The case is unusual not because Hanna left the scene — dozens of Portland area motorists do that every year under similar circumstances — but because he eventually agreed to plead guilty to DUII and hit-and-run driving.”

“This shows a level of negligence and disregard for other people’s lives that cannot be allowed in Portland if we want to keep our roads safe,”
Sean DuBois, Skof’s attorney

Lawyers for Robert Skof, who was hit from behind by Mt. Hood Skibowl owner Kirk Hanna while bicycling in southwest Portland last year, say a settlement has been reached in the case.

On May 23rd 2011, the 45-year-old Skof, was riding on SW Macadam near the Sellwood Bridge when police say he was hit from behind after Hanna, 49, lost control of his Porsche Cayenne SUV. Hanna was going around 80 mph prior to the collision and witnesses reported that not only did he leave Skof for dead on the side of the road, he actually sped up once witnesses tried to chase him down. Three months later, Hanna pleaded guilty to misdemeanor Hit and Run, DUII, and misdemeanor Assault (many people were not pleased with those charges, so the Portland Police Bureau explained why that was the best they could do).

Regrettably, I never got to my follow-up on the story about the case of Mt. Hood Ski Bowl owner Kirk Hanna. Thankfully, The Oregonian’s Anna Griffin did, so not only will the case get more attention, but it gives me a nudge to share it as well.

On August 26th, Hanna pleaded guilty to misdemeanor Hit and Run, DUII, and misdemeanor Assault. On May 23rd, Hanna was driving his Porsche Cayenne while drunk at speeds around 80 mph when he hit 45 year-old Robert Skof on SW Macadam and then left him for dead on the side of the road. Luckily, Skof suffered only a slight concussion and a few scrapes.

“If we could have put a solid felony case together against Mr. Hanna, and we tried, we would have gone forward with much stiffer charges… I would have liked to seen felony charges, but at the end of the day, this was the best we could do.”
— Sgt. Todd Davis, Portland Police Bureau

Many people in the community are outraged at the light sentence given to prominent local business man and owner of Mt. Hood Ski Bowl Kirk Hanna for the drunken, 80 mph, hit-and-run he pleaded guilty to last week.

Like any high-profile case like this, there are a lot of moving parts at work; the District Attorney’s office, the judge, the defense attorneys, the victim, the police, the defendant, and so on. I’ll be looking into the story a bit more in the coming days, but one thing I wanted to share now is the role that the Portland Police Bureau Traffic Division played (the Traffic Division handles all our city’s hit-and-run cases).

Kirk Hanna hit someone
while driving drunk at speeds
of 80 mph and did not stop.
(Photo: Multnomah County)

According to Portland Police, Hanna, 49, was driving his Porsche SUV at speeds estimated to be 80 mph when he swerved and struck Robert Skof, ridig a bicycle on SW Macadam Ave, just north of the Sellwood Bridge on May 23rd. Hanna did not stop and witnesses say he sped up when they tried to follow him to get his license plate. The incident occurred at 2:43 am. The victim was transported to a hospital with bleeding and facial lacerations that were not life-threatening.