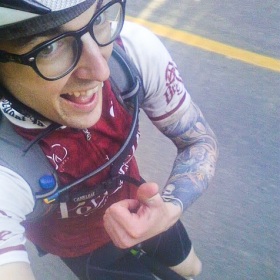 Friends, fellow racers and classmates are mourning the death of 26-year-old Justin Drawbert, who took his own life on Monday, November 12th.

Justin was an engineering student at Portland State University who moved to Portland in 2009. He was an avid bike racer and competed with the Trailhead Coffee Roasters cycling team. Prior to living in Portland, he was a bike messenger in San Francisco.

Justin’s friends are devastated by the news. Tym Lang, who just returned from participating in a “courier wake” memorial for Justin in San Francisco, shared with me this morning that he and Justin’s large community of friends, “are reeling in shock.”