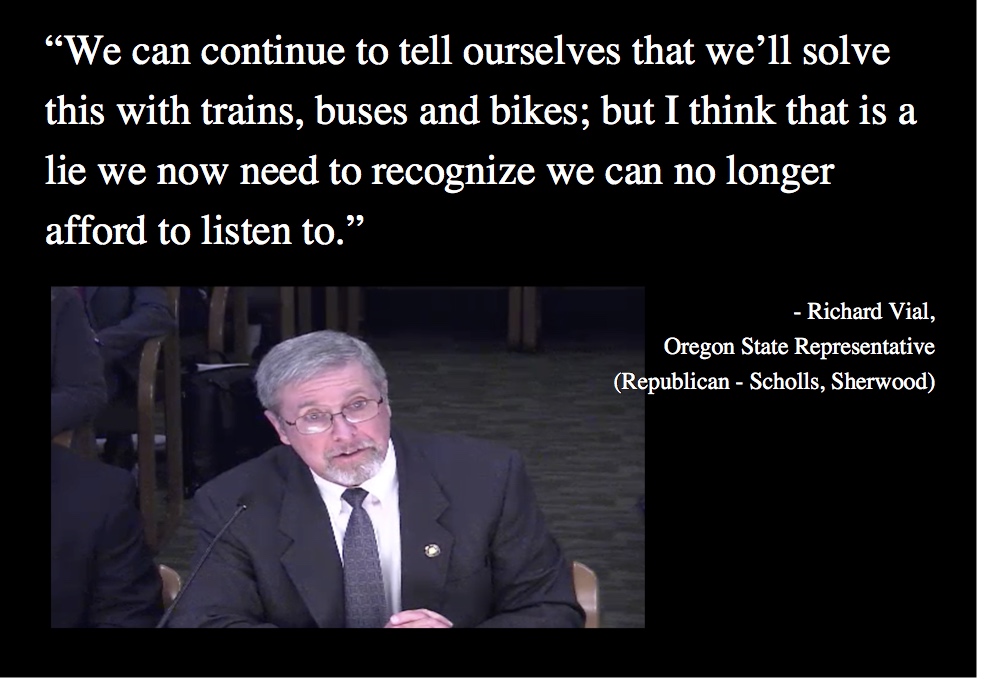 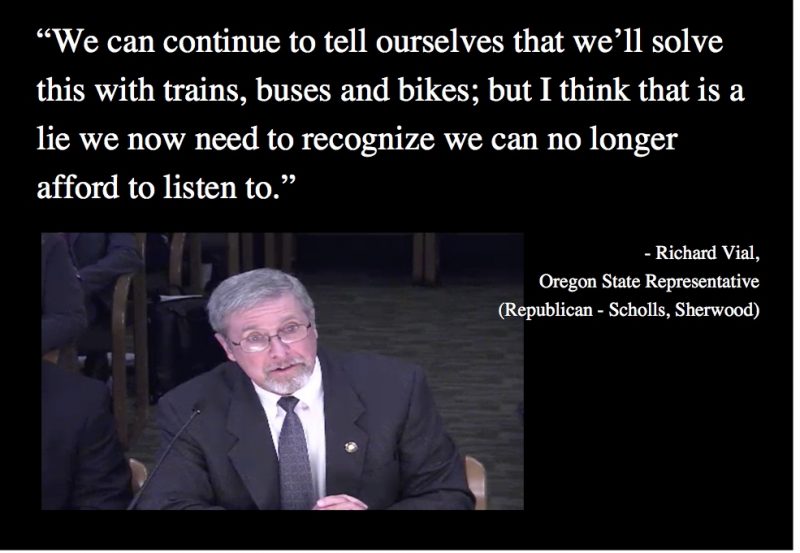 A lawmaker who wants to give cities broad authority to design and construct major new highways learned in a public hearing yesterday that there’s a good reason why our region hasn’t built one since the 1980s: Strong opposition from people who actually understand transportation planning amd the vast negative consequences of highways and the motor vehicle trips they encourage.

Republican house respresentative Rich Vial, who represents a rural district west of Tigard in Washington County, testified on behalf of House Bill 3231 on Tuesday. Rep. Vial’s bill has raised eyebrows because it would mark a significant departure from how transportation projects are typically planned, funded and built in Oregon. HB 3231 would allow cities and counties to form autonomous districts that would be able to create “limited access publicy highways” by excercising eminent domain if necessary and paying for the projects through private gifts, donations, tolls, new property taxes, and/or revenue bonds.