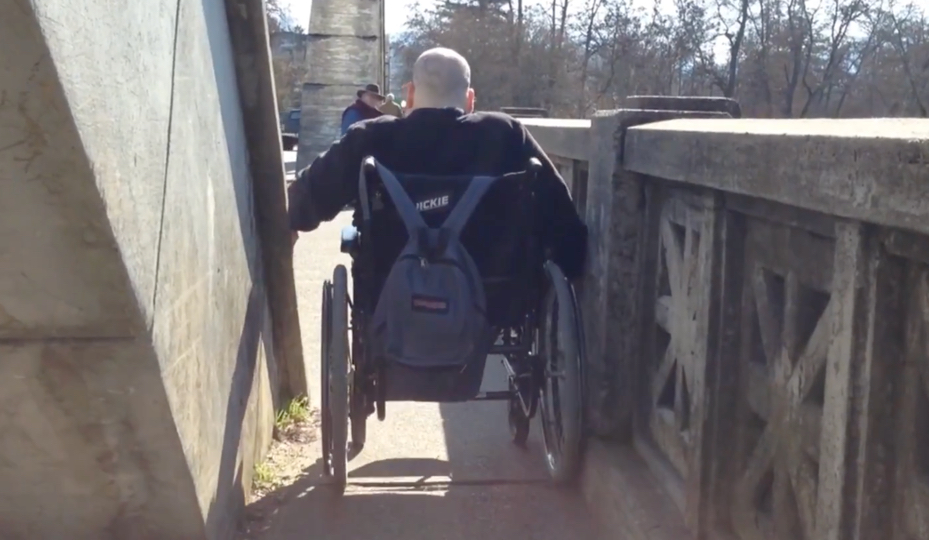 The ODOT Files is a collection of stories that illustrate how the Oregon Department of Transportation prioritizes auto and trucks users at the expense of everyone — and everything — else.

The Oregon Deparment of Transportation is spending $5.3 million to update and make seismic retrofits to the historic Caveman Bridge in Grants Pass. The project goal is to bring the bridge back to is “Depression era beauty” by repairing cracks, broken concrete, exposed rebar, and delamination of the deck. But for people who use the bridge sidewalk — especially those who use wheelchairs and other vehicles — there’s nothing beautiful about narrow pinch points.

And there was nothing in the plans to widen them until the agency’s hand was forced.