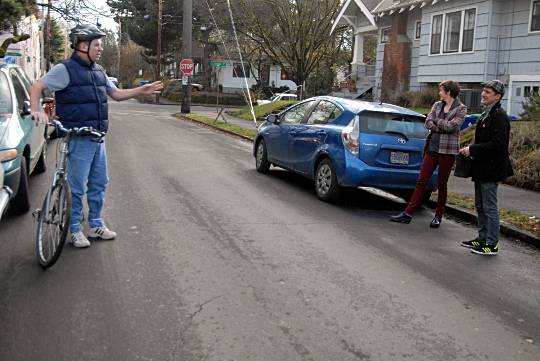 Space is valuable. But who wants to vote on what it’s worth?
(Photos: M.Andersen and J.Maus/BikePortland)

Twelve months later, the city is taking steps toward some of its recommendations: for example, proposing an opt-in parking permit system that would let residential neighborhoods block their street parking spaces from being used by people living or shopping on commercial corridors.

But at the moment, Portland is on course to ignore a different suggestion made very clearly by the firm, Nelson\Nygaard: that elected officials should “never, ever” be the ones to set the price of parking.