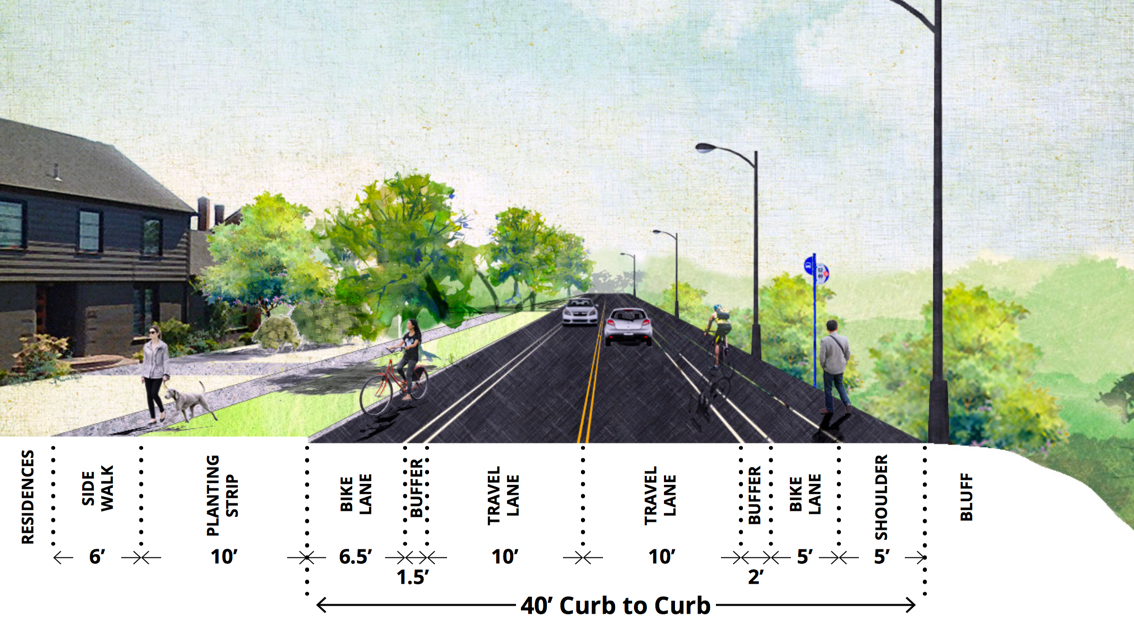 In case you missed it (it came as an update to a previous story), the Portland Bureau of Transportation announced a plan Tuesday to update lane striping on Willamette Boulevard in order to create more space for bicycling.

After a paving project kicked off last month, a neighborhood group called Friends of Willamette Blvd seized the opportunity to re-stripe the street. They launched an online petition and encouraged people to email City Hall demanding better bike access between Rosa Parks and Woolsey (the boundaries of the paving project). The response was overwhelming (415 people in less than 24 hours) and it persuaded City Commissioner Dan Saltzman to direct the Portland Bureau of Transportation to re-stripe the street.

In just one day last week over 415 Portlanders signed a petition calling for safer cycling conditions on North Willamette Boulevard. And Commissioner Dan Saltzman (who oversees the Bureau of Transportation) agrees with them. 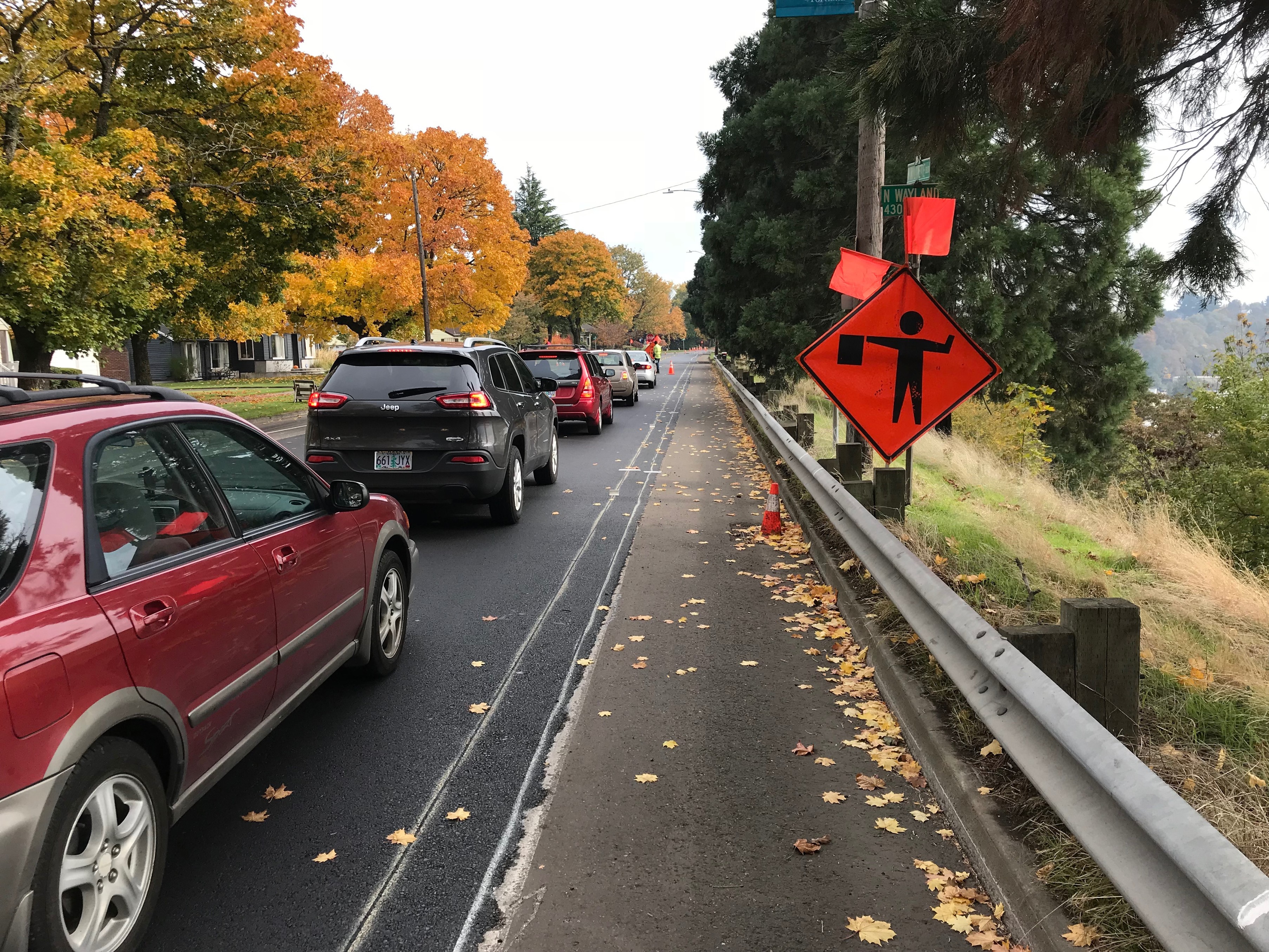 Volunteers from several north Portland neighborhoods are seizing on a paving project as an opportunity for the City of Portland to make long-awaited changes to Willamette Blvd that would improve bicycle access on a key link in the network.

The Friends of Willamette Blvd have set up a website and are urging people to call Mayor Ted Wheeler, City Commissioner Dan Saltzman, and PBOT Director Leah Treat. They also have an online petition to gather as many signatures as they can by the end of this week.