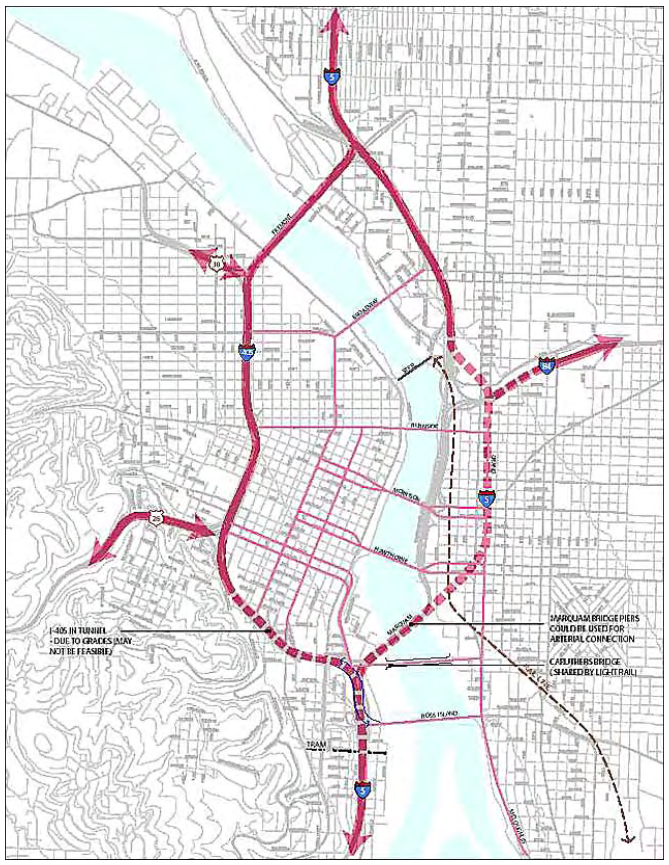 “To keep the I-5/405 Freeway Loop viable, planning and design for improvements must begin now.”

“We are at a very critical juncture. It’s time to move forward.”

This group—hardly a bunch of radicals— noted that “freeway construction, combined with urban renewal projects, divided and destroyed neighborhoods in the name of a modern transportation system.” To begin to remedy this, and to insure a prosperous future for our region, they proposed the very bold plan of removing the Marquam Bridge and relocating the southern and eastern portions of the Freeway Loop into tunnels. “Complex transportation projects can take at least 15 years from initiation to completion,” which is why they urged the planning to begin “now” (the study tends to bold the twelve occurrences of the word “now”).

Sixteen years later, where has our boldness gone?