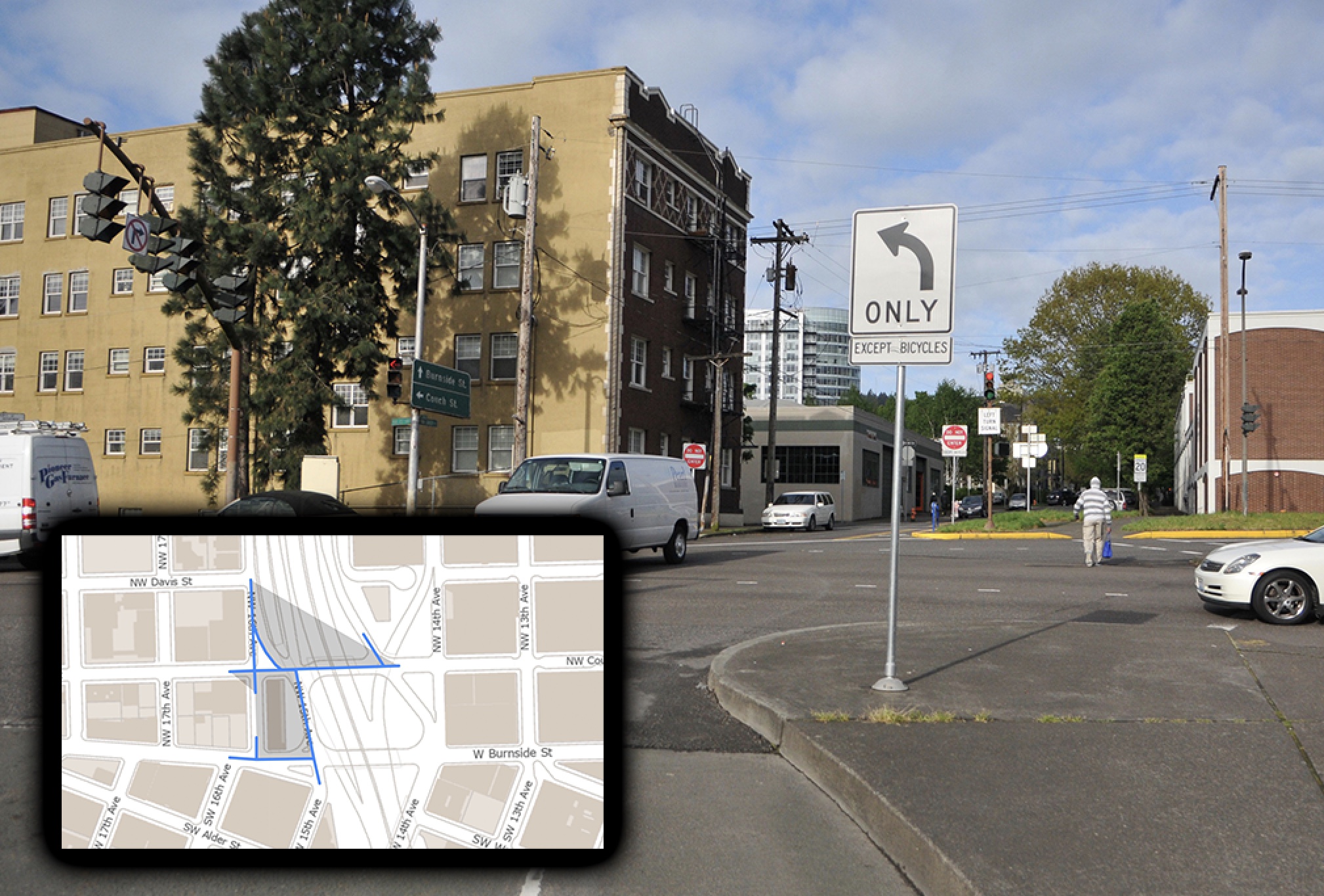 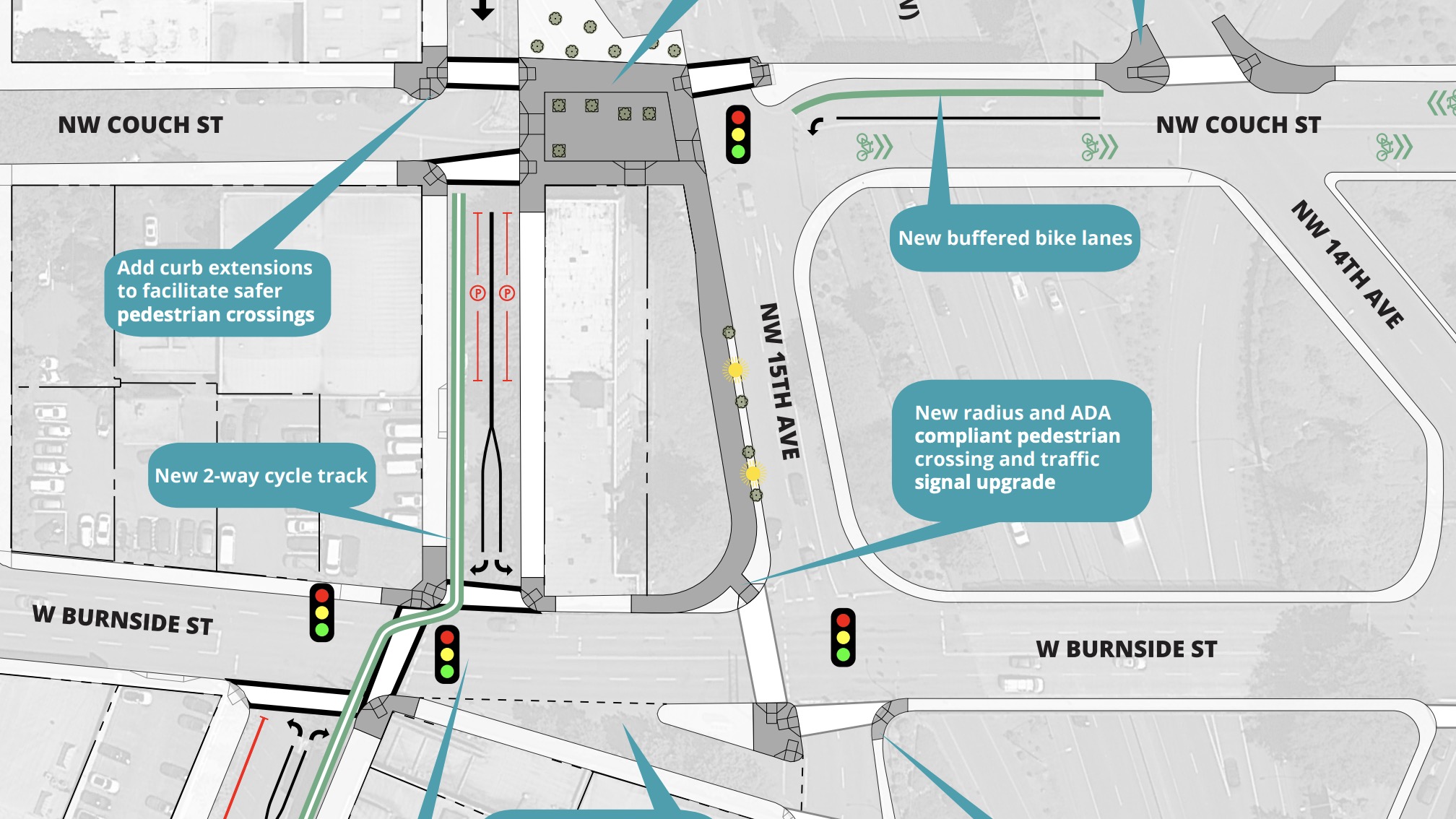 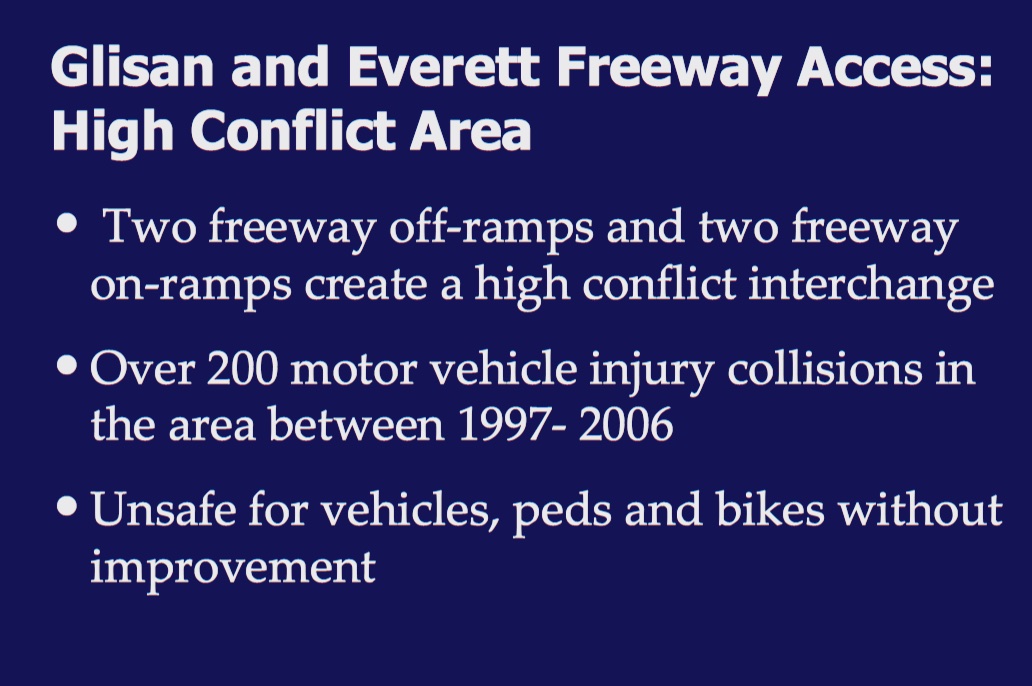 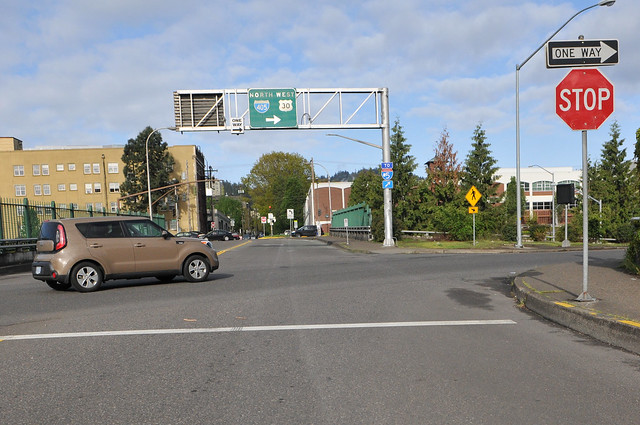 Eight years ago, when former Mayor Sam Adams made his case to re-use the old Sauvie Island Bridge as a new crossing of I-405 at NW Flanders Street, one of his chief arguments was safety. Adams and Portland Bureau of Transportation staff convinced Portlanders that the nearby crossings at Burnside, Couch, Everett and Glisan, were inherently unsafe for bikers and walkers.