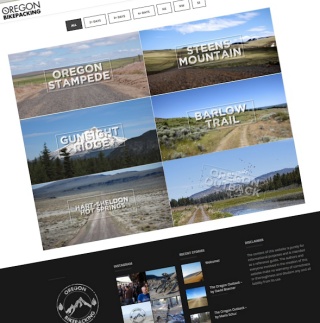 People have been sleeping in the woods with their bikes for over a century. It’s nothing new. But in just the past year or so, doing off-road overnighters — a.k.a. “bikepacking” — with a few frame bags attached to a mountain-bike (or a beefy road bike) has skyrocketed in popularity. Especially here in Oregon.

There are a number of things to explain this phenomenon; but one inarguable catalyst has been VeloDirt.com. Now Donnie Kolb, the man behind the site the has done so much to help popularize gravel riding and camping-by-bike, has launched OregonBikepacking.com.

Kolb launched VeloDirt in 2010 with his friends Suzanne Marcoe and Aaron Schmidt. It began humbly as a blog to catalog rides on “those lonely dirt roads you pass on your regular road rides.” That same year, Kolb organized an unsanctioned, 123 mile race on one of his signature backroad routes called the Oregon Stampede. It was a huge success, so Kolb added a few more events the next year and he hasn’t looked back since. 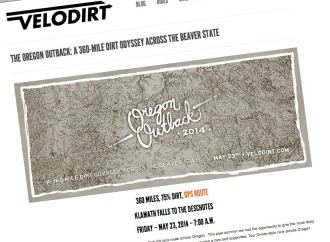 Remember the Oregon Outback? Back in June we shared a guest article and photo essay from Portland resident Gabriel Amadeus that chronicled his amazing, 360+ mile bike adventure through the center of Oregon.

Now that epic ride has turned into a (slightly) more formal event put together by adventure cycling promoter Donnie Kolb. Kolb is the man behind VeloDirt, a website he created to share his backroad rides with like-minded adventure seekers. Kolb, an attorney by day, eventually started urging his friends and followers to join him and in the past few years VeloDirt rides have become something of an underground phenomenon. Similar to the De Ronde PDX, Kolb’s rides are unsanctioned and un-permitted, and word about them spreads via social media. Now his Dalles Mtn 60 and Oregon Stampede rides have a large and loyal following.