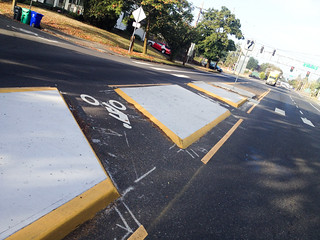 That was the city’s intent when it agreed last year to install the diverter in order to hold down traffic on the neighborhood greenway there.

“From I guess Holman to Rosa Parks it has gotten a lot better,” said Noah Brimhall, a Piedmont neighborhood resident and an advocate for the diverter, in an interview Tuesday.