Errant Portland drivers caused $621,000 in damage to traffic signals and lights in 2020

A small sampling of the destruction. END_OF_DOCUMENT_TOKEN_TO_BE_REPLACED 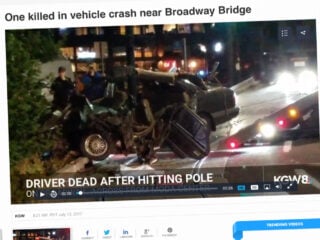 One of 10 deaths in the past three weeks.

Another person was killed in a collision involving an automobile user just after midnight this morning. It was the 20th 24th fatality on Portland roads so far this year and the 10th in just the last three weeks.

Portland Police say the latest tragedy occurred on Southeast Powell Blvd east of 50th. In a statement they wrote that,

“Preliminary information learned from the investigation suggests the pedestrian crossed southbound over Southeast Powell Boulevard east of Southeast 50th Avenue and was struck by a vehicle. The pedestrian reportedly made an unexpected movement in front of an oncoming vehicle while crossing… The pedestrian was not in a cross-walk at the time of the collision. The driver of the vehicle remained at the scene, contacted 9-1-1 to report the crash and is cooperating with the investigation. At this time it does not appear the driver of the vehicle was impaired while driving.”

While the PPB includes a boilerplate paragraph about Vision Zero in all their traffic crash statements these days, the statement fails to live up to the spirit of that goal.

A city committed to zero traffic deaths by 2025 should not publish blame-oriented statements about a traffic crash so soon after it happens. Especially when the victim is a vulnerable road user. That type of tone and framing is speculative, unnecessary, and makes the culture change we need much harder to accomplish.

Oregon has a driving problem and we all need protection 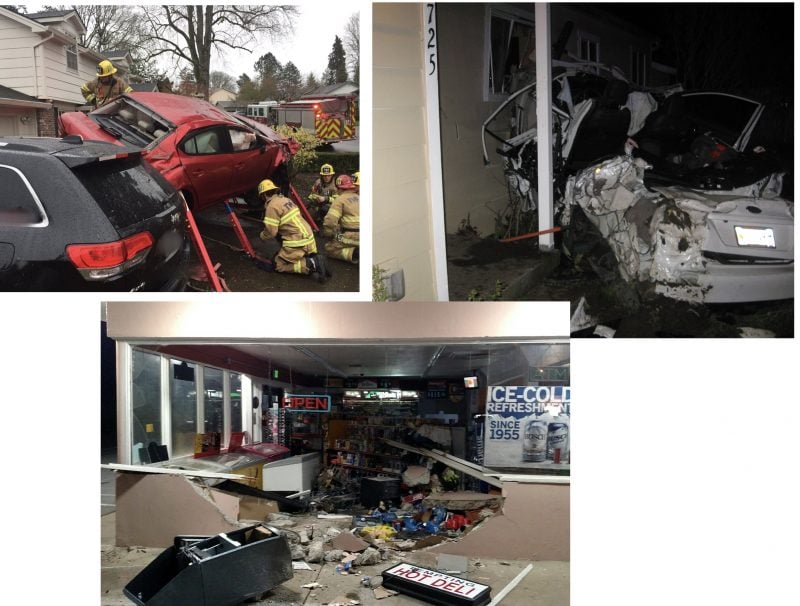 In just six hours on Sunday morning three separate incidents showed just one aspect of the vast negative impacts driving has on our state.

Traffic safety issues are often framed in a way that makes them seem like it’s all about “bicyclists and pedestrians”. But the reality is that dangerous driving (and driving itself, but that’s another conversation) is a menace to everyone and no person — or thing — is safe as long as our roads and culture normalize this behavior.

Over the course of less than five hours Sunday morning (between 2:30 and 8:30 am) here’s what my inbox looked like (emphases mine):
END_OF_DOCUMENT_TOKEN_TO_BE_REPLACED 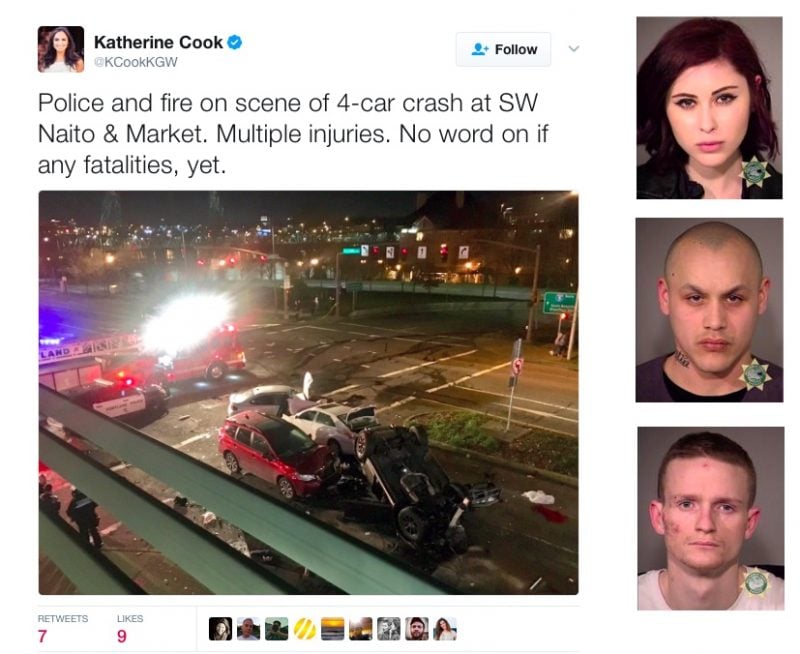 In just 48 hours many lives were changed forever because of dangerous driving. And it was all preventable.

I often feel that what’s often lost in our debates about transportation projects, policies and funding is a conversation about the staggering toll driving extracts from our city.

In 48 hours starting last Thursday evening, I noticed a stream of police alerts come across my computer. It was a startling spate of incidents that underscored this toll. They involved people using cars dangerously and without respect or consideration for others.
END_OF_DOCUMENT_TOKEN_TO_BE_REPLACED