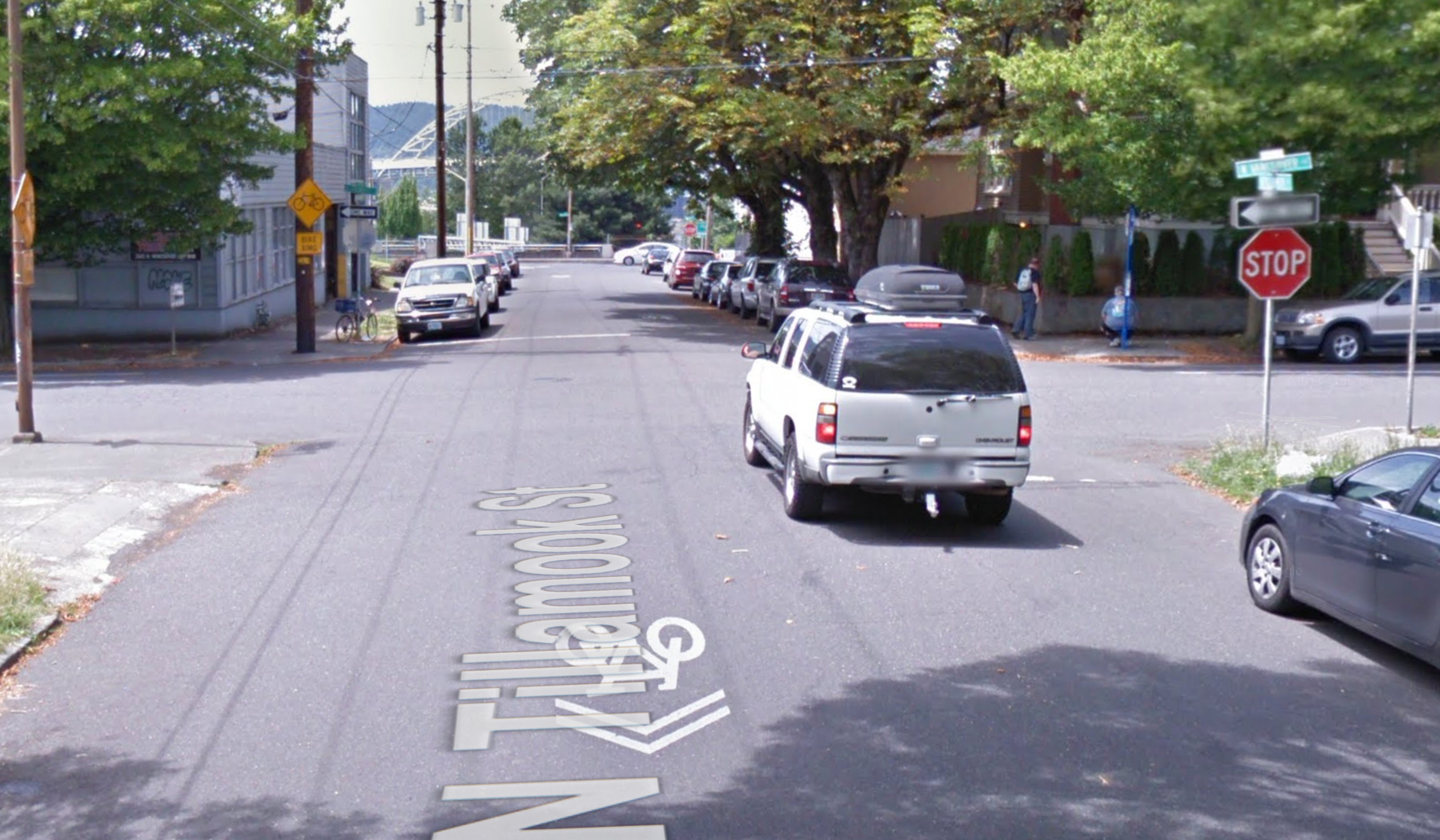 A serious injury collision Tuesday evening has resulted in a citation for the bicycle rider. Police say the rider was under the influence of alcohol when the collision occurred.

It happened around 6:15 pm on North Vancouver and Tillamook. We first saw it reported via Twitter and then got an email from a reader who lives and rides nearby.

“I was getting off the bus when it happened,” the reader shared with us. “The guy was not moving at all although he seemed to be alive… I heard the driver saying she didn’t see him. It’s possible the bus blocked his view of traffic and he tried to dart across Vancouver.”

Tillamook is an east-west neighborhood greenway that is a busy feeder route onto Vancouver — especially during peak commute hours. There is no traffic signal at the intersection. Users of Tillamook have a stop sign and people going south on Vancouver (a one-way street) have the right-of-way. Vancouver also has yellow “Bikes XING” caution signs on both sides of the street at this location.