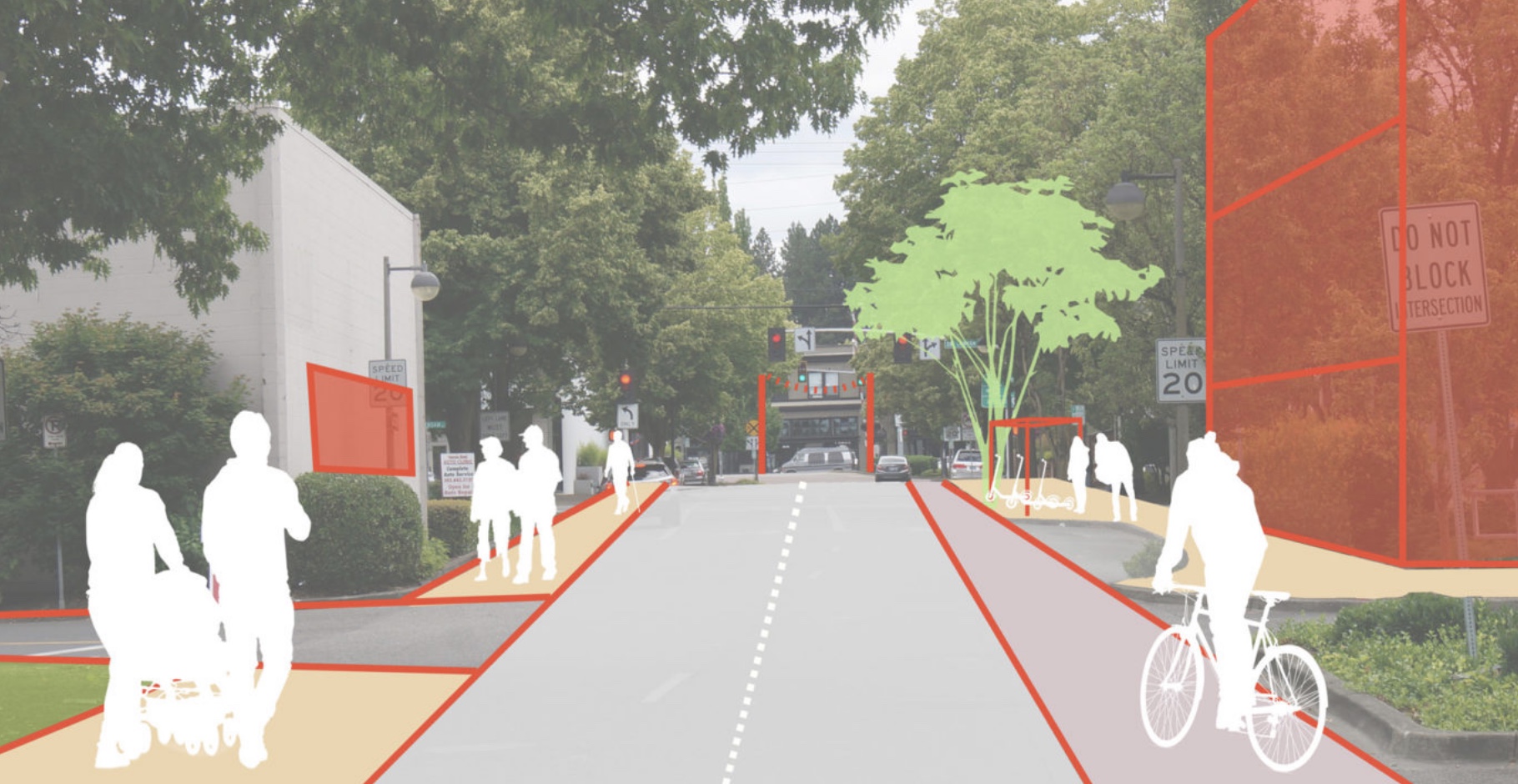 A major project that could completely redesign Beaverton’s downtown loop has received its first injection of financial support thanks to the federal government. On Wednesday, U.S. House Representative Suzanne Bonamici and Senators Ron Wyden and Jeff Merkley announced a $2 million grant for the Downtown Loop project.

The funding comes just five months after a woman was hit and killed by a driver as she tried to walk across SW Hall Blvd.

The project aims to re-imagine the couplet of SW Watson and Hall between 5th and the MAX light rail line in order to connect Old Town and Beaverton Central. The streets and intersections on the loop today are dominated by drivers and their cars, but Rep. Bonamici says the future will look much different. “On a recent tour of the Beaverton Downtown Loop, I saw firsthand the challenges that people experience when walking, biking, or using transit in Beaverton’s downtown area,” Bonamici said in a statement.

While project will ultimately create much more space for buses, bikes, and walkers, the final vision for how best to do that is yet to be determined. This $2 million grant from the U.S. Department of Transportation will support moving the project forward into design and development. Specifically, the money will be spent on the design and construction of a demonstration project in the downtown area.

Beaverton City Councilor-elect Kevin Teater rides his bike through intersections on the loop almost every day. “And I fear for my life multiple times a day,” he told me in a phone interview this morning. “The opportunity to really reimagine how that works is incredibly refreshing and encouraging.” Teater said elected officials in Beaverton share a sense that change is needed when it comes to how folks get around and this project might provide an opportunity to do something big. “I think we’ve got the leadership in place that’s willing to ask really bold questions, like dramatically changing the forms of transportation downtown and realizing that it’s a it’s a neighborhood and not just a destination,” he said.

“This grant funding is really meaningful,” Teater added. “And hopefully we can get some good going out of this.”

Join Councilor-elect Teater for a ride to Beaverton Night Market this Saturday evening. Meet at Merlo MAX Station at 4:30. More details on the Pedalpalooza Calendar.