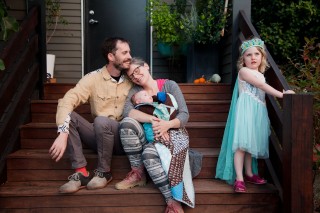 A Northeast Portland couple launched a political action committee this week that aims to push politicians out of office if they support the status quo on American streets.

Chris Anderson and Amy Subach say they were inspired by a local electoral win last year and empowered by, among other things, participating in this month’s die-in demonstration outside the Oregon Department of Transportation.

“I think that there absolutely needs to be the kind of advocacy organization for Vision Zero that’s not-modally-specific and nonconfrontational,” said Anderson. “Sort of like the BTA, but for drivers too.”