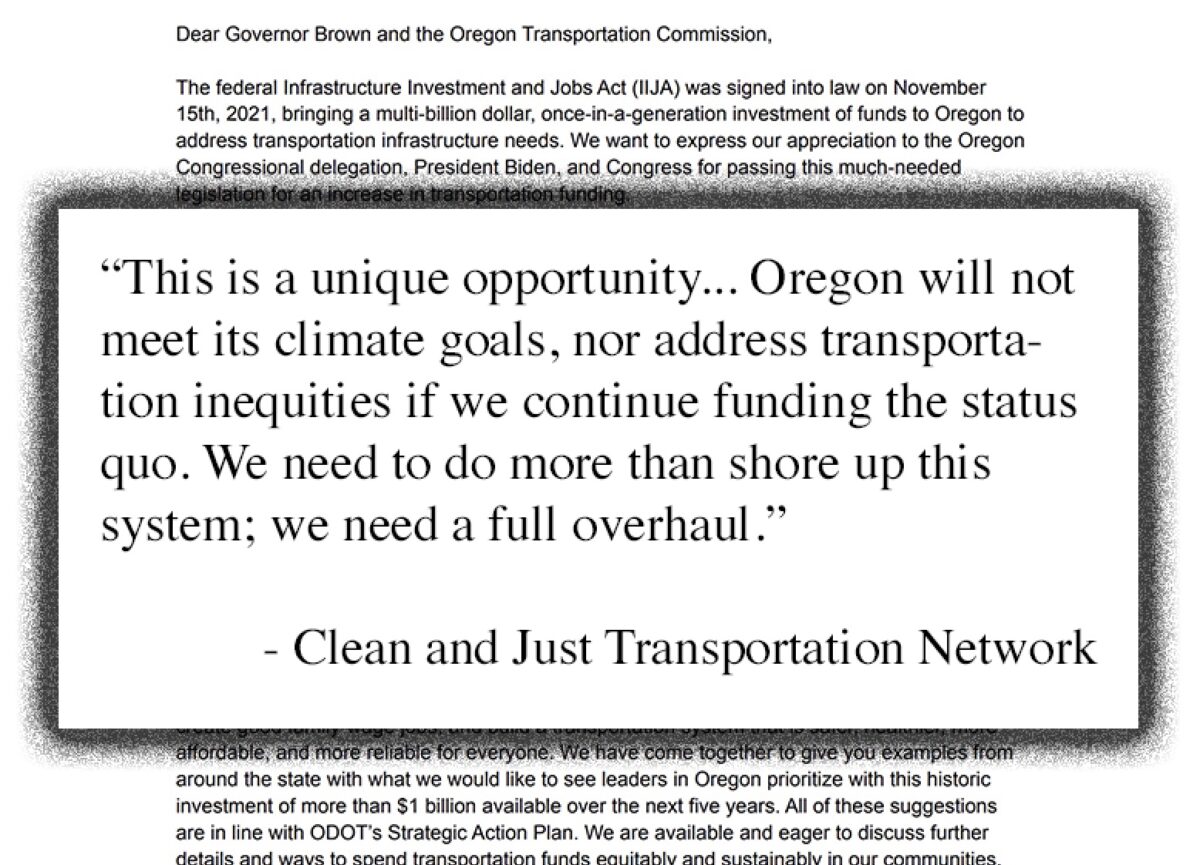 As the Oregon Department of Transportation (ODOT) seeks to update the plan that will guide the state’s transportation priorities for the next 25 years, climate activists see an opportunity to push for an overhaul of the current system that will allow the state to reach its climate goals.

According to ODOT, the updated plan will allow transportation policymakers to “incorporate what [they] have learned in more recent planning work, adapt to changing conditions and address an uncertain future.” This plan is intended to help Oregonians “prepare for trends like climate change, widening social inequities, our growing population over age 65 and new technologies.”

There are many components that exist under the OTP umbrella and focus on specific policies, like the Oregon Bicycle and Pedestrian Plan, the Public Transportation Plan and the Transportation Safety Action Plan. ODOT says that “the OTP sets the vision for all the ways people and goods move,” and takes a vast range of transportation methods – “walking, biking, rolling, public transit, highways, railroads, freight and even planes” – into consideration.

The updated OTP is set to be adopted by the Oregon Transportation Commission (OTC) in 2023. In the meantime, the commission is asking Oregonians what they think should be prioritized in the new plan.

Infrastructure policy, and transportation policy in particular, has been receiving national attention as a way to combat the climate emergency – if policies are specifically designed to do so. Oregon climate activists have been vocal about the impact of the transportation system on climate change, especially after the record-breaking heat waves and wildfires that Oregonians have experienced over the last several years.

The current transportation plan was amended to include the 2050 Vision for Greenhouse Gas Emission Reduction that set the goal to reduce transportation-related greenhouse gas emissions. Actually accomplishing this task, however, will require specific and actionable policies to be implemented.

The evident connection between transportation systems and the climate crisis has put the heat on state transportation policymakers. Youth activists in particular have taken their demands to ODOT and the Governor’s office, asking for more spending on sustainable transportation and less on highway expansions.

Other groups have laid out specific proposals for what the state should do with federal infrastructure funds. A December letter to the OTC and Governor Kate Brown from activists in the Oregon-based Clean and Just Transportation Network (CJTN) emphasizes that IIJA money should provide the state with a chance to create meaningful change in its transportation system.

“This is a unique opportunity for Oregon’s transportation decision-makers to demonstrate climate and equity leadership while creating good family-wage jobs in allocating funding for statewide transportation infrastructure,” the letter reads. “Oregon will not meet its climate goals, nor address transportation inequities if we continue funding the status quo. We need to do more than shore up this system; we need a full overhaul.” 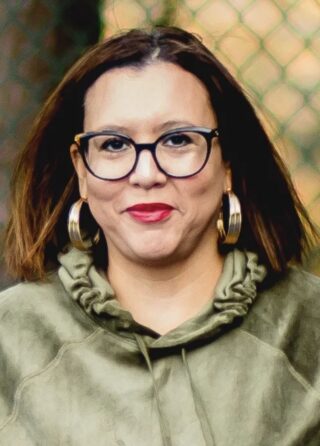 Earlier this month, Brown indicated movement in the planning process for using this federal funding when she announced that Leah Horner, who has served as Oregon’s jobs and economy policy advisor and regional solutions director, will take on the job of directing where this infrastructure money should go.

As we have previously reported, Oregon will receive $1.2 billion in federal infrastructure funds to be directed toward transportation. The Oregon Transportation Commission is still asking for community input about where to allocate this money.

The CJTN letter asks state policymakers to apply a climate and equity lens to all infrastructure investments, evaluating them for their impacts on greenhouse gas emissions. A statewide transportation plan that places a high priority on climate and equity would provide a crucial framework for using this funding for projects that help combat climate change.

Some ideas that members of the CJTN propose include investments in transit between communities, like high speed rail between Portland and Seattle and improved rail service throughout the Willamette Valley; leveraging bridge projects for transit, walking and biking and transitioning to electric transportation projects that “improve the health and economic inequities created by the transportation system such as lack of access to economic opportunity.”

According to ODOT, the updated OTP will be informed by the transportation commission’s Strategic Action Plan, which was adopted last year and promises ambitious transformation in prioritizing equity, a modern transportation system and sufficient and reliable funding.

ODOT says it will ask for public engagement throughout the entire OTP development process, and Oregonians can start now with the open house that explains more about the OTP’s purpose and goals and allows input on what they think are the top priorities. This open house will be online until January 24.