After a five-year hiatus, we’re relaunching our podcast. You might recall our old show from 2013 to 2016 that was co-hosted with Lilian Karabaic (now of Oh my dollar! fame), former BikePortland News Editor Michael Andersen, and myself.

Now I’m excited to delve into this format once again and we look forward to bringing you interviews and conversations about cycling, mobility, and the myriad important and interesting topics that surround them.

First up is an interview with Portlander Molly Cameron. I’ve known Molly since 2005 when she was a local bike shop owner and up-and-coming rookie on the professional cyclocross circuit. Today Molly is racing to make cycling more open and inclusive for transgender people with the launch of RIDE — Riders Inspiring Diversity and Equality.

Back in April, Molly’s worlds collided when anti-transgender legislation impacted both cycling and the South — two places where her roots run deep. When Arkansas pushed some of the most anti-trans laws in the country and was slated to host the cyclocross world championships, Cameron threw herself into a new, leadership role.

During our interview, you’ll learn how Molly got her start in Portland as a “femme, broke punk-rock kid” in the early 2000s. “I started the bike shop out of a necessity, I couldn’t get a job in Portland. No bike shop would hire me. There was blatant discrimination. And then there was quiet discrimination,” she shared with me. 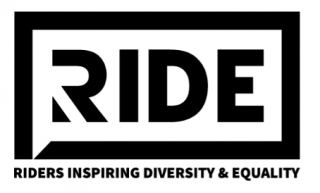 I talked to Molly right after she launched RIDE and had just returned from a trip to Arkansas to meet with industry partners and learn first-hand how anti-trans laws were impacting people.

In our wide-ranging conversation, Molly shared how she struggles to find meaning in her role as a cycling-forward activist. “This is bike racing, but I’m in Arkansas, most trans folks aren’t part of the bike racing community. How can I best serve and advocate for them when their family members are literally dying?”

We also talked about USA Cycling’s response to the anti-transgender legislation and what they could do to make the sport more welcoming to women and LGBTQ+ athletes.

Hope the new pod will be available on Android/ “Google Podcasts”. The old Afoot pod is there, maybe just because the RSS feed is searchable.

Just give it some time Josh. We are just getting started with this. Thanks for listening.

Not sure if this helps anyone, but I was able to hit the share button on the embedded podcast player above, copy the url, and download the episode in Overcast.

Great interview! I look forward to the next one.

Great interview, and from 2 folks who really get it.