*Photos and words by Drew Coleman

I love bike racing. Last year I got hurt and had to stop, so I picked up my camera and experienced cyclocross through the lens of a camera rather than from the seat of a bike.

This season, I have been fortunate enough to be given access and opportunity to photograph cyclocross outside of Oregon. It was the first time I stepped outside the Oregon Bicycle Racing Association (OBRA) cyclocross bubble and I could finally put it all into context. What I have come to realize is that, while there are vibrant cyclocross scenes in pockets around the country, what we have in Oregon is special.

We have passionate promoters who create wonderfully organized races and series. From the venerable Cyclocross Crusade to the Zone 5 Promotions Gran Prix series to our twin Portland mid-week races (the PDX Trophy Cup and the Blind Date at the Dairy) as well as those in communities in Bend, Eugene, Medford, Salem and others. Here in Oregon we have an embarrassment of cyclocross riches.

The Oregon scene is defined by rider participation. The size of our races is something that is easy to take for granted. One needs to look no further than the singlespeed category. At RenoCross this year, which is a very important early-season event, 20 male riders started the race (including the defending National Champion) and there were only four women. In an average Cyclocross Crusade singlespeed race this year, one would see close to 70-80 male riders and enough women to have a separate category. I go to races outside of Oregon and wonder where everyone is. 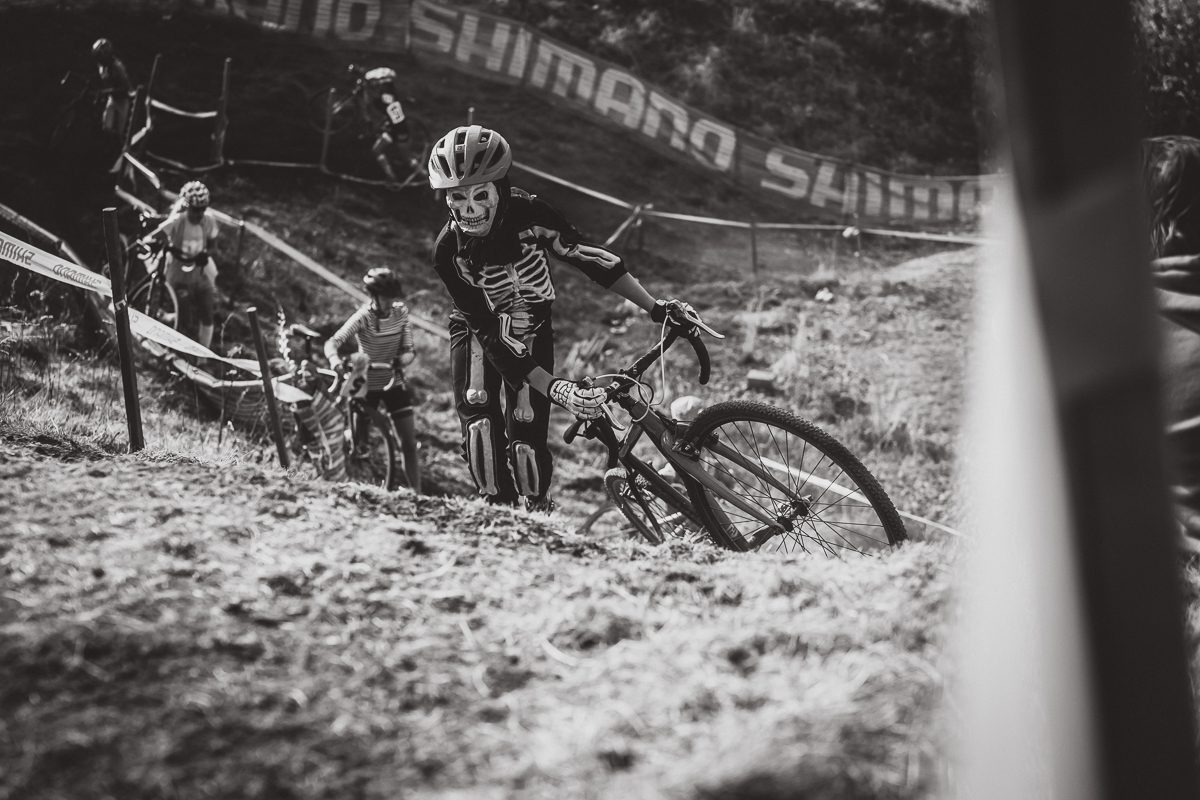 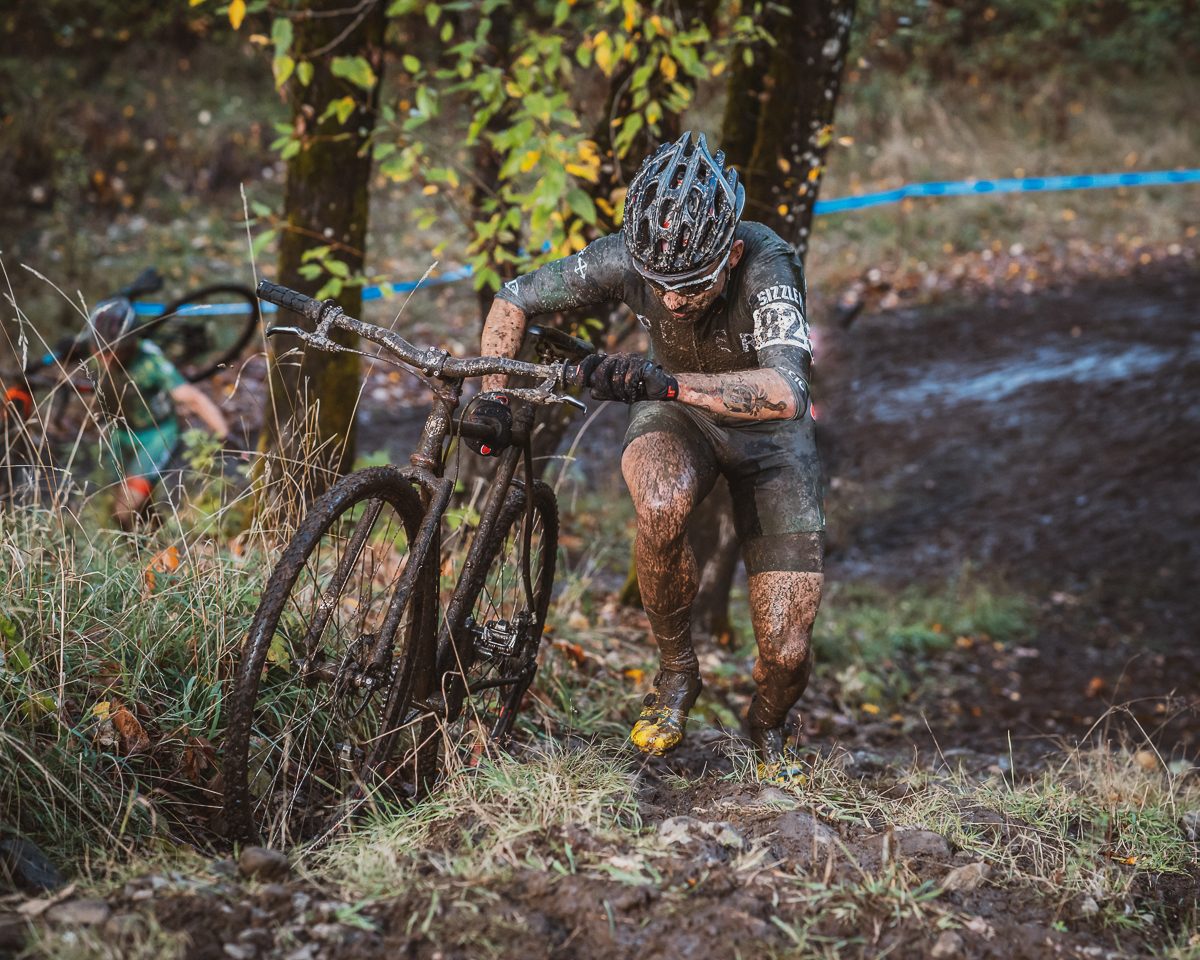 Additionally, in Oregon, the quality of racing is very high. In other words, to be fast in Oregon, is to be fast nationally. When one combines this with the size of the fields, you get races that are very deep and fast. This is great for developing top riders. Our men and women riders go on and do very well in major races and even World Cup events. As I type this, the newly-minted Pan-American Under-23 champion Clara Honsinger, a Portland resident and mechanic at Sellwood Cycles, is representing the United States in Tabor, Czech Republic at a World Cup event.

In terms of what goes on outside the tape, there’s a tangible difference in the way we appear to enjoy our racing as well. In Bend, I saw fans lined up at the tape for most of the course and in some places 3-4 deep. If I had to guess, it was as well attended as Nationals last year in Reno. A visit to “Tent City” at a Crusade race is to really get the flavor of the Oregon fan. The cyclocross fan in Oregon knows the sport and the riders well. The heckling is (usually) creative, fun and supportive. 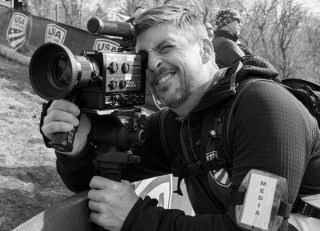 And then it all ends. Suddenly. Perhaps prematurely. As the rest of the world begins its 2nd half of the season, we pull the plug. And that’s perhaps a good thing. We pack in a lot of racing. Our scene burns hot and if it kept going, I wonder if it would just fade and lose its value.

When one documents through a camera one is forced to really look at the scene and evaluate. When I created my film “State of Cyclocross,” it became apparent to me that at the national level cross is at a bit of a crossroads in terms of its own identity, but I see the state of cyclocross in Oregon as a vibrant, fun, wonderful and very accessible phenomenon.

Thanks for checking out some of my favorite images. I hope to see you at the races in 2019.

— Drew Coleman (catdcxracer@gmail.com) is a cycling and action photographer, writer and filmmaker based in Sellwood. He is the Director of the film, State of Cyclocross which is currently screening at various venues in the United States. Follow him on Instagram and YouTube.

That shot of Luciano is brilliant. Anyone racing OBRA has a lot of love for that guy.

As someone who’s never raced outside of Oregon, this was a really interesting piece to read.

Great write up.
I moved from Portland last year (to the supposed hotbed of cross in New England), and man do I miss OBRA. USAC racing here is insanely expensive and I just couldn’t justify it this year. With a one day license, I was looking at roughly $50 to do the beginner race ($75 if I wanted to race in a tougher category). So more than a dollar a minute for a 40 min. race.

Oregon is doing it right!

Not saying those races are necessarily worth the cost but you are definitely paying for USAC points. Which only a couple dozen racers in Oregon actually care enough about to chase in WA and CA… maybe more would if he had some USAC options. I think it’s a hot topic right now because of nationals in Tacoma next year and top local guys were already traveling this season to get USAC points (which essentially just help with “qualifying” and start position, to put it vaguely).

That’s the problem. The majority or racers don’t care about USAC points. They just want to have some competitive fun.

Yeah. It’s a bit of a joke. USAC’s only option for a “cross only” license is a slightly discounted two year membership for $125 (which would be good for 2019 too). I don’t know how USAC thinks they’re going to get more people into the sport with these prices. Heck I’ve been in the sport for years and I refused to pay them this year! It doesn’t help that there are only 1-2 cross races within 40 minutes of my house.

The cross-only license from OBRA is a steal!

OBRA does not offer the cross only license anymore but the annual is only $35 and you can get a one day license for $5 and race in any category unlike USAC where you can only do the one-day in the beginner category. So, if you are doing less than 7 races per year the one day from OBRA is an option.

OBRA’s cross-only license WAS a steal. They did away with that this year to get everyone on the same annual license. Still cheaper than USAC, but don’t be surprised if the costs go up again. As it is, pre-reg for Cross Crusade races are up to $32 each now. Again, still better than USAC, but I suspect they will continue to inch upwards as OBRA continues to try to re-align with USAC. Hopefully not to the detriment of people who just want to have some fun and don’t care about USAC points.

If your brakes go out during a sanctioned race and you have to use your foot to slow down, shouldn’t you stop racing before running someone else over? This isn’t Zoobomb, after all.

I wear many hats
Reply to  ricochet

Mike Saviers is an animal and rides in complete control at all times, with or without brakes. That hill is a down slope but the speeds experienced on it do not require more than a foot drag or flintstones stop.

This course is notoriously gritty. Half the course is a gravely, muddy abrasive slurry, the other half is sand pits. Disc brakes are grinding away regardless if your actually engaging them or not. I technically still had some material on my pads after but likely would have bottomed out my travel if I had to go down this hill one more time this year. It was essentially a race to put new pads on before and then again after. He wasn’t the only guy to lose brakes and this picture is quite literally the only point on this course you need brakes, I think most would give a skilled rider like him a pass. If your not as experienced and it happened it would be understandable to just dismount down this hill and continue riding given the circumstances.

Great pics, even better summary of the scene. You captured my sentiments about how lucky we are and how enjoyable it all is. Thanks Drew! That shot of Saviers is photo of the year.