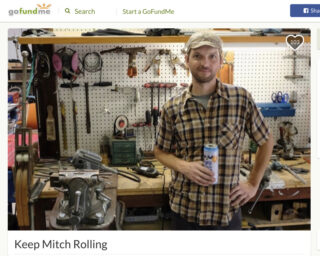 Mitch Pryor and his MAP Bicycles burst onto the Oregon building scene in 2008. Less than a year later he took home Best City Bike honors at the North American Handmade Bicycle Show.

Mitch left Portland for Chico, California in 2012 to be closer to family. He had recently opened a shop nestled in the woods in Paradise. I haven’t heard directly from Mitch yet, but friends say his new home and shop were completely destroyed in the fire. He lost everything — parts, supplies, machines, tools — and escaped with only the clothes on his back. 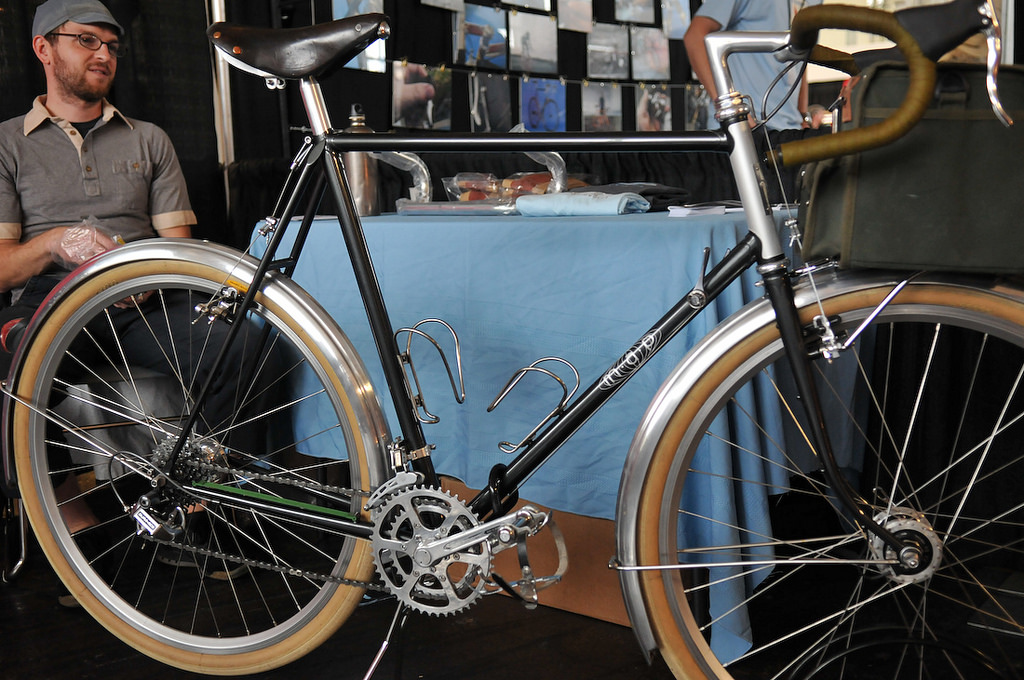 Mitch and one of his beautiful bicycles at the 2010 Oregon Handmade Bicycle Show.
(Photo: Jonathan Maus/BikePortland)

“Mitch told me he didn’t see his house go up,” wrote friend Chris Smitherman on a GoFundMe page set up to help him out, “but when he left his property embers were landing on his roof and trees were starting to catch fire.”

Another friend of his told us Mitch was in the process of returning to Portland. “The people that sweat to bring us beautiful bicycles typically barely squeak by and Mitch is no exception. And now this.” the friend wrote in an email.

If you’ve appreciated Mitch’s work and want to help him keep building bikes, consider dropping a few dollars into his fund.

I hope he comes back to Portland. I’m sure the community would step up help him out.

Glad he’s safe, but what a loss. The pictures of the fires are nightmarish–Paradise, just gone. My heart goes out to California.

This is heartbreaking. Mitch is a nice guy with immense talent working at a craft that doesn’t make you a rich man. I hope he can get back on his feet.

Updated: His house and shop did burn to the ground. The ask on GoFundMe (see the page for updates) has been raised, and it is still taking donations.

dang. thanks for clarifying that dp.

Jonathan — you wrote
“The Camp Fire that ravaged through the small town of Paradise, California… ”

For clarification, the population of Paradise/Magalia CA was 37,000 people. Same population as Oregon City or McMinnville. More of a “mid-size city” than a small town.

Paradise didn’t figure on most people’s mental maps of cities in northern California, just because it’s completely off the beaten path — no highways run through it.

(Again, just for geographic correctness, no bearing on the story).