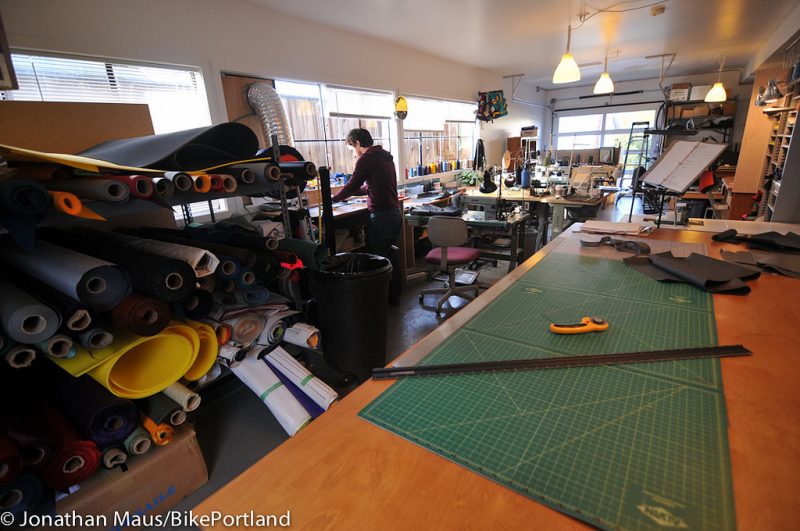 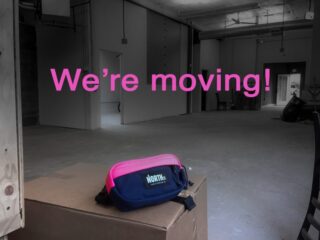 The eight-year-old company that started in founder Curtis Williams’ basement will move to a 1,750 square foot sewing facility and retail space at on the corner of SE Hawthorne and Poplar. Their current space on SE 23rd just south of Clinton has become cramped as the company’s business has grown.

Just about three years ago North St. expanded at their current location, but it’s still not big enough.

North St. has found an enthusiastic market for its ever-expanding line of panniers, duffles, hip-packs and backpacks. We’ve watched them grow from a newcomer at BikeCraft in 2009 to a well-established business.

“This expansion will allow us to hire more talented makers and increase our production volume,” said Williams in a company statement.

The Clinton shop is set to close on March 8th and the first day of business at the new space is March 12th. The new showroom will be open 11:00 am to 6:00 pm seven days a week. Stay tuned for a grand re-opening party. Keep in touch at NorthStBags.com.

Love their bags. Have been so happy with my Morrison and my brother has been using my old Route Six for a couple years after I finished with it. I wish they would choose another fabric though. Cordura is owned by Koch Industries. Knowing that, I probably wouldn’t buy one of their bags again unless they chose another fabric, then I would in a heartbeat.