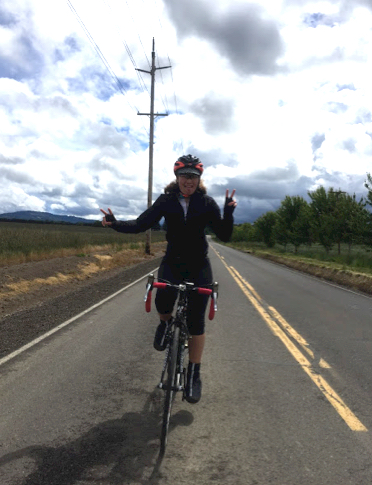 This is me on a flat stretch of road where I remembered how to ride with no hands.
(Photos and words by Abby Koonce)

This post was written by 14-year-old Sellwood resident Abby Koonce.

My name is Abby Koonce and I am sharing my story of the 2017 Joyride as a way to encourage other people to join us for next year’s edition. I am 14 years old and I am going to Benson High school this year. My parents are cycling fanatics so I suppose it kind of rubs off.

This was my second year doing Joyride with my mom. The ride is organized by Cycle Oregon, the organization mostly known for their big week-long ride.


This year’s Joyride was really fun because it was more familiar and didn’t seem as busy. My mom and I did it again, but this time we met a group of people and rode with them. Two of the people in our group were the same age as me, and I really enjoyed getting to know them. Cycle Oregon organized the same route as last year, but this year they reversed it. I saw a lot of things that I recognized, including the large grassy area that this year was being used for a wedding. 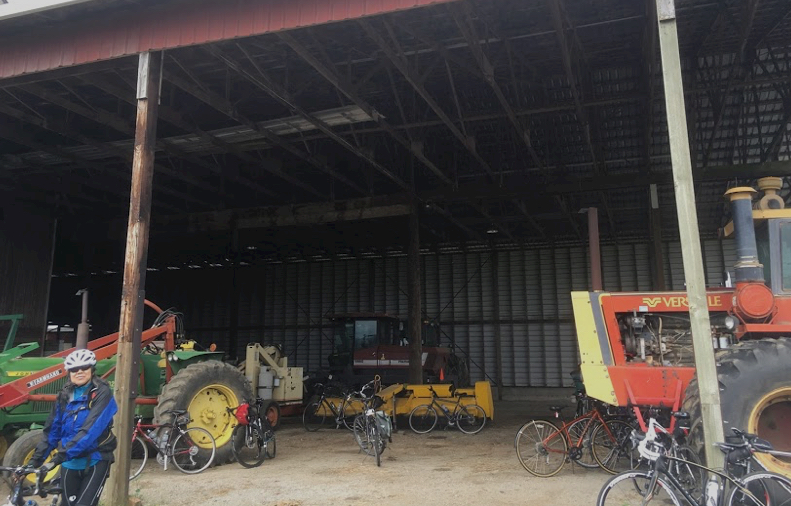 The first rest stop was next to a barn. 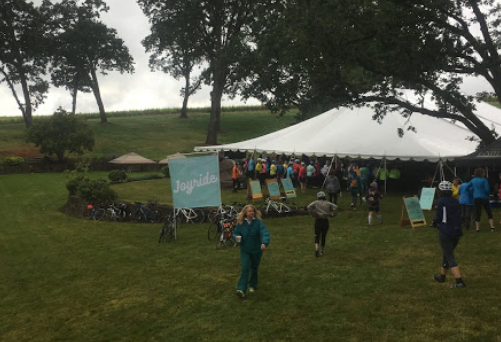 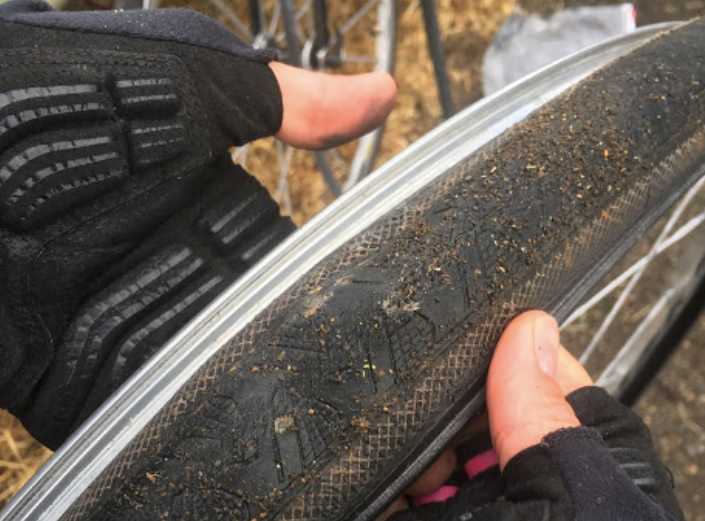 Damaged tire. As you can see there is a large hole in it, and Susan Koonce (my mom) could see her finger through it when she checked for the cause of the flat. 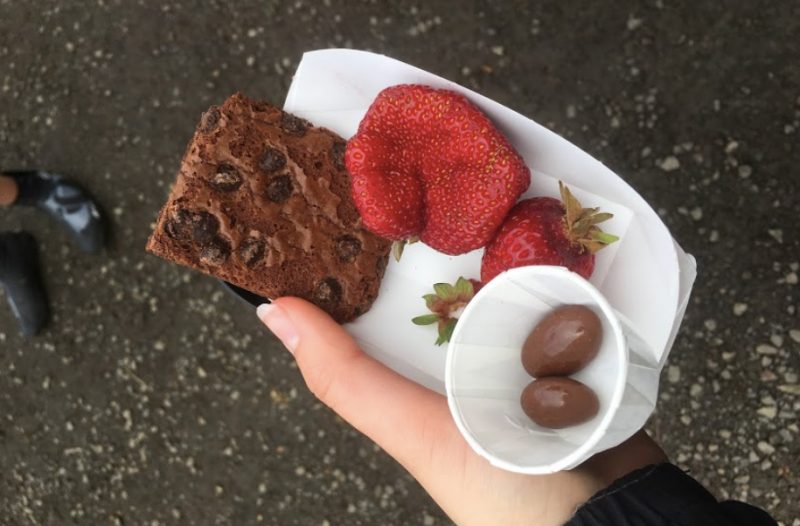 This year the snacks were a little more varied; but very similar to last year with yogurt and granola (not pictured) and ‘brownie brittles’ with fresh strawberries and chocolate covered nuts. Yum!

Once again, we did the 60-mile route and survived. Our average speed was about 12 miles per hour, and 5 minutes in we had a flat tire. One of the girls in our group had a very worn out tire, to the point of it needing a tire boot. Luckily Bike Gallery was at the first stop and they were happy to help us. 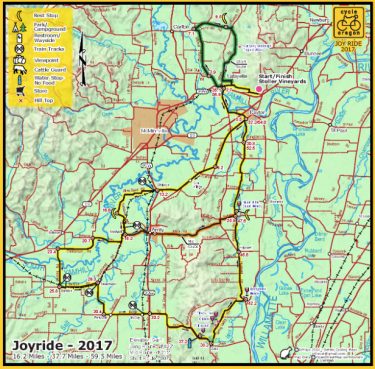 This year’s routes were based from Stoller Vineyards east of McMinnville.

The first rest stop was the most memorable, because it had the most people and lots of bikes. The volunteers were friendly and offered second and third helpings of everything. There was even a cat. The site was an old open air barn with even older farming equipment. The lands around the barn had no animals, and there was no house that I remember. We leaned our bikes against the old equipment, and there was a massive line for the toilets. The rest stop had no music, sadly, but lots of food. After the rest stop, we had about 20 miles to the next one.

The next stop was just a water stop, so we weren’t there long. After that there was another rest stop, but we didn’t stay at that one very long either. When we finally reached the end there was a sausage-chicken dish, salad, some sort of salmon thing, and dessert. The dessert was a shortcake biscuit with berries, jam, honey and whipped cream. The music was by a band called Corner and I thought they were really good, and there was one large group of ladies who were dancing.

I have to say that this is a great ride for women of all levels of experience as there are different lengths of the ride. I would definitely recommend it for everyone even though few of my friends actually ride bikes often. Cycle Oregon’s Joyride is a great way to get on your bike with a group of friends, and it’s also a good way to make friends.

Cycle Oregon is a BikePortland advertising partner. Stay tuned for more coverage and photos from their Weekender ride July 7-9th.

I hope you will continue riding and sharing your experiences.

Thanks for the write up Abby! I just may need to round up some lady friends to check this out next year.

Great report. Makes me want to ride it with my family!

Great report, Abby! I felt like I was right there riding with you as I read it. I am so proud of you!

Hi, just me letting you know I finally got around to reading my emails, once a month or so, well maybe every other month. Love the write up made me think I should get the bike tires pumped up, never seems to be enough time so many things to read and so much garden to work on. Would you be willing to ride with an old duffer like me?
Love you
Grandpa (the old biker dude)