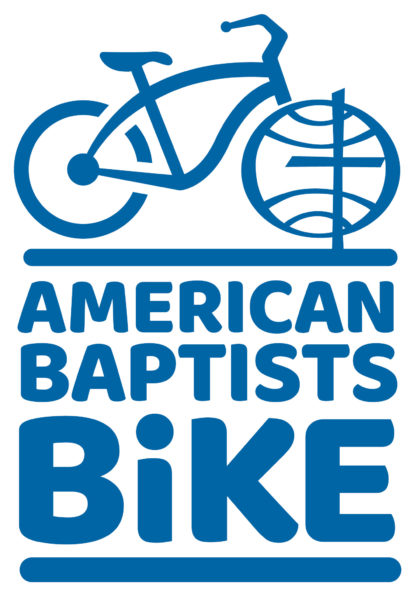 On June 30th Portland will add another notch to its bike culture belt: An attempt at the world record for most clergy on bikes.

It’s an idea hatched by 42-year-old G. Travis Norvell, an American Baptist pastor of a church in Minneapolis and self-described, “gospel-centered liberal.” Rev. Norvell will be in Portland later this month for the 2017 Biennial Mission Summit and will use the occasion to spread the gospel about one of his favorite topics: How bicycles can help connect communities, improve public health, save the planet and further the church’s mission all in one fell swoop.

Norvell isn’t shy about his love of cycling. In a Medium post titled, Bicycling Toward Justice, he drew inspiration from the Montgomery bus boycott and Civil Rights Movement to implore his fellow clergy to ride bikes more often. On his Pedaling Pastor blog, Norvell mixes biking tips with passages from the bible. In one post he shared the text of a bike blessing he gave fellow riders at the start of the 30 Days of Biking challenge in April:

What can befall you?
Check your brakes, oil your chain, pump up your tires.

What can cause you anxiety?
Watch our for cars, potholes, and thrill seeking squirrels!

Norvell has made it his mission to get more clergy on bikes and has seized on the upcoming Baptists Summit in Portland to make his largest statement yet: a world record. The last two summits were held in Overland Park, Kansas. Norvell says he understands why that venue was chosen; but the location “felt like a fun desert.” “You couldn’t walk anywhere, poor bus service, and no bike share programs to be found. This year, however, the meeting is in Portland!” he wrote on his blog. While he’s eager to lay down the “most clergy on bikes” marker, Norvell says he can’t wait for his record to be broken. “I want the Lutherans or the Methodist to smash our record,” he wrote. “I want clergy and non-clergy riding bikes, getting healthy, exploring their communities, saving the planet, seeking economic and racial justice, gaining courage and putting a smile on their face. Because the world needs courageous and joyous people right now.”

Norvell hopes to see over 200 fellow members of the church join him on June 30th for a half-mile bike ride and an attempt at an official Guinness World Record (the record doesn’t exist yet, so he applied to create it and hasn’t heard back). Worried about getting bikes for all the participants, Norvell got in touch with the operators Portland’s bike share system. Biketown has agreed to provide bikes for the event. For a $10 registration fee, Summit attendees will be allowed to use a Biketown bike for the day and get a special t-shirt and water bottle.

Reached via email this morning, Norvell said, “The hope is that if they can ride a bike in Portland with friends then they’ll ride when they go back home. And I am convinced if more clergy and people of faith ride bikes we can help make the world a better place.”

Middle of the Road Guy
Reply to  SilkySlim

Is everything so black and white to you?

Now now, no need to get hot under the collar.

There’s the Portland “open-mindedness” that I love…….

Middle of the Road Guy
Reply to  SE Rider

I love how a nude bike ride is completely normal, but some religious folks on bikes? Creepy? Seriously?

Just yesterday my comment pertaining to you and others not being tolerant of others in regards to cycling as enjoyed in their lives has received thus far, 57 thumbs up.
It took you less than a day to verifying the pattern.
I’m a friggin atheist.
I grew up in the south.
I have a huge personal aversion to organized religion, but I’m open minded enough to see that this preacher is attempting to bring awareness to cycling in the realm and social scope of those his life may touch.
I may never share the dinner table with him, but rest assured if I could have a choice between dinner with him or you, I’m gonna pick the Baptist.
What’s your deal?

J.M., thanks for sharing this story. I may pray for their success.

Forgive me if I find a bunch of goyim riding down the street spreading their holy gospel to be creepy. Notice how only Christians are included in his vision of “a better place”.

“I want clergy and non-clergy riding bikes, getting healthy, exploring their communities, saving the planet, seeking economic and racial justice, gaining courage and putting a smile on their face. Because the world needs courageous and joyous people right now.”

I am convinced if more clergy and people of faith ride bikes we can help make the world a better place.”

“People of faith” is a dogwhistle term for Christians. Whether he’s doing it maliciously or not isn’t the point. The point is that not everyone cares about his “faith” and there’s no need to push it upon others. Christianity is inseparable from this – the entire religion is based upon acquiring new converts by force or otherwise “spreading their faith”. No thank you.

Hmm, think you’re stretching a bit here. I’m guessing he used this specific terminology because the event is intended for baptist clergy, so he’s talking about getting more people that he happens to deal with more often on bikes. That sentence (when kept in context) doesn’t sound to me like he’s talking about making the world a better place because bikes will allow him to spread his religious message, more that just getting more people on bikes will make it better.

Yeah, it sucks when people try to push their beliefs on you when you’re just minding your own business and trying to read a nice post on a new scenic bikeway.

bigotry has many flavors doesn’t it?

I hesitate to wade into this, but I saw his “people of faith” remark a bit differently. Pastor Norvell is a self-described “liberal”—something I would bet you’d agree not a lot of other “people of faith” are. I understood his comment to have roughly the same meaning as “if we could get more conservatives“—those typically most opposed to bike accommodation—to ride bikes. True “converts”, if you will. If we can get those people to start riding, then won’t the battle be won?

I would also add that getting significant numbers of people to consider riding bikes in place of car trips will involve “spreading the gospel” of what many here consider to be the “better life” that can be had with reduced car use. Some of those we would like to “convert” consider “us” to be attempting to achieve higher bike use numbers “by force” (see: “war on cars”). But really, aren’t we merely attempting to show how much better life can be without so many cars? Aren’t we headed for a deadly automotive hell of sorts unless we repent? Won’t bike advocates have the most success if they can get people to realize that the car overuse lifestyle isn’t working, and there’s something better out there? How will they believe if they don’t hear, and how will they hear unless someone preaches?

>>> Pastor Norvell is a self-described “liberal”—something I would bet you’d agree not a lot of other “people of faith” are. <<<

Not to get too far into this, but there are many liberals "of faith". They're just not as visible politically for various reasons.

You should meet some Christians in Portland and other cities. Plenty of us would describe ourselves as “liberals”.

“…there are many liberals ‘of faith’.”

Not denying this whatsoever. I was somewhat responding to stereotyping with stereotyping. (He says, putting the other foot in it…)

>>> The point is that not everyone cares about his “faith” and there’s no need to push it upon others. <<<

How, exactly, does this ride push anything onto you? I also don't care about his faith, but I find the idea of this ride to be great. Bikes aren't just for people of approved faiths.

Middle of the Road Guy
Reply to  Hello, Kitty

yeah, he won’t be able to admit what he said was intolerant. It’s a nice label to throw around at others, but then there is that pesky mirror.

And yet we have “trans -only” bike rides in town.

Diversity works both ways, even if it results in self-segregation.

“The point is that not everyone cares about his “faith” and there’s no need to push it upon others. ”

Remember when anti-gays used to loudly complain about Pride parades and other visible gatherings of gay (or friendly) people, equating it to “pushing the gay agenda” on everyone?

How is complaining about self-identified Christians gathering on bicycles any different?

“the entire religion is based upon acquiring new converts by force or otherwise “spreading their faith”.”

Actually, no. The religion is actually based on peace, love, compassion, tolerance, and forgiveness. Aggressive evangelism is not necessary.

You’re right about the historical (and current) behavior of some of its adherents. Not trying to “push” my religion on you, just pointing out that the behavior you describe often conflicts with the actual scriptural message.

Just don’t respond. His posts just serve to get a reaction out of people.

rachel b
Reply to  monkeysee

Well, history and everything. I understand why Adam H feels the way he does.

I don’t agree with Adam’s views on this one, but goyim isn’t an insult.

You may hold that opinion, and you’re certainly entitled to it, however based on my personal friendships, and reading modern thought by many scholars it is. The world is moving forward. That’s as much as I’ll offer up here any longer on this. Just as a loose indicator here based on thumbs up the majority sees my point.

Dude, stop looking for issues to be aggrieved about.

I am moderated here because the owner thought I was rude to someone a couple months ago.
Adam H can just be rude and obnoxious every day apparently.

Well he is a PAYING member.

Membership has its privileges.

Adam H., I wonder how you would respond if someone referred to a group of rabbis riding bikes was "creepy". Do you only object to certain types of bigotry?

only 200? seems like the Mormons break that record every day…

Fun idea! The more people on bikes, the better.

I’m disappointed that after SilkySlim got us off to a great start everyone else avoided writing a follow up pun like the plague. It’s like there’s a Crusade to not be funny in this comment section, I almost feel like you would be crucified for telling a joke. I guess Travis is really preaching to the choir on this site, but surely we can find a brighter side here!

Can’t we all just take a sabbatical from these holier than thou comments?

Middle of the Road Guy
Reply to  SilkySlim

I will tomorrow. Though technically, it would be Saturday for me.

If Jesus wete real and came to town, he’d be riding a bike. Probably a dutch bike because of all the robes….

I think the idea and approach is fantastic. Totally don’t get Adam’s grumpiness here.

The only thing that is too bad about his plan is that the pastor is going to find out that actually going through the Guinness process costs many thousands of $$.