The most anticipated weekend of cyclocross in Oregon is just two days away.

With half of the eight race Cross Crusade series in the books, organizers have a special event in store this year with a few new surprises and an entirely new course. Thousands of competitors and fans from throughout the state are expected to make the pilgrimmage to Bend for the traditional Halloween weekend. As usual, the festivities will be based on and around Deschutes Brewery in Bend’s Old Mill District.

As you get your cowbells, bikes, bodies and costumes ready, here are few things to keep in mind… 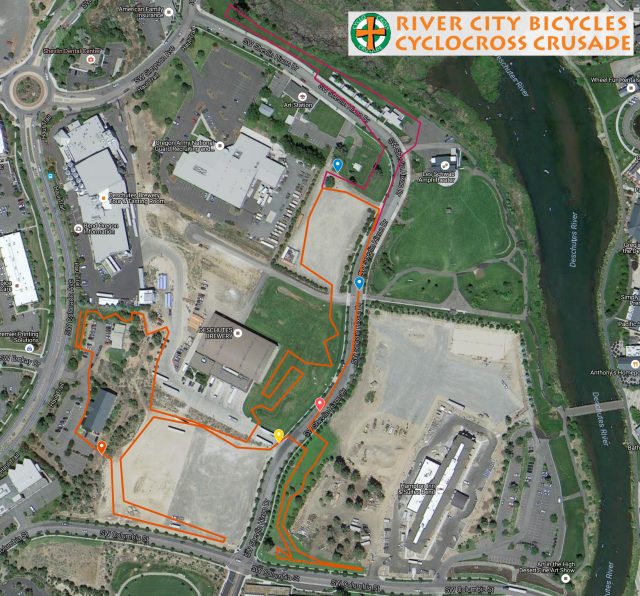 There’s an entirely new course this year. It’s got a bit of everything: straight pavement sections, tight trails, and is likely to have some unexpected surprises. Organizers say race sponsor Red Bull is “bringing something very cool,” to the course. We’ll also get to pedal closer to the Deschutes River than ever before as the course winds its way behind the Les Schwab Ampitheater. Oh, and there’s a massive stair run-up that already has people buzzing. Our friends from Deschutes Brewery shared this preview video of it on Instagram on Monday… 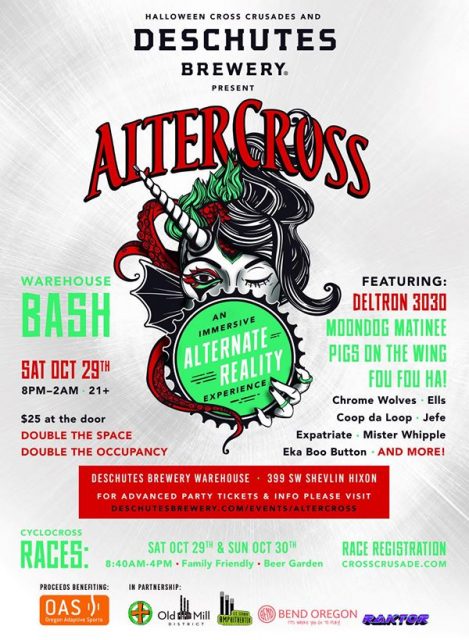 As is tradition, there’s a huge blowout party on Saturday night. This year it’s called “Altercross” and it’s a benefit for Oregon Adaptive Sports. The name is a reference to what organizers describe as, “An immersive alternative reality experience.” “The theme dictates anything can happen,” they continue, “from light, airy, whimsical & fun to dark, scary, creepy & odd… and everything in between!” These parties are known for excellent on-stage entertainment and this year is no different with over a half-dozen acts already lined up.

The headline band is Deltron 3030 an “alt-rap” trio from Oakland, California whose 2000 album, “warped space, bent time, transcended genre and blew minds, creating an album that still stands today as one of the most important records in the annals of underground hiphop.”

In years past this 21-and-over party has had to turn people away, but it’s in a new, larger space this year. Advance tickets are already sold out but plenty will be available at the door for $25. Check out the official event page on the Deschutes website or the Facebook event page for the latest updates. 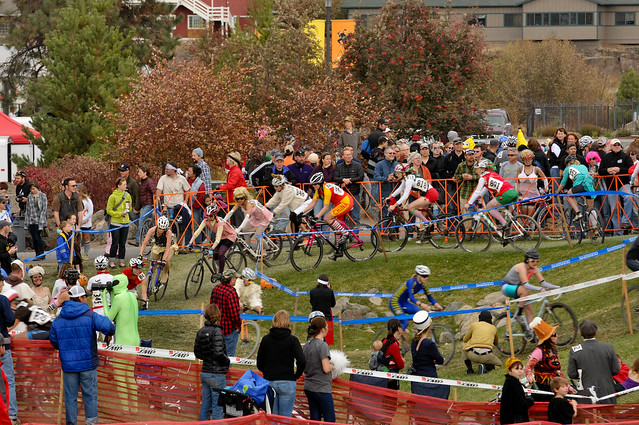 If you want to experience true Oregon cyclocross — and arguably one of the best-run ‘cross events in America — you won’t want to miss this weekend. The team vibe is always strong at this event and this year will be no different. You have the best racers in the state, one of the largest race series in the world (in terms of participation) and the silliness and fun of Halloween costumes all over the place (the official costume day is Sunday). And did we mention it all happens on the grounds of one of the 8th largest craft brewer in the U.S.?!

There will also be a cross-country running race thrown into the mix on Saturday afternoon.

If you go the event, look for me and say hi. I’ll be there all weekend to race and soak up the atmosphere and I’ll be spending some time in the Giant Bicycles booth showing off my new bike!

Closer to home, I see that the Luscher Farm Crosstoberfest is happening on Saturday. That’s on Rosemont Rd close to Stafford Rd. Food, drinks/beer, music and much more! 8am to 4pm, costumes encouraged! http://www.ci.oswego.or.us/crosstoberfest