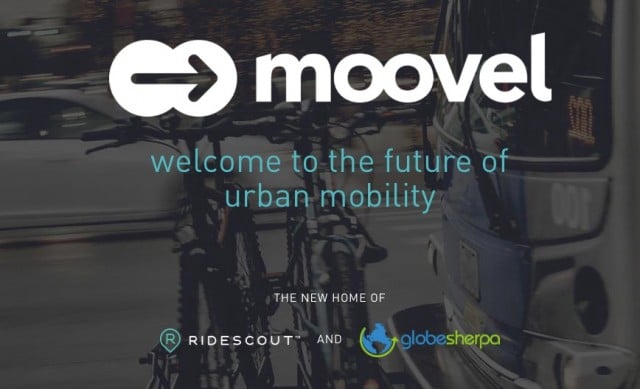 Whether or not the City of Portland succeeds in its bid for a $40 million “Smart City” grant to advance a collection of ideas about digitally connected transportation, the private sector is already leaping forward on similar lines. 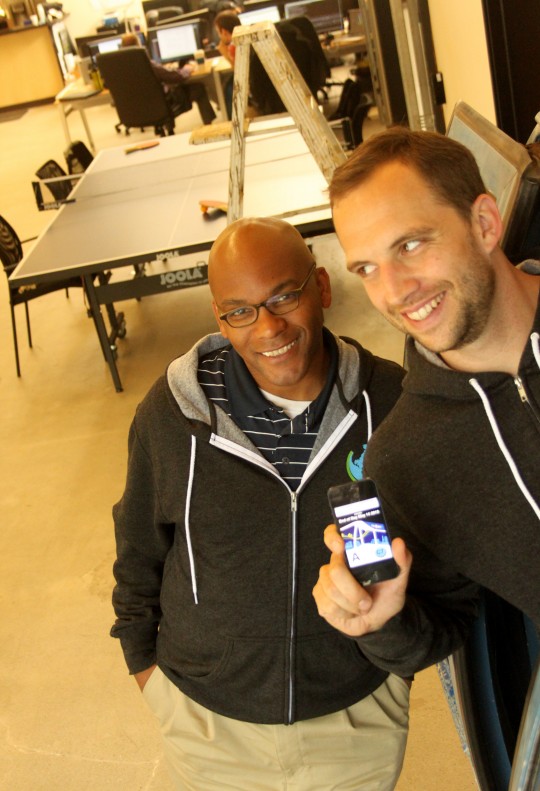 Last week, two startups that have been near the front of digital transportation innovation in the United States merged under a single mission, brand name and CEO — all based in downtown Portland.

GlobeSherpa, a Portland-grown company that makes mobile ticketing apps for transit agencies, joined with RideScout, an Austin-based company that helps people plan multimodal trips (think bus to meet a friend, bikeshare to go somewhere with them and Lyft to get home at night) to form Moovel North America.

Both brands were previously acquired by the unit of German automaker Daimler that also owns car2go, the point-to-point carsharing service that has been disproportionately popular in Portland. Daimler, meanwhile, has a major corporate location in Portland: Daimler Trucks North America.

DTNA happens to be celebrating the opening of a big bike-friendly new headquarters on Swan Island — more on that later today.

In any case, Moovel NA said in an email Thursday that Nat Parker, GlobeSherpa’s CEO and co-founder, has been named CEO of the combined operation. GlobeSherpa spokesman Mac Brown said the change had been “in the works” since July, when the Daimler family acquired GlobeSherpa.

Michael Gray, GlobeSherpa’s other co-founder and like Parker a Portland State University grad, remains as chief technical officer of the combined company.

Both the Portland and Austin offices of Moovel NA are adding staff, Brown said.

This news is promising because the best bet for replacing today’s transportation culture in the United States — “when in doubt, use a car” — is to make it cheap and easy to use the right tool (be it a train, your bike, your neighbor’s pickup or whatever) for the right job.

“At moovel, we believe that mobility is an ecosystem — a group of interconnected transportation modes that form the fabric of our cities,” is how the company puts it.

It’s great to see a company like Daimler, which currently makes its money from cars, working to find profits in getting people away from cars instead. And it’s great to know that a good chunk of that work is being done here in Portland.

right tool for the job sparks a thought to riff off of the old hammer/nail saying:

When the only way to get around is a road, the right mode looks like a car.

When all your tax dollars are spent on roads, the right way to get around looks like a car.

When your only way to get around is a car, the right investment looks like a road.

Heh. It looks like you and I were thinking along very similar lines at the same moment.

As much as I’d like to see a radical shift away from cars altogether, the realist in me can applaud these incremental approaches.

One of the effects of car-mind on our culture is the desire to find a single, monolithic solution to every difficult problem, because that’s what the private automobile looked like: the perfect-for-everything solution to all transportation needs.

But every solution poses new problems, and the more monolithic the solution was, the harder the those problems will be to accept, and then solve: there’s this one giant chunk that now needs to be taken out of the very middle of everything.

So Daimler putting money behind something that involves smaller modules – bikes, buses, trains, AND cars, apps, data, new technology – seems like the only rational way forward.

So help me out here trendy logistics guys who make bank strokin’ devices.

A car I purchased in 1995 was driven 400 miles in 2015. The only reason for keeping this is to enable living in the Sierra (virtually) off limits to affordable rental “solutions” or urban focused “share” modalities. I’m not talking packaged “vacation” for a week or two here. It would take hours to explain. I’m not wired for full time immersion in whatever you choose to call it.

The “blue book value” of this very nice 150k mile car is less than 50% of what I can get from any one of my four bicycles in 30 minutes on craigslist. New tires for this car cost over half, and add nothing, to its KBB value. There is no choice, just the auto racket with its military industrialized bend over and “request a quote” stonewalling crap. This system is beyond economical repair as well as totally insane. Yet, were all forced to inhale its poison.

Just an example of a typical challenge dealt with daily living here on Earth?

I’ve been de facto car free for 10 years since I learned the finer points in Portland. Thank you! Of course, I can no longer afford such a special place.

How do I live life without the stupid car. I refuse to ban myself from a sanctuary that keeps me SANE just to be the perfect 100% car free icon.

How do I live life without the stupid car. I refuse to ban myself from a sanctuary

You answer your own question. I know you know this and are probably being sarcastic, but some systems will never be built out to sparsely-populated areas.

In common with the railroads, telephone service, sewer and water lines, paved streets, electrical lines, television reception, cable television, and cell towers that preceded it, this type of innovation is ALWAYS deployed from centers of population (and wealth) outward.

B. Carfree
Reply to  Rain Waters

My sparsely populated sanctuary is all the more special for the time and effort it takes me to get there without a car. That said, who cares if people choose to drive a couple hundred miles per year? If you can keep it down to that, good on you. Nicely done.

By the way, you might be interested in the way I insure my one, non-operable car. My All-State agent charges me $15/year for a comprehensive-only policy. Then, on those rare occasions when I rent a car to drive, I send him an email and he turns on full coverage for $1.50/day. To make it even better, I get a $75/yr multi-policy discount, so I actually get paid to have car insurance. At some point I need to find out just how much of this pile of steel I need to keep ahold of in order to continue with this set up.

B. Carfree
Reply to  B. Carfree

I wish we could edit these things.