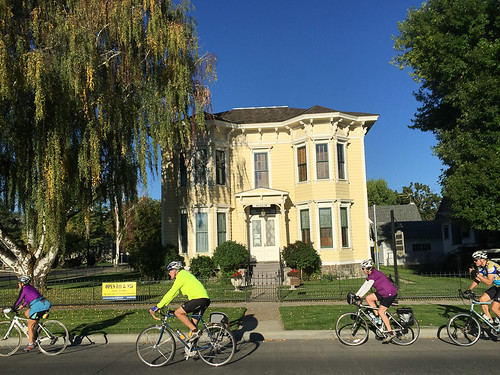 Today’s ride had to be one of the easiest first days in Cycle Oregon history. A smooth and easy 51 miles from Baker City to Farewell Bend State Park south of Huntingon (and just across the Snake River from Idaho).

With a nice tailwind, freshly paved roads, and a total elevation loss of 1,300 feet from start to finish, it’s as if we haven’t even earned the luxurious food and support that organizers lay out for us around every corner. Suffice it to say, spirits were very high out on the road today. And that’s good, because people are much easier to talk to when they aren’t tired and cranky from a tough route.

Here are a few of the people I met on the road today:

Gresham, Oregon resident Jeff Anderson caught my eye because of his old jersey. I noticed it read “Cycle Oregon II” and I had to find out more. I assumed he was an old Cycle Oregon veteran but it turns out he bought the jersey off of eBay for $8. What a find! Especially becaus the second Cycle Oregon is the first time they made a jersey — therefore Jeff can honestly claim to own one of the first Cycle Oregon jerseys ever made. “I only break it out once a year,” he said. 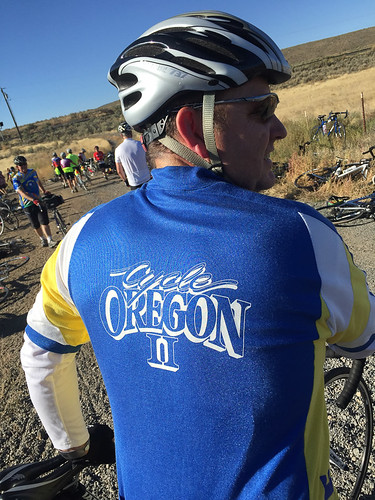 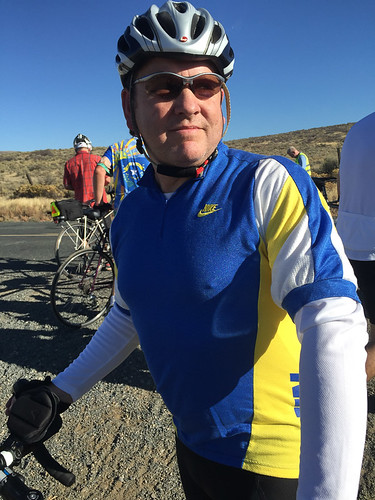 And here’s Kendall KIC from Portland. Yes, her last name is spelled with all caps. “Hey, it was the ‘80s!” she explained, “And now it’s become my identity.” Then the road turned downward and she pedaled away while screeching in delight. 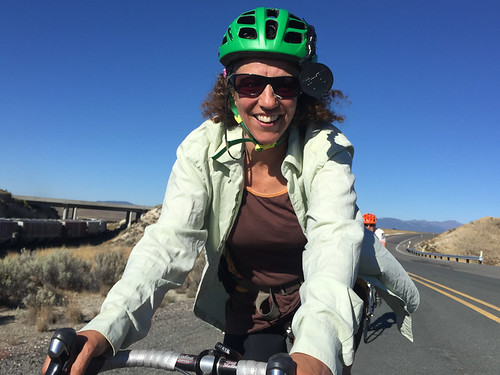 Mary Donahue from Olympia Washington is one tough cookie. I noticed she had a brace on her arm as I rode by so I struck up a conversation. Turns out she had a bad fall and damaged her arm three months ago. After taking a lot of time off the bike she had to get a recumbent because of her arm injury. She’s only put 50 miles on the new bike, but she was determined to take part in Cycle Oregon. 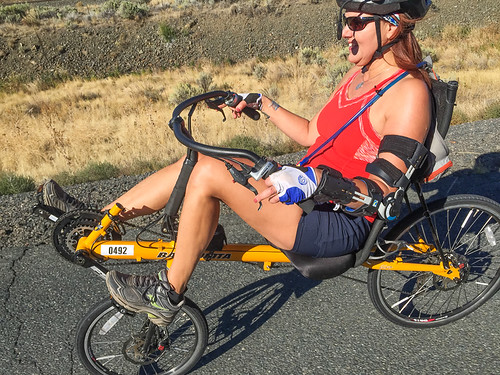 These wonderful looking ladies are Karen Painter (L), Carlyn Venable, and Patty Zunino. They said they wear these crazy wigs so they can find each other easier. I think they just like making the scene and having a crazy time. 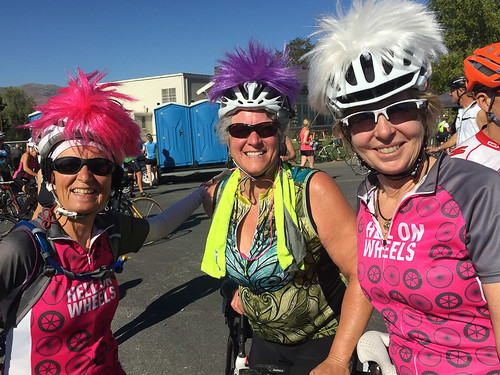 Jeff Inman is another one of the many first-timers on this year’s ride (40% are newbies, according to the organizers). He just started biking a year and-a-half ago. “I was walking my dog with my wife and my knees were in pain,” he shared as we pedaled on Old Highway 30, “So my wife said, ‘Get on your bike’. So I took one lap around the country club, then two, and now so far this year I’ve ridden 3,700 miles.” Jeff had planned to do it with his dad, but in his words, “Then he got hit in the head with a raquetball and died, so that didn’t work out.” Jeff then planned to do the ride with his friend, but a cancer diagnosis took him out of the plans as well. So Jeff still showed up, by himself, and he’s having the time of his life. 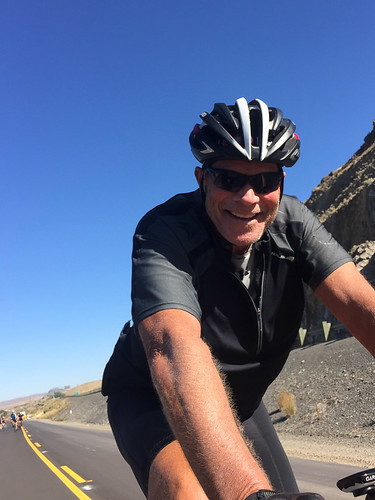 I met Richard Ringelstetter in front of Streamliner Lounge in the historic town of Huntington. He was outside the bar listening to the Packers versus Bears football game on the radio through his phone. 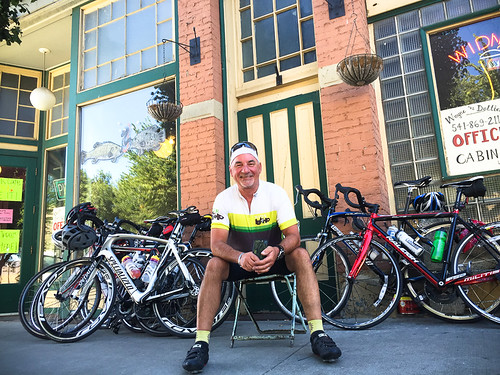 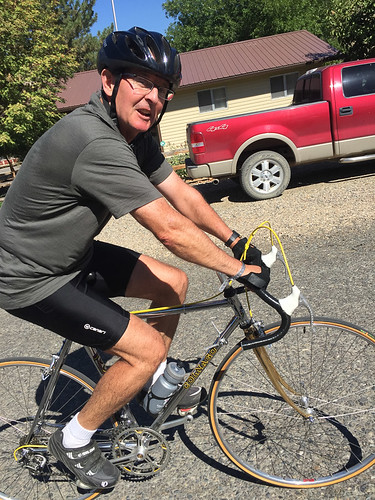 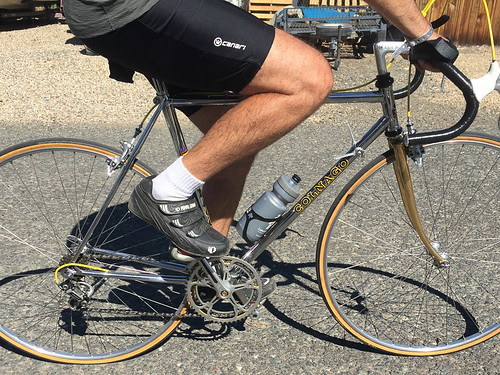 And last but not least is Richard “Dick” Gasser, mining engineer and Huntington’s town historian. Born in Oregon City, Dick beguiled me with tales of gold mining all over the west. “I’ve found more gold than you can ever dream of,” he said through his bushy white beard as he stood on the steps of the town’s methodist church (built in 1910). Dick’s craziest story? He once spent 20 days in a jail in Bolivia for refusing to turn over gold to the country’s president. Then he escaped by running away from armed guards. “By the time I hit the road outside the prison,” he said, “you couldn’t have caught me with a 747.” 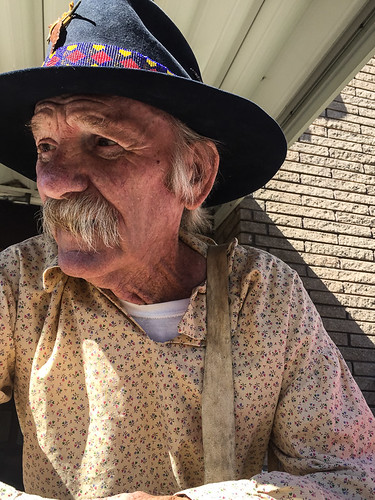 As I was talking with Dick, a man walked up who was also interested in history. It was Robert Miller, who happens to be on the Board of Trustees of the Oregon Historical Society. Naturally, he wanted his photo taken with Dick… 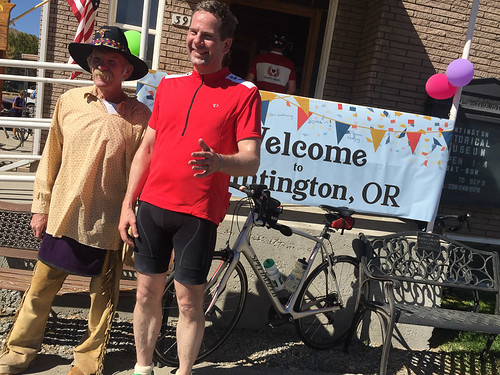 Now that you’ve seen the faces, here are the places from today’s ride… 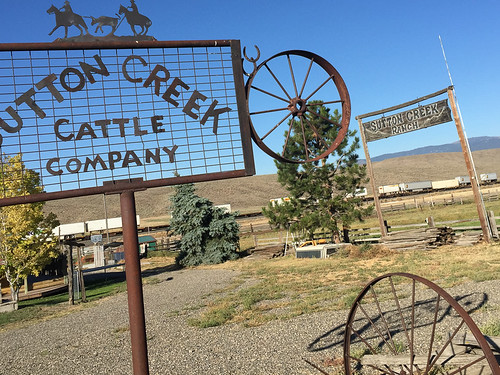 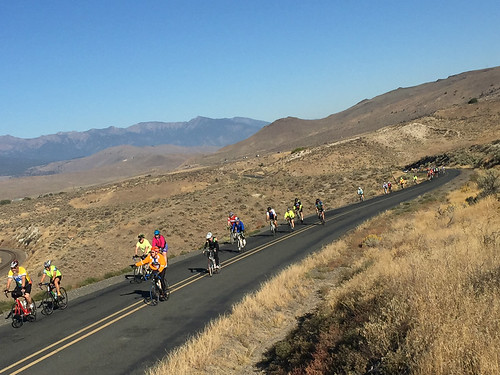 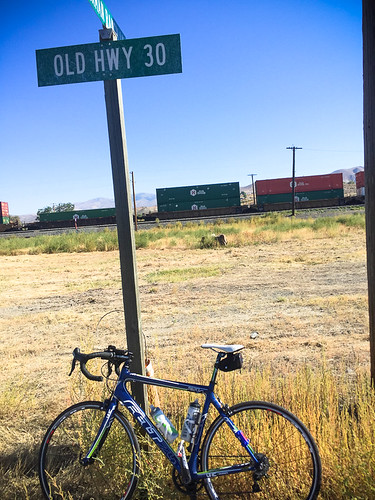 I love road names that begin with “Old”.

First rest stop on #rideCycleOregon and Charlie from @trailheadcoffeeroasters is already wowing the crowd with his pour-over system. 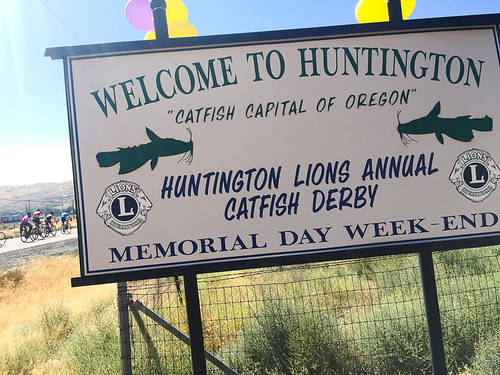 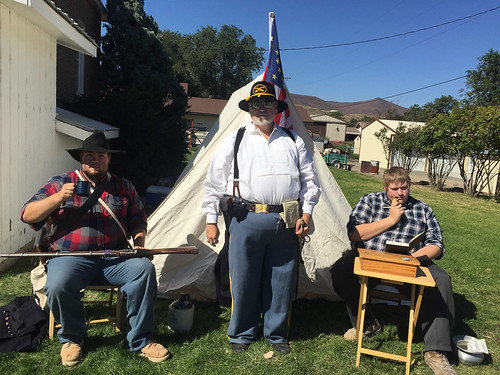 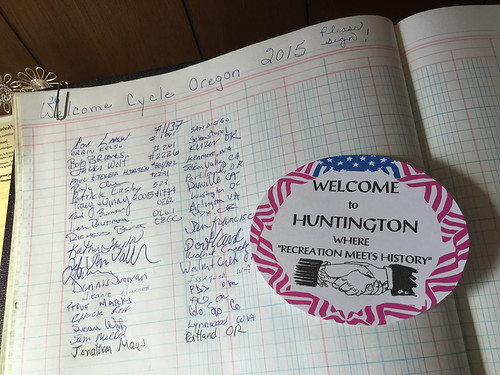 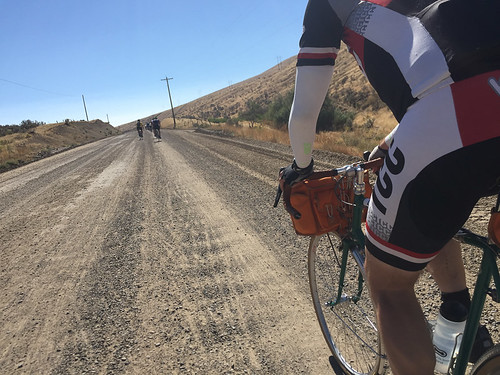 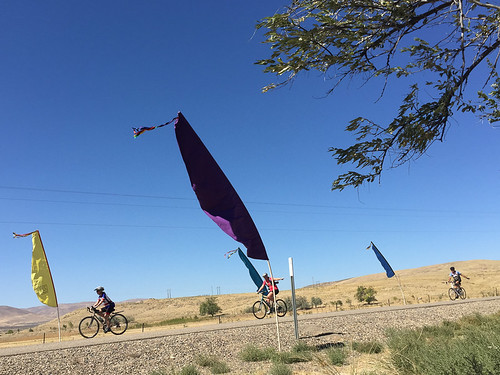 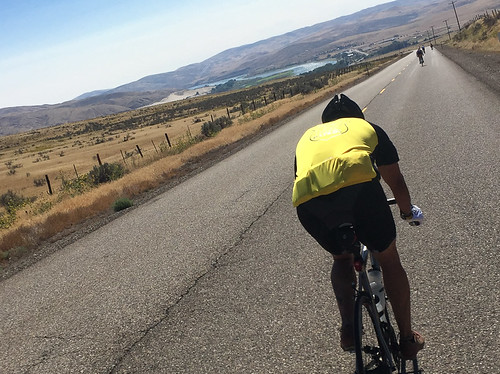 Fun descent with Farewell Bend State Park in the distance.

And tonight we’re settling in at Farewell Bend State Park. It’s an oasis surrounded by a dry and desolate landscape. It’s also a well-known part of the Oregon Trail history. Here’s what I found written on an interpretive sign near our campsite:

Juicy article from a dry part of the country. Hope you enjoy the climb tomorrow.

I actually rode cycle Oregon II, I signed up married and rode the ride divorced. We both had our separate camps and friends at our sides. That’s also when Cycle Oregon had the communities provide the food, you never knew what you were going to get. I think it was only $350 too.

I once watched a half day of Cycle Oregon riders ride past my place. Very few looked like they were enjoying themselves. Some were obviously stressed. Didn’t look like much fun to me especially considering the cost.

Not putting it down, but If ever there was an event for affluent white folks, Cycle Oregon is it. Such a shame people of more diverse ethnic and economic backgrounds cannot have experiences like this. It could change their entire outlook on life.

I’ll bet them white creepy-ass crackers have a very diverse set of ancestors. Also, who said there weren’t any non-whites in the group? Doubt this one article has a photo of every face. Stop being a racist bigot.