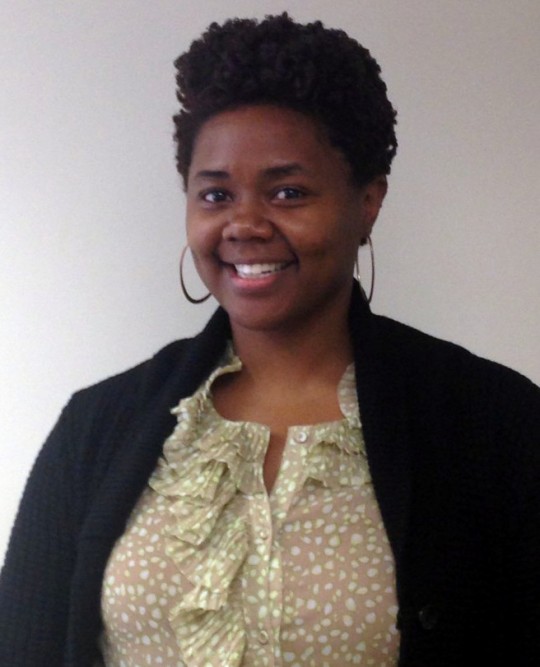 In 25 years, half the U.S. workforce will be of Latino, black or Asian descent — so if you ever plan on having a nurse, you’d better start caring about social equity.

Wells, who’s headed to Portland for a keynote address Monday to the Oregon Active Transportation Summit, spoke with me by phone on Thursday about the dilemma of improving neighborhoods without raising rents and whether a new president is likely to roll back federal transportation policy changes.

You’ll be talking about transportation equity on Monday. Could you explain that a little?

Achieving equity is something that has to be done intentionally. A lot of communities, especially low-income communities, communities of color, people with disabilities, aren’t able to take advantage of transportation improvements. We already see the negative impacts in health disparities. Even the pedestrian death rates, they’re much higher in proportion.

I’m a transportation person now. I come to the work from more of an economic opportunity perspective.

I grew up in Southern California, and especially with all the lovely weather we spent a lot of time outside. There was no fear of cars, you know, speeding past us at 30 mph or faster. Now in Washington DC I live in Northeast. When I leave home every day I walk to the bus stop. Oftentimes the path that I have to take, I notice there are not really sidewalks. Then I get off at Farragut North, and you have designated bike lanes.

I’m on my neighborhood association board here in Portland, and the other day we were talking about a project to create our neighborhood’s first park. We all thought this plan was great, but then one board member who is a renter like me said, “But if we make this nice thing, the rent is just going to go up.” I realize you can mitigate that some by subsidizing housing, but you’ve still got the larger issue, right? How do you pick that lock?

Frankly, city planners have to prioritize accessibility. Transportation-oriented development — a lot of states and regions have these climate change plans. Part of their plan is to preserve a percent of affordable housing within a certain distance. You have to prioritize who you give the land to and you have to designate how this land is supposed to be used.

It seems to me that it’s easy for people, public officials in particular, to smile and nod when they hear about equity and say serious things and promise to think hard about it, and then not actually change anything because they may not be personally excited about the issue. What can get members of a dominant group excited about helping members of other groups?

It’s going to affect us all. In 1980, 80 percent of the U.S. population was white, 12 percent was black, 6 percent was Latino, and Asian was 1.5 percent. By 2040, whites are expected to be 50.9, blacks 13, Latinos 25 percent. Think of it as the share of the workforce. It’s in your best interest to make sure that you have an accessible quality care workforce. Also that they can have transportation.

“You also need to make sure that you’re investing in your communities, because your community is what helps you thrive as well.”
— Melissa Wells on why transportation equity matters

You also need to make sure that you’re investing in your communities, because your community is what helps you thrive as well. We’re all self-interested; you can’t do everything on your own. You need people to stock the shelves at the grocery store.

It’s an argument, and I think it’s compelling, but it still requires people to think.

In terms of getting politicians to act, they want to see the rallying cry, like how the Tea Party was. They were vocal enough and they were able to have a bullhorn. so I think it also requires elevating the issue. It just takes continuing to talk about it, I think.

From your vantage point in Washington, where do you see the federal Department of Transportation going? It seems like Ray LaHood and Anthony Foxx have been pretty committed to changing culture at USDOT. Is that an Obama thing? Is that a Democrat thing? Or is that an institutional thing and it’ll still be there under Scott Walker or whoever?

Will it change? The answer is yes, but how it would change, I couldn’t forecast it. I think we’re in a good direction. There’s just been a lot more coordination and willingness to listen to what’s happening. I haven’t followed this debate as long as others have. But even [1991 federal transportation bill] ISTEA, it prioritized low-income and disadvantaged communities. MAP-21 was weaker, and it happened under Democrats. The best way to advocate for changes is to propose something that’s needed and to show that it’s being implemented, show some successes of where this policy recommendation is taking shape.

It would help if Portland had a district-based city council.

Not if the council members still had bureaus. Should there be a strong mayor, or city manager, or elected bureau heads in conjunction?
Thoughts?
An elected head of PBOT might be a good thing.

Good questions and good answers. “It’s going to affect us all.” “We’re all self-interested.” Very true.

I still don’t see an answer on how you improve infrastructure without that making that location now more desirable, thus driving up rents and house prices and property taxes. Some Cully residents were concerned that a city program to bring sidewalks to their neighborhood would raise housing costs and displace people. I have yet to hear even a suggestion of how to address this.

Chris I
Reply to  Doug Klotz

They shouldn’t worry, because the city has no funding and thus, no intention to start building sidewalks in these neighborhoods.

perhaps that is because you can’t. anyone that says you can add needed infrastructure to a run down neighborhood and not raise the property values is lying.