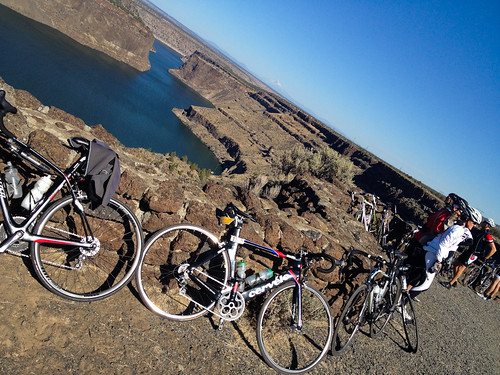 [Disclaimer: I apologize for taking the day off my usual photographing duties. For the first four days carried about 20 pounds of camera gear on my hips. It’s a great set-up; but it’s a chore to carry. (For those who have asked, I’m using Think Tank bags holding a Nikon 300Ds with a 17-55/2.8 lens on one hip and a 70-200/2.8 on the other.) While I love shooting Oregon’s amazing roads and landscapes, I also love to ride my bike. It was so nice to just focus on the road and my pedaling, without constantly scanning for good photo-ops and without having all that extra weight hanging on my rear end. Stay tuned for more — and higher-quality — images from Day 6.] 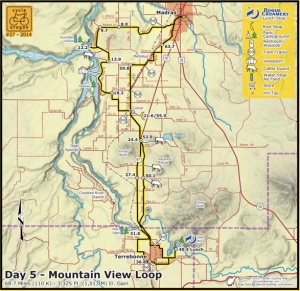 With today’s ride, we’ve completed our quest for the “Magnificent Seven” Cascade peaks by pedaling alongside the Three Sisters and Mt. Washington. Cycle Oregon’s route gurus devised a fantastic, 68-mile journey from our camp in Madras, south to Terrebonne and Smith Rock State Park.

My big discovery of the day was Mountain View Drive, a great road for bicycling that hugs Lake Billy Chinook where the Crooked and Deschutes rivers come together. From Mountain View Dr. there are several gravel road outlooks (they’re unsigned, so you’ll have to keep an eye out for them) that give you jaw-dropping views of the Three Sisters and Mt. Washington across the steep gorge and Cove Palisades State Park. It’s no surprise that this road is part of the official Madras Mountain Views State Scenic Bikeway.

From there, we headed south through the sweet little farming town of Culver, whose mayor was so thrilled to have Cycle Oregon in town she served drinks to us at the rest stop. 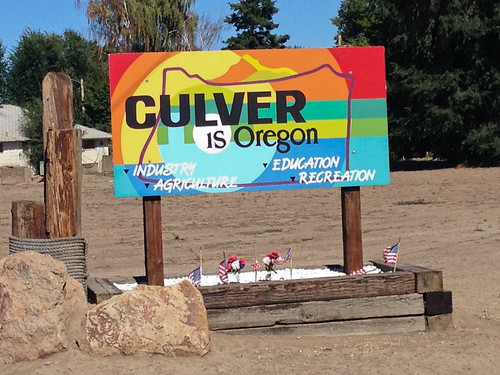 From Culver, we continued south to the Peter Skene Ogden viewpoint. I’ve seen this dozens of times from Highway 97, but have never stopped. That’s one of the greatest things about Cycle Oregon — taking time to explore things I usually just drive right on by. At the park, we hung out on the old highway bridge that was built in 1926. It spans high over Crooked River Canyon. It’s a breathtaking sight.

The next place we pedaled by was Terrebonne, major horse-country that borders Smith Rock State Park. The area has a great, old west feeling with classic ranches, big rock canyons, and beautiful horses standing tall in the midst of it all.

The day’s big attraction with Smith Rock State Park. Cycle Oregon has a knack for finding lunch spots in the best locations and today’s was no exception. We devoured our sandwiches and fruit while gazing at the awesome geology of Smith Rock. 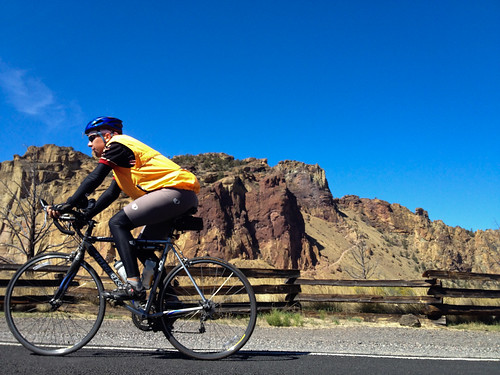 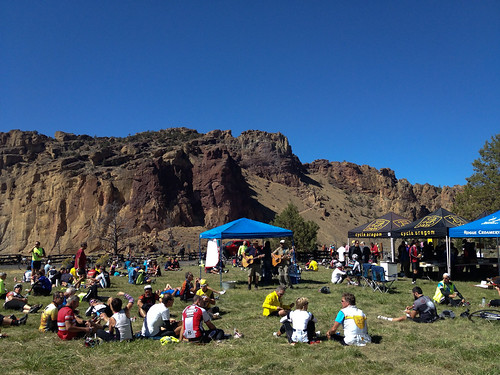 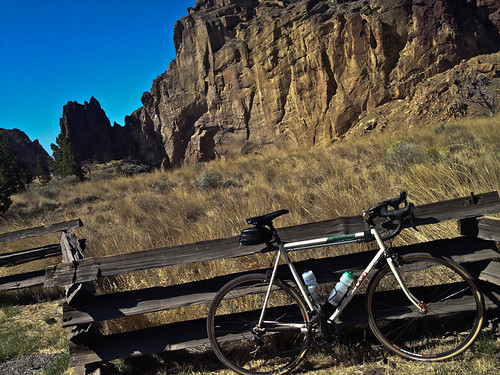 Again, sorry for the lack of photos from this ride. Tomorrow I’ll be back out there working hard with my real camera and I think you’ll love the images.