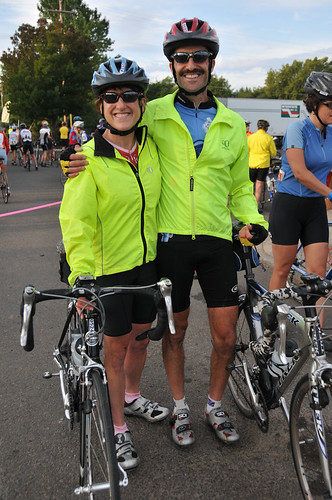 State Sen. Jackie Dingfelder figured out the only way she could possibly get any greener: she’s cutting her commute from Salem to downtown Portland.

The Alice Award winner, Columbia River Crossing opponent, environmental consultant and presumptive “Environmental Champion of the Decade” in the state legislature (that’s from the Oregon League of Conservation Voters) starts a new job Monday as a senior policy advisor to Mayor Charlie Hales.

A Hales spokeswoman said Tuesday that because Dingfelder’s background is similar to a few other Hales staffers’, she hasn’t received any bureau assignments yet. She’s likely to receive a portfolio after her first week.

Bicycle Transportation Alliance Advocacy Director Gerik Kransky called the hire “great news for the city of Portland and not as great news for the Oregon legislature,” where Dingfelder has chaired the Senate’s Environment and Natural Resources Committee.

In a biannual legislator rankings project, lobbyists and staffers polled by Willamette Week rated Dingfelder as one of the Portland area’s three best-regarded senators.

“What you see is what you get,” one business lobbyist said of Dingfelder’s legislative M.O. “Which ain’t much unless you are capable of photosynthesis.”

Wherever she lands at the mayor’s office, we’re glad this fan of bikes will still be doing the public’s business here in town.

Update 8:36 am: Sen. Dingfelder writes to add that she “will not miss commuting via car to Salem and I am very excited about getting back to a regular bike commute to downtown. FYI, I regularly biked to my meetings in the district and I’m all set up with rain gear, waterproof panniers, and lights!”

What about a cable lock? A lot of our city/state officials seem to not have gotten that memo.

g-darnit. I meant ULOCK. I was distracted and having an in-face conversation. (Actually about Kryptonite’s new – smaller, cheaper chain lock just available in time for the holiday season!)

It is unfortunate that Oregonians won’t have Senator Dingfelder to bolster the votes against bad legislation such as the Oregon-led Columbia River Crossing. I believe she was the lone Senate Democrat to vote against the last CRC bill.

Hopefully she’ll advise and succeed in getting Mayor Hales to drop his support for the counter-productive and environmentally toxic CRC.

Best of luck to Ms. Dingfelder!