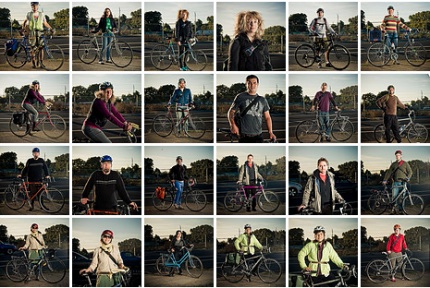 Thumbnail images from a project by Jim Golden to photograph people bicycling on N. Williams Ave in Fall of 2008.
– More of Golden’s images below –

Several weeks ago I got an email from Portland-based photographer Jim Golden. He had seen our People on Bikes series and wanted to share a similar project he did a few years ago.

In October and November of 2008, Golden posted a sign on a utility pole on N. Williams Avenue. The sign read “Cyclists: Commuter Documentary Project Today: Have your photo taken with your bike!” Golden set up his equipment and captured the many people who pass that location on bikes. The result is a set of photos that beautifully capture people who bike in Portland. See a few of them below… 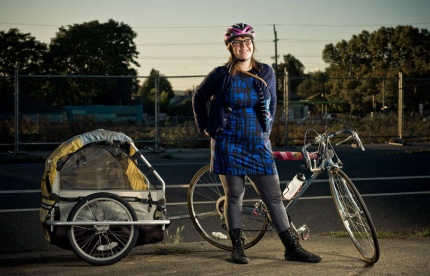 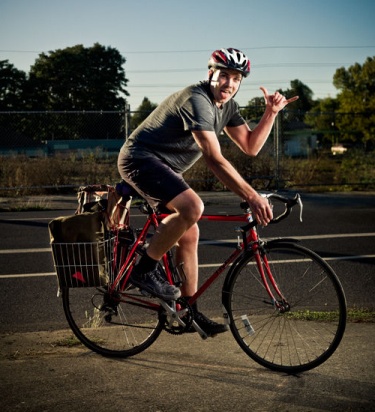 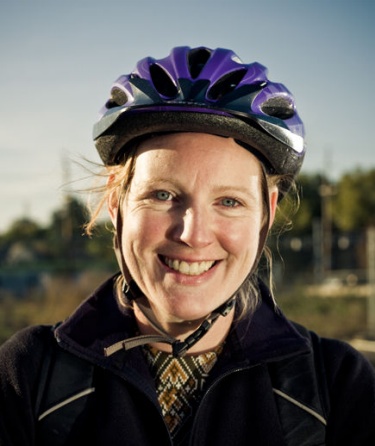 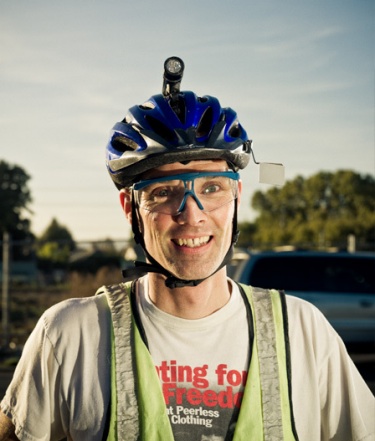 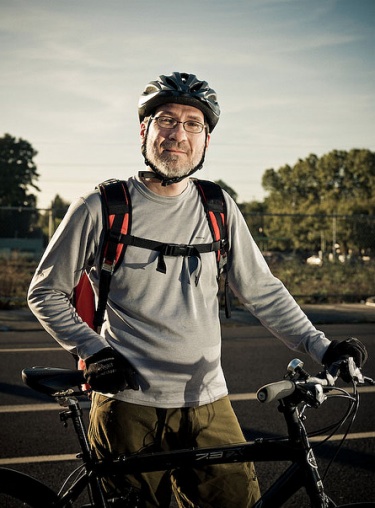 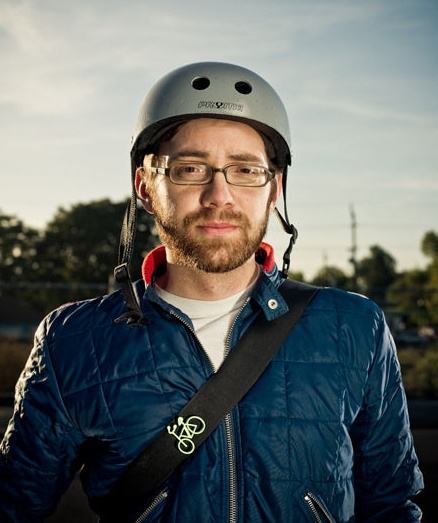 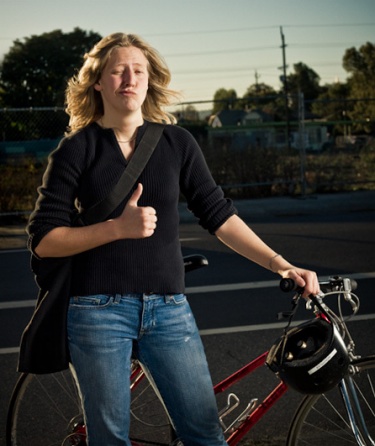 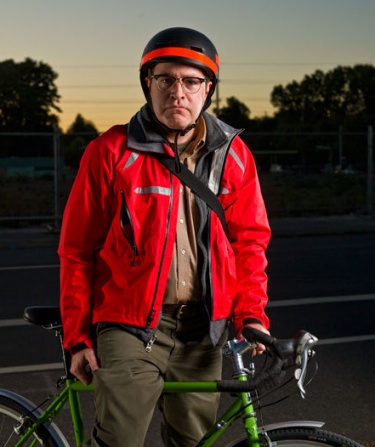 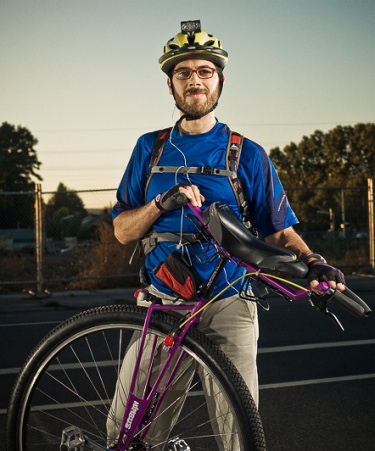 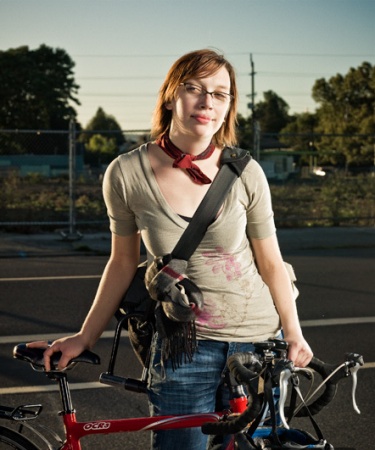 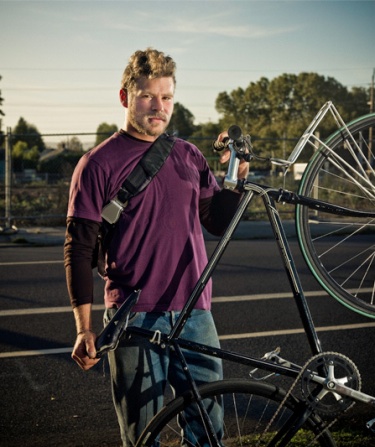 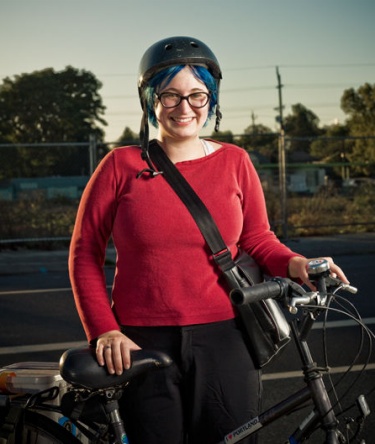 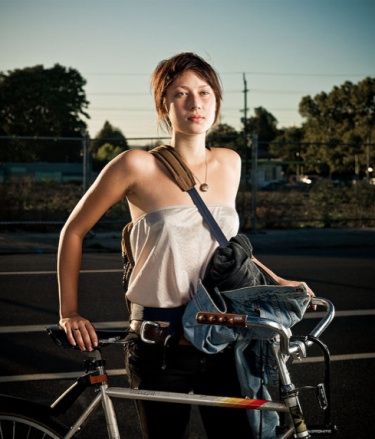 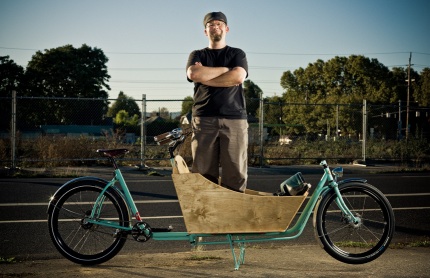 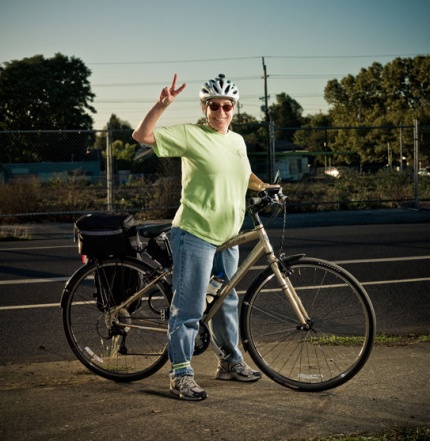 You can also view the full gallery of images from Golden’s shoot on his Flickr page. See more of his work at JimGoldenStudio.com.

Beautiful pictures!
They made me think, though: this is N Williams, and everyone is (for the lack of a better word) white. I wonder how much prettier the bike-inspired art will be in our city when we can use the whole light spectrum.

BikeSnob has made references to Portland cyclists being bearded. Being bearded and bored I took Golden’s Flickr page has an opportunity to conduct a quick survey.
Of 43 men pictured there were 15 full beards, 2 mustaches and 3 chin onlys for a total of 20, a fuzzy curation rate of almost 50%.

White folks love complaining about too many white folks.

not really. some white folks think it sucks that non-white folks who used to live in our neighborhoods have been forced to move. variety is the spice of life, jocko.

So these are shot just with the Hasselblad and no additional lighting? Looks great!

thx jonathan…
this was fully voluntary, so sex/race/whatever was up to whomever stopped…every single person who stopped is on the flickr gallery http://bit.ly/g06zPp

There’s lots more non-white folks bicycling in inner N/NE now than there were in October 2008.

Great photos, a real snapshot of Ordinary Folks riding for transportation in Portland.